What’s ours is ours; and what’s yours is ours, as well. This is one of the primary messages coming from Muslims following the recent decision to transform the Hagia Sophia museum—which was originally built, and for a millennium functioned, as a Christian cathedral—into a trophy mosque again.


The recent, deliberate display of the symbols of conquest further underscored the sense of Islamic triumphalism:

The first day of prayer since the Hagia Sophia’s change in status was last Friday [July 24]. Thousands gathered under dark drapes covering the once glittering mosaics depicting Christ and the Virgin Mary. The top imam of the country, Ali Erbas, carried a sword while delivering his sermon from the tall minbar. When questioned about this he said: “This is a tradition in mosques that are the symbol of conquest.” Outside thousands more gathered chanting anti-Greek slogans. Commemorative coins were made in celebration of the event.

Rather than rejecting this emphasis on the jihadist nature of their religion (or at least pretending to), emboldened Muslims around the world are calling for the “return” of other structures.

“At the very least,” Sheikh Sultan bin Muhammad al-Qasimi, one of the rulers of the United Arab Emirates, said days after Turkey’s Islamic annexation of Hagia Sophia, “we demand the return of Córdoba Mosque [currently the Cathedral of Córdoba in Spain], which was granted to the church, as this is a gift which doesn’t belong to those [Christians] who don’t deserve it.”

Similarly, in response to Pope Francis’s immensely succinct if not timid reflection concerning the Hagia Sophia’s transformation into a mosque— “I think of Hagia Sophia, and I am very saddened”—

Turkish historian, Mehmet Özdemir, retorted in an interview that Pope Francis “should also feel sad for the mosques converted to churches during Al Andalus.” Another Turkish historian, Lütfi Seyban, reiterated the same point, stating an injustice is being perpetrated against the world’s Muslims for not being allowed to pray in what was once the Grand Mosque of Córdoba, which is now serving as the Catholic Cathedral of Our Lady of the Assumption.

The message is clear: If the Hagia Sophia, which everyone knows was built and served as a cathedral for a thousand years can, without challenge, be transformed into a mosque—with sword waving imams to boot—surely the Cathedral of Córdoba, formerly the Grand Mosque, should be returned to a mosque.

But was it, in fact, originally built as a mosque, as so many claim, or was it, too, originally a conquered church?

In a recent Catholic World Report interview devoted to this question, Darío Fernández-Morera, an associate professor at Northwestern University, and author of The Myth of the Andalusian Paradise, provides much evidence to support the conclusion that “not only was the [Grand] mosque built on a Christian site, but it was also built using materials from the sixth century Christian building destroyed by Muslims in the ninth century.”

The interview is worth reading in its entirety, as it gives lots of detailed information on Islam’s historic treatment of churches:

[W]henever Muslim chronicles mention Christian churches in Spain, it is only to gloat over their destruction or their conversion to mosques. But turning Christian churches into mosques has been standard practice during the Muslim conquests. For example, the famous Umayyad mosque of Damascus was built with materials from the great Greek basilica of Saint John the Baptist, which stood on the site and which was demolished by the Arab conquerors….

The origins of the Grand Mosque are no different:

[The] Christian basilica of Saint Vincent of Córdoba [erected in the sixth century] was demolished by celebrated Umayyad ruler Abd-al-Rahman I (731-788), whose statues adorn several places in today’s Spain. With its materials he had the Mosque of Córdoba built on the [same] site.

The fact that the Grand Mosque was, like so many other mosques, originally a Christian church—and returned to being one during the Reconquista—should put to rest any Muslim claims to the site of Córdoba. Thanks, however, to what should by now be a very familiar reason, this is not the case. Fernández-Morera continues:

Not surprisingly, the archaeological and documentary evidence [validating the view that the Grand Mosque was originally the St. Vincent basilica] is rejected by archaeologists commissioned by the left-wing municipal government of Córdoba, by an archaeologist from the Spanish Centro Superior de Investigaciones Cientificas, and by the United Nations Educational, Scientific, and Cultural Organisation (UNESCO), who do not want to admit anything that might undermine the Muslim claim to the Cathedral of Córdoba. They are on the same ideological side of those academics who deny the existence of a Reconquest. Nothing can be allowed to undermine Islam….

It’s important to keep in mind that not only has the unchallenged conversion of the Hagia Sophia into a mosque emboldened calls to transform the Cathedral of Córdoba into a mosque again; but this latter demand is meant to exonerate Turkey’s recent Islamic takeover. Consider Turkish scholar Khalid Yacinen’s logic on this symbiotic relationship:

When Spain expelled Muslims in the inquisition, it changed the Grand Mosque of Córdoba into a cathedral, where Muslims are forbidden to pray to this day … Turkey [on the other hand] has ruled to allow [Muslim] people to carry out prayers in Hagia Sophia. That hardly compares to getting arrested in the Grand Mosque of Córdoba for saying something in Arabic or converting it into a cathedral.

A true analogy with the history of the Cathedral of Córdoba would be to turn the site of Hagia Sofia and the building back into what it was before the Muslim conquest, namely a Christian site with one of the greatest churches ever built—the Basilica of Hagia Sofia, Holy Wisdom.

In other words, the only real connection between the two buildings in Spain and Constantinople is that they were both conquered by Muslims and transformed—or in the case of St. Vincent’s, cannibalized and regurgitated—into mosques. While one, the Hagia Sophia, was recently turned into a mosque, thereby signifying the triumph of Islam over “infidels,” the other remains a cathedral—and this is apparently intolerable, not just for Muslims but the Left, which thrives on denying and rewriting history. 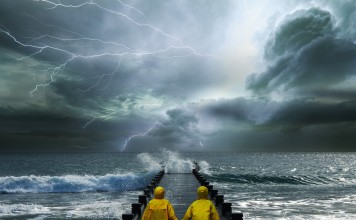 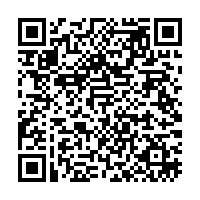