Almost 20 years ago, Natan Sharansky developed the “3D” test to distinguish legitimate criticism of Israel from anti-Semitism. Reproach of Israel crosses the line into dark anti-Semitism, he explained, when it devolves into demonization, delegitimization and double standards against Israel.


Similarly, I sense that reasonable disagreements with Binyamin Netanyahu are dangerously degenerating into demonization, delegitimization and double standards applied against him. With Netanyahu just re-elected as prime minister for a fifth time, fair and square, such brutish attacks must stop; else Israel itself will be roundly delegitimized.

In the recent election campaign, opposition leaders and left-wing journalists regularly compared Netanyahu to dictators like Tayyip Erdogan of Turkey, Nicolae Ceausescu of Romania and Benito Mussolini of Italy – parallels that are outrageously false and defamatory in the extreme. The hideous comparisons were extended to the entire Likud Party, as if all Likud members and voters bow down obsequiously in blind obedience to Netanyahu.

Former Prime Minister Ehud Barak, who remains an icon of the Left with a very high media profile even though he has gone batty, took to methodically denigrating Binyamin and Sara Netanyahu as Louis XVI and Marie Antoinette, the last king and queen of France before they were guillotined in 1793. Barak came very, very close to calling for a similar execution of the Netanyahus. Indeed, had someone taken a shot at the Netanyahus in the course of the campaign, I bet that Barak could have been charged with incitement to murder.

Equally demonizing was the depiction of Netanyahu (and his wife, Sara) as animals, especially pigs, or as mafia dons; even as “traitors” and “enemies of the people.” These were the characterizations employed regularly at the so-called anti-corruption rallies held weekly near the home of Attorney General Avichai Mandleblit; rallies where Mandleblit was called a “dishrag” and a “poodle of Bibi” too – until Mandleblit coughed up the demanded indictments against Netanyahu.

And note: Every single opposition leader from Avi Gabbay to Yair Lapid participated at one point or another in these intimidating rallies, and none of them felt the need to disassociate themselves from the ugly rhetoric, nor did the almost uniformly anti-Netanyahu media demand this of them.

Talk about double standards! You’ll recall that back in the bad-old days, when fierce right-wing demonstrations were held against concessions in the Oslo Accords and the wild Palestinian terrorism they spawned, the media and the political left skewered Netanyahu for every harsh statement made by right-wing activists and every ugly poster held aloft at rallies he attended – even when Netanyahu specifically and clearly disassociated himself from such.

This was case when Shin Bet provocateur Avishai Raviv manufactured a poster of Yitzhak Rabin in SS uniform, and some demonstrators called Rabin a traitor. Netanyahu denounced the poster and chastised the crowds who so denigrated Rabin. “He is a political rival, not a traitor,” Netanyahu emphatically declared. “We are one people.”

But that didn’t help Netanyahu. The Left continued to tar and associate him with the foul epithets and does so even to this day; even as the Left exonerates its own leaders from analogous and indeed much worse name-calling.

In March, Netanyahu said that he was going to sue Moshe (Bogie) Yaalon of the Blue-White Party for suggesting that the prime minister’s behavior in the submarine purchase corruption case “could constitute treason”; and similarly sue Yaalon’s colleagues Benny Gantz and Yair Lapid for calling him “racist” and the “most corrupt ever” leader of Israel. Perhaps Netanyahu should follow through on such a lawsuit, even though the Israeli voter already has handed-down its verdict in Netanyahu’s favor.

The demonizing and double standards against Netanyahu continue in so many other ways. It begins with accusing Netanyahu of divisive rhetoric, which when coming from Gantz & Gang is akin to the pot calling the kettle black. It continues with criticism of Netanyahu for hosting right-wing European leaders like Prime Minister Victor Orban of Hungary or for courting the fabulously pro-Israel US President Donald Trump.

But when Rabin courted a known terrorist enemy like Yasser Arafat, it was understandable and unimpeachable. And when Rabin vituperatively belittled opponents of Oslo as “propellers,” “crybabies” and “cancers,” and said that settlers were expendable to the point “where even Saddam Hussein wouldn’t waste a Scud missile on them” – it was acceptable and statesmanlike.

Moreover, unlike Rabin or Ariel Sharon, Netanyahu hasn’t misled his voters. He hasn’t gotten elected on one political platform but then turned 180 degrees in the other direction and launched a totally different policy. With Netanyahu, what you see is what you get. He has been consistent and honest with Israeli voters on defense and diplomatic matters.

Now think about this: The opposition wrongly accuses Netanyahu of allowing “massive” settlement construction and for being “anti-peace,” when in fact his record is marked by settlement restraint and diplomatic moderation (as well as a very cautious approach to the use of military force). For better or for worse, Netanyahu has stymied the settlement construction desires of the hard-Right, and blocked initiatives to annex the West Bank or re-conquer the Gaza Strip.

Netanyahu could publicly justify these policies, even though they are anathema to much of his own base, if they were acknowledged by the Left and the world and would achieve something important for Israel, like maintaining bipartisan support for Israel in the US and Canada.

But (as Evelyn Gordon has pointed out) because the left falsely accuses Netanyahu of “aggressive” settlement policies and political “extremism,” there is no diplomatic gain for Israel, and thus it is impossible for Netanyahu to justify restraint to his unhappy base; and consequently he may soon decide that it’s time to move in other directions.

The false narratives about Netanyahu also make establishment of a unity government with the center-Left impossible. If Netanyahu is an extremist or an “anti-democratic” figure – which he isn’t! – partnering with him politically becomes beyond the pale. Meaning that the centrist desire of most Israelis for a broad government loses out.

Little debate takes place on the merits of any specific initiative. Everything automatically becomes a “threat to liberal democracy” and robotically is opposed. And then the conservative majority in Knesset hunkers down and barrels forward without regard. 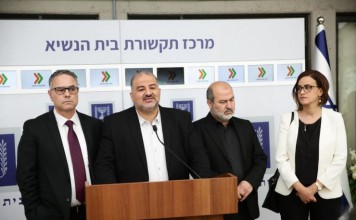 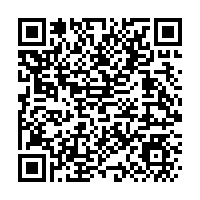