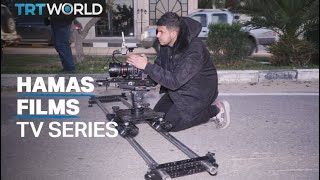 I recall listening to my rabbi speak on Shabbos — years ago, when I was just a kid.

In order to illustrate a point, my rabbi mentioned an article that a German actor, dressed as Hitler for a movie he was appearing in, went out on the street in character. According to the report, the actor was astounded at how Germans on the street came up to him and greeted him warmly.

I looked online for some record of this, but did not find it.

What I did find was an article from 2015 about a different German actor and his experience when he went out in public as the Nazi dictator:

An actor dressed as Hitler on the streets of Germany was begged to bring back labour camps, kissed and made to feel like ‘a pop star’ – casting an uncomfortable light on growing support for right-wing extremism in the country.

Oliver Masucci plays the Nazi leader in ‘He’s Back’ (‘Er ist wieder da’), a biting social satire by author Timur Vermes which was released in German cinemas this week.

From the preview on Youtube, it was clear that while no one could have been fooled into thinking that the Nazi dictator had actually returned, there were clearly a lot of Germans who would not pass up the chance to be seen with him. 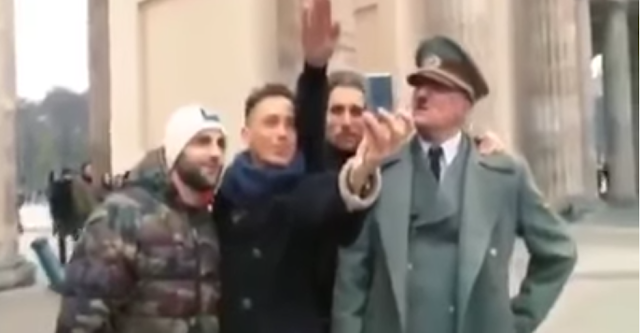 …and thought there was nothing too outrageous that couldn’t be said in order to commemorate the moment. 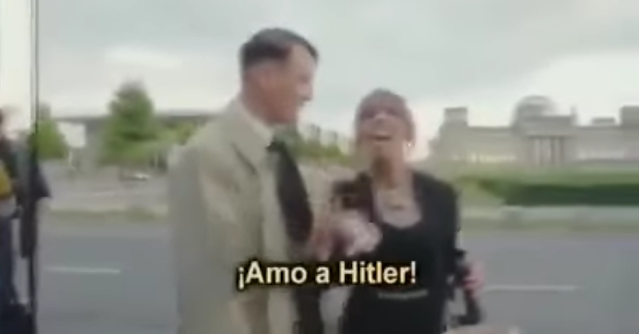 On the other end of the spectrum, people who masqueraded as Jews got a very different kind of reception.

In that same year, a non-Jewish Swedish reporter walked around the city of Malmo while wearing a kippah just to see what the response would be. He was hit once, cursed multiple times and finally had to flee, out of fear that things would get worse.

A similar experiment was done in France — again in 2015 — with similar results: being called names and being spit at. By contrast, when the experiment was imitated in London, the person doing it was basically ignored.

I’m writing about this because of a TV show that Hamas is making.

According to AFP, Hamas is jealous of the success of Israel’s hit show Fauda — about an Israeli counter-terrorist squad. The idea is “to broadcast a drama about the spirit of our resistance,” in this case to depict a botched 2018 Israeli operation in Gaza in which 7 Hamas terrorists and one Israeli officer were killed. The operation, which was uncovered in Gaza and required a quick retreat back to Israel, was apparently either an information-gathering mission or related to captives/missing persons in Gaza. One of the 7 Gazans killed was a Hamas commander, but Israel denied the operation’s goal was assassination. It is likely though that that is exactly how the Hamas TV show will portray it.

But AFP is not interested in the operation or what its purpose was.

Instead, AFP wants you to know about how much Gazans hate the Arab actors depicting Israelis:

One of them is Jawad Harouda, aged in his early sixties and with a husky voice, who portrays the head of Israel’s Shin Bet domestic security service in the new TV series.

To get into character, Harouda said he “soaked up the script”, but added that being too convincing can lead to trouble.

“Some women look at me and pray that I die,” he said, leaning back in his boss’s chair in the fake Shin Bet office.

“I’m happy when people insult me. It means I’ve succeeded … The actor is a chameleon, he must be able to act out all colours.”

…”In one series, I played a Jewish woman,” said one actress, Kamila Fadel, who added that she may have been just a little too convincing for her own good.

“After the series was broadcast, a woman tried to strangle me,” she recounted.

“She told me: ‘I hate you, you are hurting us so much’. On another day a 13-year-old boy threw a stone at my head thinking I was Jewish… This means I played my part well.” [emphasis added]

So in order to convince their audience that they are Jews, these actors have to be a “chameleon,” “act out all colors” and “play their part well?”

Anyone walking down the street in Malmo, Sweden — which has a large Muslim population — can get the same reaction from complete strangers, without saying a word, just by wearing a kippah. No acting necessary.

Given the children shows in Gaza that teach kids to hate Jews, the summer camps where children can learn to act out attacking Jews and the other forms of incitement that Hamas uses — hatred of Jews is so systemic that it is hard to see what all the fuss is about actors being attacked for being identified as Jews on TV.

And these attacks that these actors look upon as a source of pride are seen elsewhere as hatred that needs to be combatted.

The AFP article itself misses the point as well.

It describes Fauda as nothing more than a show that “portrays a military unit…that launches raids inside Palestinian territories” and against which Hamas wants “to flip the equation, to show the Palestinian point of view, to broadcast a drama about the spirit of our resistance.”

The description by the Associated Press of the first season of the show gives a little more context, describing the show as “the adventures of an undercover Israeli commando team who immerse themselves in the heart of Palestinian society to capture a terrorist behind a wave of suicide bombings.”

By taking their cue from Hamas and reducing the Israeli and Gaza TV shows as a propaganda war, AFP completely overlooks one of elements of Fauda that has made it so popular:

In addition to the shootouts and chases, it also delves into the politics and personal drama of the commandos and terrorists, depicting their motivations and family lives, often in a sympathetic manner.

The creators, though they identify as Zionist Jews, don’t shy away from showing the uglier sides of the West Bank occupation and the struggles of the other side. They even look to smash one of the greatest taboos of all, exploring the possibility of an Israeli-Palestinian romance.

That may be one of the reasons why, as AP points out, Fauda has fans among Arabs and even among Palestinian Arabs. And that may be what actually has Hamas worried, since they see Gazans watching the show as a form of normalization with Israel.

Neither AFP nor Hamas seem to realize that one of the strong points of Fauda is that it does not present the conflict as black and white, that it is willing to portray the other side sympathetically.

And that would take real acting. 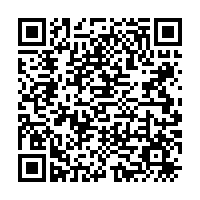