Thank you so much for taking the time to speak with me and giving me the courage to share my story with your readers. I know it’s taken me some time to write it all down because it has been a painful journey for me to face and the outcome could have been so much different, were it not for the malachim (angels) Hashem sent to save me. So, I have listened to your sage advice and allowed my story to be told so it may help even one other lost soul find the strength and the will to find his or her way home and to show what a little human kindness and caring can bring about.


I was a rambunctious kid from the outset, always giving my parents grief, getting kicked out of class in yeshiva for being a trouble-maker and then a rebellious teen because no one understood me, or so I thought. I was the middle child of five kids sandwiched between two older brothers and two younger sisters. I was the wild child who couldn’t and wouldn’t conform to the rules of home and yeshiva, a bedafkinick, who did things against the grain because I felt always put upon and made to feel worthless and blamed for everything. I was so miserable at home, always being told I wouldn’t amount to anything, that I was a sheigetz, and a shame to my family, and being disciplined by the Rabbeim in yeshiva, made fun of by the other kids and simply given up on, that I made up my mind to leave it all when I couldn’t take it anymore. When I turned nineteen, I ran away from the out-of-town yeshiva I was sent to, and took the first bus to New York.

In no time at all, I realized I had nowhere to go, no family or friends who would put me up and that the small amount of money I had would not last very long. It was summer and the weather was warm, so I took to sleeping on park benches and bus stops. Being inventive, during the days, I would place a shoe box in front of a sign that said I was a deaf-mute, and people would generously put dollar bills into it which gave me the ability to survive. I did not notice the degeneration that I had fallen into and as the summer turned into fall then winter, there was less money in my box, as people hurried away to get out of the cold. I didn’t see that I had turned into a vagrant, chased from one bench to another, having to sleep under cardboard boxes to keep warm and, after awhile, not even caring to wash in the Dunkin Donuts stores.

I was twenty-one years old when I looked at my reflection in the mirror and saw a fifty-year-old man staring back at me – filthy, grimy, unshaven and matted long hair, I looked nothing like the yeshiva kid that ran away. But I didn’t care. I was empty inside, angry at everyone that pushed me into this life, angry at G-d for making me suffer, angry at everything and bitter at everyone. This was six years ago. One day, as I was sitting on the cold sidewalk davening shachris, something I never gave up doing out of habit, and as I was putting on imaginary tefillin, an elderly gentleman came over to me and took my hands and said “would you like to use my tefillin, yours are a bit worn.” I looked into a pair of the kindest blue eyes I had ever seen and tears welled up in my own.

I allowed him to take me into a neighboring shul and he helped me put on tefillin and somehow, the feel of the ‘shel Rosh’ on my forehead and the ‘shel Yad‘ on my arm triggered a great longing. Once I finished praying, I thanked the man and left the shul, and went back to my place on the street. I was sure I’d never see the man again, but the feeling I had from davening with real tefillin gave me such a strong feeling of hope and belonging, something I hadn’t felt for years. I had become like a cockroach living in garbage, less than human, because this is what I had been told I would amount to, until this angel came and showed me that I was a human being worthy to put on tefillin.

The man, Yehuda was his name, returned each morning for the next three days and helped me put on tefillin. On the fourth day, he brought me to his home, let me shower and gave me fresh clothes and a haircut. He said that that day was erev Rosh Hashanah, and he had arranged for me to stay in a nearby yeshiva dormitory where I could earn my keep. He picked me up that evening and we went to shul together. I, for the first time in forever. There I stayed and was befriended by many wonderful people who made me feel like I had never felt before, like I was deserving of their friendship and valued as a person. I wept many nights thinking what a different life I might have had, had I been given such love and warmth and encouragement when I was younger. Yehuda visited me regularly to see how I was doing and was pleased to see that I was learning with some of the yeshiva boys in my spare time. I also found out that he was the father of the menahal of this yeshiva. Life was good for the first time in forever and I was content and thriving both physically and spiritually.

One day, two years ago, there was a great uproar in the yeshiva, a levaya was to take place for the father of the Rosh Yeshiva. Yehuda had passed away. I was devastated and inconsolable, as if my own father had passed away. I was so overcome, I passed out at the levaya and when I came to, I found myself in the hospital where I was found to be suffering from Covid-19. I languished in the hospital for three weeks before being sent back to the dorm, which was now empty, the yeshiva closed due to the pandemic, and there I mourned Yehuda every day. On the tenth day of my return, the Rosh Yeshiva came and said that the yeshiva would not be reopening and that I would have to leave. I told him how grateful I was for the many kindnesses he and his beloved father, a”h, had shown me and that I would be gone that night. The Rosh Yeshiva said I was to leave now, seeing the shocked look on my face, he smiled and said I was going to live with him and his family and that’s why he had come.

My life, that actually began when I met Yehuda, has become something I never imagined. After moving into the home of the Rosh Yeshiva, I became not only a ben bayis in name but an actual member of his family. Six months ago, I married his daughter and we are now expecting our first child, hopefully a son who will be named after the old man who stopped on the street to bring a lost and broken vagrant home. My father-in-law, the Rosh Yeshiva whose yeshiva no longer exists, is my chevrusa and we learn together every day after I come home from work. My life is full and happy and I am warm and loved in a way I never thought possible. All because of the kindness of one man named Yehuda, who turned my whole life around and brought me back to my faith.

I have had contact with my biological family and they did come to my wedding, but they will never understand Hashem’s great mercy and love for saving me from Gehennom. It is not everyone who gets to have two fathers, one biological and one Heaven-sent. I no longer look at my life as a cursed existence, rather, I am eternally thankful to HaKodosh Baruch Hu for sending me a malach to save me from myself.

The take-away from this letter is, if you see someone less than savory who is in need, don’t just walk by. Take the time to do a chesed and buy him a sandwich, offer him or her a moment of kindness, or some uplifting words. You may well be saving a life!

May HaKodosh Baruch Hu bless you and Klal Yisrael, for we are all brothers and sisters and we are all responsible for one another. Thank you for listening.

I have no words. I know that your story will raise many different responses, from disbelief to wonderment. Therefore, I took the precaution of changing a number of details to protect your identity.

Nothing is impossible if we only choose to look past the obstacles. Every day we walk past mitzvas that are put in front of us in obscure ways, and because they are not structured tzedakas, in the form of donations to shuls, yeshivas or collectors, we don’t see them and walk past. Sometimes, it’s the old lady sitting on the park bench, who would love to have someone to talk to, or the harried mother who could use a helping hand to help with her kids. What about the old and the infirm in hospitals and nursing homes, the forgotten ones who hunger for the sound of a heimishe word? Or the encouragement of a youngster who feels alone, neglected and worthless because he or she has no one who’ll listen. Or the vagrant with an empty stomach, living under a cardboard box to keep warm.

Perhaps, after reading this real life account of a Yiddishe neshama almost lost in that world between mental, emotional and spiritual deaths, you will stop and offer a kind word, a warm cup of soup or an old jacket and sneakers so that they can make it through the next few days. There are sadly so many of our own living in the streets abandoned and alone and a little bit of human kindness at the very least will go such a long way! Hashem is watching. And we are all our brothers and sisters keepers. 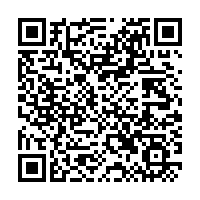