Some in Israel have described the events of the past month of Ramadan as “relatively quiet,” with all that is left to do now is hope for quiet on the upcoming “nakba day” when Palestinians commemorate the “catastrophe” of the establishment of the State of Israel,” and the “nakba day,” when they mourn the Arab defeat in the 1967 Six-Day War.

The description is unfortunate not only because 19 Israelis have been killed in a series of terrorist attacks across the country in the past month, but because it reflects the Eastern European shtetl mentality, in which Jewish life was conducted in the shadow of the fear of gentile neighbors and their holidays, lest they decide to “mark” the occasion by inciting pogroms against the Jews.

Another often-heard statement is that the confrontations between Israeli soldiers and Palestinian rioters in the past month, as well as before that, have strengthened Hamas, and have even turned the terrorist group into a leading force in the Palestinian arena. That Hamas seeks to set the Gaza and Judea and Samaria border on fire, as well as Jerusalem and the Arab Israeli public, and seeks to – depending on its interests and concessions by Israel – decrease the tensions and calm the winds until the next flare-up.

But the reality on the ground proves that the situation is different. Although Hamas is trying to ride the wave of violence and gain strength from it, it is not responsible for this wave, nor does it control its intensity and severity.

No organization stood behind the terror attacks and even the Temple Mount riots, which were attended by several hundred Palestinians, failed to garner the support of the majority of the Palestinian public, who chose to stay on the sidelines.

At the end of the day, every Palestinian understands that Hamas is headed to nowhere, and taking one look at Gaza is sufficient to see this. Although the terrorist organization is in charge of the strip, the situation of the local population has never been worse, with very little hope of it improving in the foreseeable future.

Hamas is trying to cause a flare-up in Judea and Samaria and the Arab Israeli public because it fears a direct confrontation with the Israeli military on the Gaza border, for the State of Hamas will be the one to pay the price for the fighting in the strip. Hamas’ policy projects no sophistication or boldness, only weakness.

Even Yahya Sinwar’s attack on Islamist Ra’am party leader Mansour Abbas is proof that the Hamas chief and his associates fear that Abbas’ policy of integration into Israeli society is gaining popularity among Arab Israelis, and that many Palestinians would prefer Israeli citizenship had they had the choice.

This is Israel’s great victory over Palestinian nationalism. But now is not the time to celebrate, as the chaos of the Palestinian arena poses a security challenge for Israel in the form of terror waves, which requires an active policy, and not just maintaining the status quo or waiting until the next event on the calendar and the terror wave it might bring along with it. 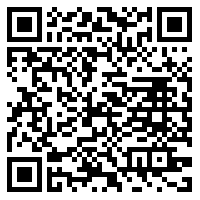