A week later, the Times noted the incongruity of Ismail Haniyeh, the leader of Hamas, a terrorist group known for using “suicide bombs, rockets and attack tunnels” to attack Israel, standing “before portraits of the giants of nonviolent resistance — Mahatma Gandhi, the Rev. Dr. Martin Luther King Jr., and Nelson Mandela.”

But it wasn’t just the appearance of a terrorist standing underneath champions of non-violence. The Times also noted that while the organizers of the so-called “Great March of Return,” as Hamas called the riots, asked that participants engage only in “peaceful disobedience,” rioters were, in fact, throwing “Molotov cocktails and other explosive.” This sent “mixed messages” as to whether these were peaceful protests as Hamas had advertised.

After this week, there are no more mixed messages. And it came not from Israel, but from the leader of Hamas. The surprising candor of some of Hamas’s top leaders dispelled any notion that the riots were peaceful, and that it was simply a tactic to cover for violent attacks against Israel.

Mahmoud al-Zahar, a founder of Hamas, was the bluntest, telling Qatar’s Al Jazeera network on Sunday that Hamas was “deceiving the public” when it called for “peaceful resistance” against Israel. Zahar, who remains a part of the terror group’s leadership said that the term was meant as a “clear terminological deception.”

Perhaps it was just bluster, but it wasn’t just Zahar. On Monday, the Hamas-run Gaza Health Ministry claimed that 62 people were killed during the riots.

In a televised interview following Monday’s riots, a Hamas official, Salah Bardawil,  said that“62 people martyred, 50 were Hamas.” Additionally, Palestinian Islamic Jihad, another Gaza-based terrorist group, separately claimed membership of three others who were killed. So of the 62 people killed during Monday’s, 53 were admitted members of terrorist groups. In other words, 85% of those killed by the IDF were combatants.

Former Ambassador Alberto Fernandez, a fluent Arabic speaker, observed on his Facebook page that Bardawil appeared to be pushing back against a perception that “others are paying the price for events that Hamas organized.”

Yahya Sinwar, the head of Hamas inside of Gaza, boasted to Al Jazeera that members of Hamas removed their uniforms to join in the riots. He also spoke proudly of being willing to sacrifice “the bodies of our women and children,” to achieve what Hamas wanted. Those words are a chilling admission that Hamas was using human shields in an effort to achieve its terror objectives.

A Gazan, who managed to cross into Israel before being captured, confirmed to his interrogators that this was Hamas’s intent. He said that he observed Hamas telling women and children to put themselves in danger.  “They tell women to go forward. They say to a woman: Go ahead, you’re a woman and the army doesn’t shoot women. They tell small children: Go ahead, the army doesn’t shoot small children.”

The statements from Zahar, Bardawil, Sinwar, and the unidentified Gazan confirm a cynical strategy employed by Hamas that involved combatants shedding their uniforms to make them harder to detect, and sending women to run interference for the terrorists attempting to breach Israel’s border fence and infiltrate into Israeli territory. And yet under these circumstances, the IDF successfully identified the combatants who presented an immediate threat to Israelis 85% percent of the time.

Writing in The Times of Israel, Kinley Tur-Paz, one of the soldiers stationed at Gaza explained what was at stake, “the primary mission was to prevent hundreds of thousands of Gazans from infiltrating into our territory. That kind of invasion would be perilous, mortally dangerous, to the nearby communities; would permit terrorists disguised as civilians to enter our kibbutz and moshav communities, and would leave us with no choice but to target every single infiltrator.”

Despite the danger, live ammunition is used only when “there is no alternative.” Even that’s not enough, and accountability is demanded by the IDF even after the fact. Tur-Paz wrote, “But I can testify from my first-hand experience, that every bullet and every hit is carefully reported, documented and investigated, in Excel spreadsheets. Literally. I was there and I saw it with my own eyes.”

With an enemy prepared and willing to sacrifice their own, and even their most vulnerable, to score some propaganda points, it’s impossible to ensure that no innocent is hurt. But given the cruelty and cynicism displayed by Hamas — seen from the testimony of its leaders — the IDF did as much as humanly possible to spare the innocent and address only the real threats. 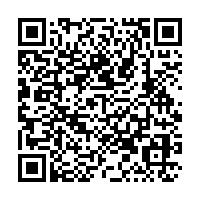