The efforts of extremist left-wing American Jewish organizations have likely contributed to the pattern. Among these groups is HaMoked, which receives funding from the New Israel Fund. Since 2008, NIF has sent upwards of $720,000 to support the work HaMoked engages in. HaMoked claims to work “for the enforcement of standards and values of international human rights and humanitarian law.” Under this mission statement, Hamoked targets the Israeli tactic of demolishing the homes of terrorists. Israel uses home demolitions to deter terrorism and the spread of violent ideologies within Palestinian communities, but it is not done unsystematically.

According to HaMoked, home demolitions are performed without court order as the military sees fit as a “collective punishment” aimed at the family of a terrorist rather than the terrorist themselves. Contrary to what HaMoked would like us to believe, the Israeli government does not assign home demolitions lightly or without due diligence. Israeli Attorney General Avichai Mandelblit, whose job includes approving demolitions, has stated that there is evidence of demolitions being effective at deterring violent attacks. Mandelblit approves on a case by case basis.

To that point, in November of 2015, the father and brother of a Palestinian terrorist went to the Israeli Defense Forces after learning that their family member Shadi Ahmad Matua had shot and killed Rabbi Yaakov Litman and his son Netanel. Matua’s father chose to turn in his son to the Israeli authorities in order to prevent the Israeli government from potentially approving a home demolition. The endeavor was successful and the suspect implicated himself in interrogations.

HaMoked neglects to address that deterrence is near impossible when the aggressors are willing to die in their quest to kill Jews. In communities where killers are celebrated as martyrs, streets are named for them and they are posthumously feted by the highest levels of their government, Israel looks for incentives that give potential terrorists pause before action. If the threat of one’s family losing their home is enough to convince a father, brother, sister or cousin not to commit mass murder, should the Israeli government stop? Is the greater good served when lives are saved?

HaMoked is also undermining the court system to manipulate government spending, contributing to a massive confusion of priorities. The practice is called lawfare. Law abiding Israeli families, who are under constant threat, pay taxes to the Israeli government in the hope of bolstering defensive efforts, boosting the economy, and improving their national health care. Instead of being used productively, those tax dollars go towards protecting the homes of terrorists and their families when HaMoked files petitions for them, tying up the court system and tax dollars.

This is particularly ironic when you remember that Israel has national health insurance. The victims of terrorism, who rely on their tax dollars to provide emergency medical care contribute to the court cases involving the families of terrorists. Families of victims of terrorism then have to rely on non-profit organizations to recover from terrorist attacks instead of having peace of mind of their government’s help. In protecting the families of terrorists, HaMoked is forcing tax money to be diverted from victims’ recovery, which then contributes to the impact and lasting effects of a terrorist attack.

Efforts to delegitimize Israel and its people are old news. If HaMoked wants to truly do some good, it should stop blaming Israel for all of the problems in the Middle East and try improving on the practices it claims are detrimental to peace. Doing so, however, would be out of character for the left leaning group. HaMoked, and its backers at the NIF have made it their missions to undermine Israel at every turn. Whether it is through singularly calling out Israel while it tries to protect its people and excusing Arab terrorism as a legitimate response to occupation, or filing petitions in support of the families of Ghassan Abu-Jamal and Jamal Abu Udai, the terrorists who slaughtered worshippers in a Har Nof synagogue, who then celebrated the bloody massacre, NIF and HaMoked are at the center of acts that undermine the Jewish nation.

The NIF backers, such as UJA Federation’s own Alisa Doctoroff, New York’s famous Carole and Saul Zabar, Karen Adler, The Jim Joseph Foundation, The Rosenzweig Coopersmith Foundation, Geoffrey Biddle, and the Kathryn Ames Foundation are complicit in these acts. Even more egregious, their charitable giving to the nonprofit New Israel Fund receives the additional benefit of being a tax shelter for them in the United States. Any other narrative they might offer does not hold water, as there are many left-leaning groups in Israel that do not engage in exploits that seek to bring Israel to its knees in the world court, on college campuses and in the global economy. 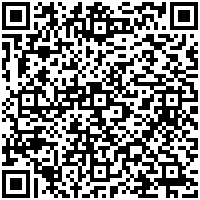