Three veteran IDF reservists have decided recently not to sit quietly while organizations such as B’Tselem and Breaking the Silence are spreading descriptions of cruel IDF soldiers abusing civilians and killing their puppies. But instead of merely proving that most of the material presented by leftwing NGOs contains outright lies or taken out of context, the new group, Reservists in the Front has developed its own action plan to deal with moral issues which come up during IDF activities, as well as reporting specific events requiring IDF attention.

Major (Ret) Amit Deri a few months ago posted a video clip against Breaking the Silence, and has begun to document the NGO’s tours in Hebron, proving that the group engages in spreading lies. Speaking to Channel 10 News, Deri recalled, “When I was the commander of the Tel Rumeida neighborhood in Hebron, I was getting ready to go out on an operations with the command post, when Yehuda Shaul, one of the founders of Breaking the Silence and its director-general, blocked my path with his vehicle. I told him I had to go out on duty, asking him to move, and after some quarreling I was forced to arrest him and call police over — and, naturally, I missed my assignment.”


Deri’s organization Reservists in the Front has shifted gears in recent weeks, and he and his partners have been making the rounds among past and present decision makers and high ranking military officers, pushing a program that mixes long-term evaluation of the IDF role in various areas, as well reporting real problems on the ground.

According to reserve officer Shachar Debi, even when leftwing groups report events truthfully, they do it in a way that turns those events into a paradigm of what the IDF is about, rather than keeping them in proportion to everything the IDF is doing right while dealing with its never-ending mission of protecting civilians against countless enemy attacks. “This kind of conflict exists the world over,” Debi said, “and the IDF behavior can set an example for others — it shouldn’t be dragged to the negative place those NGOs are taking it.”

The new group is interested in coming to terms with the challenge faced by a squad of soldiers who are being attacked by a raging 14-year-old girl brandishing a sharp scissors. “Our challenge is to deal in a practical, real and purposeful way with complex situations and not to commit the sin of oversimplification of either ‘everything is wonderful,’ or ‘everything is terrible,” Shlomo Peled, a reserve officer in special force Sayeret Matkal, told Channel 10.

On Tuesday, March 1, the new group will hold its first large-scale conference in Rishpon, Israel, with President Reuven Rivlin as honorary keynote speaker. The conference will debate ethical and moral issues related to the war against Terror. 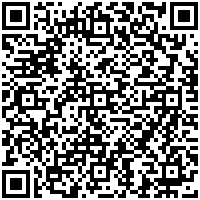