It is dusk at the Kotel.

Minchah minyanim at the Wall are slowly dissipating and Ma’ariv minyanim gradually take their place. Yet all eyes are on the main plaza, as about 600 recruits of the elite Golani Brigade gather to be sworn in as soldiers of the Israel Defense Forces in a solemn but spirited hashba’ah (oath) ceremony.

As night falls there is a hush. All around me are parents, siblings, grandparents, and friends of these young recruits, many with tears in their eyes, afraid to show their fear to their loved ones who stand so proudly in uniform waiting for the trumpets to blow.

The soldiers are standing in formation, without rifles and in a “chet” formation, each one facing the middle of the plaza, backs to the assembled crowd behind flimsy barriers.

These recruits come from diverse backgrounds. We see the bloom of Israeli youth from Ethiopia, Russia, France, the UK and the United States. Other countries are represented, but they are difficult to recognize.

Religious orientation is more easily discernible. We notice immediately a group of about 200 soldiers on the horizontal side of the “chet,” facing the Kotel. All are wearing kippot; many have their tzitzit fluttering in the evening breeze. Some even sport peyot dangling down the side of their faces or hidden discreetly behind their ears. These are the hesder soldiers, who pursue advanced Torah studies along with their army training and duties.

I notice a handsome young recruit whose name is Yoni Belzberg. He is the son of former New Yorkers Mark and Chantal Belzberg, and his grandparents Soli and Vera Spira live in the Riverdale section of the Bronx. His tzitzit are flying around him and he is all smiles. His parents, together with grandpa Soli, are there to witness his rite of passage and smile back at Yoni with worried but proud faces.

Suddenly it is announced that the hashba’ah program won’t start for another twenty to thirty minutes, due to the late arrival of a group of fifty military paramedic trainees who have been delayed by traffic. Immediately after this announcement we hear the sound of “Barchu” emanating from the hesder recruits. They are davening Ma’ariv with intense devotion while still in formation in the plaza. Some of the assembled join in. No one complains about the delay.

And then comes the command “amod dom” (snap to attention) coming from the microphone, intoned by a senior Golani officer. The recruits immediately stop their schmoozing and turn to their families with smiles and expressions that say “Don’t worry, I’ll be OK.” They stand straight, crisp and erect, their hands at their sides.

The hashba’ah has finally started. Yizkor for fallen colleagues is recited by a military chaplain. This is followed by a speech from another officer. Afterward the chaplain reads from the Book of Yehoshua in a grave tone. He reads the p’sukim that detail how Hashem promises Yehoshua that he and the children of Israel will be victorious in battle as they enter Canaan, but only if they, and the soldiers in particular, obey the Torah because it is only the Torah that gives them the right to conquer and remain in Eretz Yisrael.

During this reading there is an eerie silence and tears can be seen running down the faces of young parents and elderly grandparents and siblings of all ages who themselves will be called up for military service in the next few years.

After the reading is completed, another officer officially inducts the young recruits into the Golani Brigade.

Suddenly, “ani nishba” (I swear) is roared three times by each of the two groups comprising the “chet” while an equally emphatic “ani matzhir” (I declare) comes from the hesder soldiers, who will not swear since the Torah prohibits it in most circumstances.

Finally, the soldiers are each called by name to pick up their Tanach and their rifle, and the hoopla begins. Families jump the barriers, mothers open up food baskets (after all, their children haven’t eaten in three hours) and impromptu stand-up picnics pop up all over the plaza. 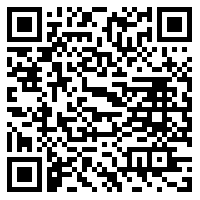