Politics in America is a contact sport. Passions flare and the rhetoric can get heated and nasty. Political parties stoke these fires, playing on people’s fears as a key fund-raising tactic.

Conservative authors have produced books with insulting titles like If Democrats Had Any Brains, They Would Be Republicans and Liberalism is a Mental Disorder. The political Left counters with ugly titles like The I Hate Ann Coulter, Bill O’Reilly, Rush Limbaugh, Michael Savage, Sean Hannity…Reader; The I Hate Dick Cheney, John Ashcroft, Donald Rumsfeld, Condi Rice…Reader; and The I Hate George W. Bush Reader.


It is ironic, yet natural, that the political Left dominates hate literature. The irony is that the Left championed “hate crimes” legislation. Having outlawed public expressions of hatred against various groups – racial, linguistic, sexual orientation, etc. – the Left sees nothing hypocritical about fomenting hatred toward people of a different political orientation. Even if the “hate” authors don’t personally hate Bush et al., leftists must realize how such ugly language can poison susceptible minds.

While ironic, it is not surprising that hatred of political opponents is so virulent on the Left. Hatred has long been a central pillar of leftist ideologies, premised as they are on trampling individual rights for the sake of a collectivist plan.

Karl Marx boasted that he was “the greatest hater of the so-called positive.” In 1923, V.I. Lenin chillingly declared to the Soviet commissars of education, “We must teach our children to hate. Hatred is the basis of communism.” In his tract “Left-Wing Communism,” Lenin went so far as to assert that hatred was “the basis of every socialist and Communist movement.”

Indeed, it is easy to see the thread of hatred running through the various illiberal regimes of history, whether Soviet or Chinese communism or Hitler’s national socialism.

Only hatred could explain the willingness to kill, enslave, and rob vast numbers of innocent human beings. Hatred corrodes one’s conscience. Under its toxic influence, a person will regard man’s God-given right to be secure in his life, liberty, and property as nuisances to be overcome, not commandments to be obeyed.

The flip side of hatred is an inflated self-love, self-importance, and self-righteousness so extreme that respect for other human beings diminishes and, in extreme cases (Stalin, Mao, Castro, Kim, et al.), disappears.

An incident recounted in the late Alexander Solzhenitsyn’s The Gulag Archipelago illustrates this mental deformity. Soviet officials wanted to transport heavier loads of steel by railroad. When railroad engineers said that heavier loads would break down the tracks, they were shot as saboteurs of progress. When the loads were then increased, the tracks indeed broke down. Political goals could not nullify the principles of engineering.

A leftist conceit is that willpower can change the way the world works. It can’t. This mad tendency persists today; signs of it are all around. I read a recent letter to the editor of a newspaper that angrily insisted the law of supply and demand didn’t cause high gasoline prices, but that (what else?) evil oil companies did. The writer then vilified Americans for using too much gasoline (thereby contradicting his earlier statement that demand was irrelevant).

So full of hatred was this writer that he spewed contempt for economic laws. In his arrogant egotism, he blames the world’s problems on the fact that millions of people make choices that he – who fancies himself more enlightened and morally superior to his fellows – thinks they shouldn’t make. Welcome to the soul of leftism/illiberalism.

Hatred of individuals for ideological reasons is pathetic to behold. After conservative journalist and former White House press secretary Tony Snow passed on from a horrible disease, posters on the left-wing blog Daily Kos wrote “rest in hell” and “[I hope] there really is a hell and [Snow]’s burning in it now.” How tragically self-demeaning such hatred is. It is a great sickness of spirit.

More recently, Gov. Sarah Palin has been the object of vicious vituperation and seething hatred. Perhaps her female attackers feel rebuked by her decision to choose life for babies. Perhaps they feel inadequate by comparison. When I see their contorted faces and hear the desperate unhappiness in their voices, I feel sorry for them and pray that the venom might leave their hearts. 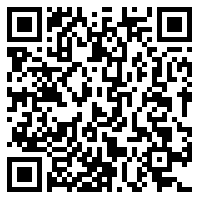