It’s difficult to say which member of the mainstream media has shamed him- or herself most in terms of pure self-abasement at the feet of the idol Obama. We are, after all, talking about a cast of name-brand reporters, analysts and opinion columnists (are such distinctions even relevant anymore?) probably numbering in the hundreds.

But it would be a real feat to top Time magazine’s Joe Klein, whose political meltdown has been duly noted at Commentary magazine’s Contentions blog (where your dogged scribbler posts on occasion and where this column appeared last week) and elsewhere.


As he proved with Bill Clinton in 1992, when Klein falls in love with a politician he falls really, really hard. But if he was merely besotted with Clinton, he appears lovestruck by Obama, given to lashing out in unseemly rage at anyone who fails to understand the attraction.

Such infatuation is guaranteed to cloud one’s judgment and inspire the kind of writing Klein recently produced for Time’s “Swampland” blog in which, following the lead of Marc Cooper at The Huffington Post and a slew of other left-of-center bloggers, he attempted to make an analogy between Obama’s relationship with William Ayers and John McCain’s relationship with the late David Ifshin, who as an antiwar activist in the Vietnam era had gone to Hanoi and denounced American pilots as war criminals but who later moved to the political center and worked for Walter Mondale and AIPAC.

Ifshin and McCain became unlikely friends in the 1980s, and when Ifshin tragically died of cancer at age 47 in 1996, McCain gave a eulogy that brought many to tears. Klein, who on several occasions had written admiringly of the McCain-Ifshin friendship, is now using it as an illustration of how McCain has allegedly betrayed his old ideals by hypocritically criticizing Obama over his association (predictably, Klein characterizes it as “passing”) with Ayers.

But just how much of a similarity is there between Ifshin – who, it should be noted, never belonged to a group that planted bombs – and Ayers? Here’s how McCain himself spoke about Ifshin two years ago at Columbia University:

He had come once to the capital of the country that held me prisoner, that deprived me and my dearest friends of our most basic rights, and that murdered some of us. He came to that place to denounce our country’s involvement in the war that had led us there. His speech was broadcast into our cells. I thought it a grievous wrong and I still do.A few years later, he had moved temporarily to a kibbutz in Israel. He was there during the Yom Kippur War, when he witnessed the support America provided our beleaguered ally. He saw the huge cargo planes bearing the insignia of the United States Air Force rushing emergency supplies into that country. And he had an epiphany. He had believed America had made a tragic mistake and done a terrible injustice by going to Vietnam, and he still did. But he realized he had let his criticism temporarily blind him to his country’s generosity and the goodness that most Americans possess, and he regretted his failing deeply.

There’s why Klein, in addition to defaming the memory of David Ifshin, is so ludicrously off the mark with his sad comparison. Can anyone – even a hopelessly compromised Obama groupie – say of Ayers that he “realized he had let his criticism temporarily blind him to his country’s generosity and the goodness that most Americans possess, and he regretted his failing deeply”?

In a 1988 column, William F. Buckley quoted Ifshin as saying, “I have agonized every day of my life” about his conduct in Vietnam. Ayers, to be sure, has also agonized over his past, famously telling The New York Times in an interview that ran on Sept. 11, 2001, “I don’t regret setting bombs. I feel we didn’t do enough.” 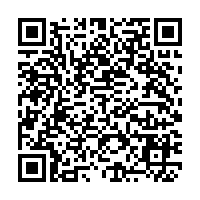