Israel’s president and Knesset made the final preparations for the Passover Holiday, which will begin on Friday night, and sold their Chametz, leavened foods that are not kosher during Passover.

On Passover, Jews are commanded not to eat or have any Chametz in their possession. Such foods, made out of grain that has been allowed to rise, can be sold to a non-Jew before the holiday.

Rivlin asked for the Rabbi’s blessing for better days for Israel’s citizens and wished the people in Israel and in Jewish communities around the world a happy and kosher Pesach.

Rabbi Amar blessed the president with success and long life, and conveyed his wishes for the speedy recovery of his wife Nechama, who is currently in a medically-induced coma after encountering complications following a lung transplant.

The bill of sale was signed by Tubi, who appointed the Rabbi as his representative to sell the Chametz in Beit HaNasi.

Similarly, the Knesset on Tuesday sold its Chametz.

During an official ceremony at the Knesset, Chief Ashkenazi Rabbi of Jerusalem Aryeh Stern was authorized by Knesset Director-General Albert Sakharovich to sell the Knesset’s Chametz.

Rabbi Stern expressed his hope “that from this important place, the Knesset, a message of unity between all parts of the nation will be sent, and together we will all have a joyous holiday.”

Sakharovich said that “in honor of the holiday of freedom, the Knesset wishes all Israelis a kosher and happy holiday filled with familial joy and national unity.” 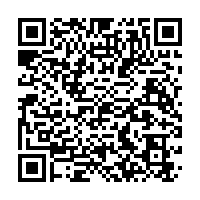