Sometimes, all you need to do is read the morning headlines to know what’s happening. You don’t even need to read the stories beneath them. Consider Thursday, March 10.

I’ll refer here to specific headlines in that day’s Times of Israel, but very similar headlines also appeared throughout the news media on the same day.

Start with this: “Obama Sees Netanyahu as Most Disappointing of All Mideast Leaders.”

Of course, President Obama has been saying this kind of thing – sometimes with code words or dog whistles, sometimes via leaks or surrogates – for a very long time. But what’s interesting is that Mr. Obama apparently said the Israeli prime minister was being “condescending” by speaking to him about the dangers Israel faces. What should Netanyahu have spoken to Obama about? The weather? How are Sasha and Malia are doing in school?

Now how about that phrase “Most Disappointing”? Look at the very next headline: “Abbas Reportedly Turns Down Visiting Biden’s Peace Plan.” Mahmoud Abbas slaps Obama’s vice president in the face, and Netanyahu is the one whom Obama finds so disappointing.

And “Condescending”? Check out the sub-headline on that last one: “VP Said to Offer Settlement Freeze and a Palestinian capital in East Jerusalem…” Talk about condescending: Biden’s attitude toward Israel is so disrespectful and condescending that he “offers” Abbas half of Israel’s capital – as if it is Biden’s to offer!

Another blatant Palestinian slap in the face of Obama’s vice president – yet Obama remains almost obsessively focused on slamming Israel.

It gets worse with the next headline: “Official Palestinian TV Calls Jaffa Terrorist a ‘Martyr,’ Victims ‘Settlers.’ ” We’re talking about the terrorist who brutally slaughtered a West Point graduate and Vanderbilt University student, Taylor Force.

And the next one: “Rebuffing Biden, Abbas Offers Condolences But Doesn’t Condemn Attack.”

How does Abbas have the chutzpah to do this? Easy: he has learned from seven and a half years of the Obama-Biden administration that there are never any consequences for Palestinian actions. No matter how outrageous the PA’s behavior, that American check for $500 million still arrives every year.

Which leads to our final headline of the morning: “Kerry ‘Raises Concerns’ with Iran’s Zarif about Missile Tests.” Even when Iran’s brazenly launches ballistic missile, violating international agreements and threatening world peace, all the Obama administration is willing to do is “Raise Concerns.”

The Palestinians, like the Iranians, have learned from experience how this administration treats America’s enemies and how it treats its allies. All Abbas has to do is read today’s headlines to know the score. Why should he act in any other way? 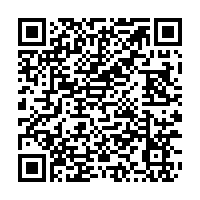