Scouts of the Regavim movement this week discovered an illegal mosque construction site near the neighborhood of Kidmat Zion (Abu Dis). The scouts documented the construction, marked it on a set of maps and sent a letter on Wednesday to Jerusalem mayor Nir Barkat, demanding that he prevent the violation.

The letter, titled, “Construction of illegal mosque next to Kidmat Zion neighborhood — demand for inspection and enforcement” was written by attorney Boaz Arazi and sent to Mayor Barkat, and to the Head of the National Building Inspection office. After providing the precise location of the offending structure, Arazi suggested that action against the construction must be taken now, before the occupants move into the new mosque.

“Past experience has taught us that the longer time passes the more the violators enhance their grip on the building. Evicting the violators is easier when executed at the beginning of the process.”

Attorney Arazi noted that once the Arab occupants have moved into the mosque, getting them out would inevitably involve a lengthy and expensive legal process, and the future eviction could result in harm to Israeli security forces and with bad publicity around the world.

Arazi reminded the mayor that he is in charge of enforcing construction laws in Jerusalem and it is his responsibility to correct the situation, namely to kick out the invaders at once, destroy the illegal structure and open criminal procedures against the violators.

The Jerusalem municipality responded to an inquiry by News 0404 saying the Regavim report has been received and its concerns are being addressed by Municipal law enforcement agents. 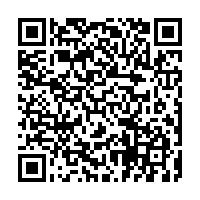