Jews have been marking the 92nd anniversary of the Hebron massacre that began on August 23, 1929 (The killings began on Friday afternoon, 17 Av, and most of the victims lost their lives on Shabbat, 18 Av). It is one of the most horrible pogroms in all of history. With a new American administration seeking to portray Jewish settlements in Judea and Samaria as obstacles to peace, one wonders what would happen – what would be the reaction – were such an attack to be perpetrated against the Jews of Hebron today.

The slaughter that took place in 1929 was part of a series of attacks on Jews. On August 17 in Jerusalem, in what was later seen as a portent, a Jewish boy had been stabbed to death. The killings in Hebron were particularly barbaric, with Arabs wielding hatchets against yeshiva students and women and babies. Before the affrays – to use the word the New York Sun used in its editorial of the time – had passed, scores had been slaughtered.


The story is retold in gruesome detail in a just-published book, Hebron Jews, by a professor of history at Wellesley, Jerold Auerbach. I have known Auerbach for years, as our mothers were cousins, and have admired his work on both labor and Jewish subjects. He uses the skills of a long-tenured professor to remind us not only of the importance of the Hebron story, from Abraham’s original contract on a burial site for Sarah to the return of the Hebron Jews of our generation, but also of its ironies.

Back in 1929 the Jews who called themselves “settlers” were the relatively secular Zionists who lived on the Mediterranean coast and in northern Eretz Yisrael. The Jews of Hebron had dwelled there intermittently for thousands of years and continuously since the expulsion from Spain in 1492. In the 1920s there was an influx of young scholars from a Lithuanian yeshiva, Knesset Israel. Their arrival coincided with rising tensions throughout Palestine. By August, trouble was sensed by the one British police officer in the town, Raymond Cafferata. He was told by both Arabs and Jews in Hebron that “any trouble” was “out of the question.”

Yet that same week a Jewish teacher named Haim Bagayo was warned, “This time we are going to butcher you all.” Earlier that day, there had been clashes in Jerusalem, in which three Arabs and three Jews died.

The Jews of Hebron, Auerbach writes, “refused to believe that their Arab neighbors, with whom they had lived in relatively peaceful coexistence for four centuries, meant them harm.” Cafferata noted that in Hebron “everything appeared normal.” But before the day was out, Arabs began to attack Jews with clubs, and Jewish shops were quickly shuttered.

The first to die was a student, Shmuel Rosenhaltz, who was set upon as he studied, alone, in the main yeshiva. The Jews were warned to stay inside their homes. Early the next morning, Arabs, screaming “Allah akbar” and “Itbach al Yahud,” or “kill the Jews,” began surging through the streets. Two Jewish youths were stoned to death outside the house of the Heichel family.

Some 70 Jews sought refuge inside a relatively large house, owned by Eliezer Dan Slonim. Almost the whole family of Slonim – his wife, Hannah, and their son, his father-in-law, who was the chief rabbi of Zichron Yaakov, and his wife – were among 22 persons who were clubbed or stabbed to death and, in some cases, disemboweled. The Slonims’ one-year-old son survived, having been hidden under dying Jews.

Rabbi Hanoch Hasson was murdered, along with his family. A pharmacist, Ben-Zion Gershon, who’d served both Arabs and Jews, “had his eyes gouged out before he was stabbed to death,” Auerbach relates. His wife’s hands were cut off before she and their daughter were killed. Mr. Goldshmidt was tortured, his head held over a kerosene flame, before he, his wife, and one of their daughters were killed.

Twenty-three corpses were discovered in the Anglo Palestine Bank, where women were raped on a floor covered with thick pools of congealing blood. Rabbis Meir Kastel and Tzvi Dabkin and five of their students were tortured and castrated before being murdered. The killings went on for two hours, and the final death toll reached 67.

In the aftermath, the left tended to support the Arabs. The Forward, a pro-labor paper, broke sharply with the comrades, siding instead with the religious Jews and praising those, albeit those few, who were reported to have fought back. One American writer, Maurice Samuel, who’d been visiting Eretz Yisrael at the time, wrote a book about the event titled, What Happened in Palestine? Like a number of other Zionists, he focused blame on the Mandatory authorities, while insisting relations between Jews and Arabs were broadly amicable. The sheik who incited the slaughter served a month in prison. Any moral standing of the Mandate, if it had ever existed, drained away.

In the years after the establishment of the Jewish state, when Jordan ruled Hebron, the vestiges of Jewish presence were obliterated. The ruins of the Avraham Avinu synagogue were razed and its site given over to an animal pen. Houses of Jewish learning were converted to Arab schools. The ancient Jewish cemetery was torn up. Jews did not return until 1967, when the chief rabbi of the Israeli army, Shlomo Goren, commandeered a jeep and, carrying a Torah scroll, Israeli flag, and shofar, raced to Machpelah, becoming the first Jew to enter the burial place of the patriarchs and matriarchs in 700 years.

In 1968, a group of Jews, lead by Rabbi Moshe Levinger and his family and animated by Zionist fundamentals and reverence for the patriarchs, moved back to Hebron and have been there ever since, often, it seems, to the consternation not only of the diplomats and the Arabs but even of many Israelis, some Jewish institutions, and of the current administration in Washington.

The date on which Levinger and his followers mark the anniversary of the massacre is known by the acronym Tarpat, for the Hebrew date, which has just passed. Their community has posted to the Internet (www.hebron.com/english/gallery.php?id=170) a group of photos of some of those who perished and of the desecration of religious objects.

A lot of things have been said about the Hebron Jews. But one thing that cannot be said is that they are prepared to abandon Hebron in the face of the kinds of danger that overwhelmed their forebears 92 years ago. 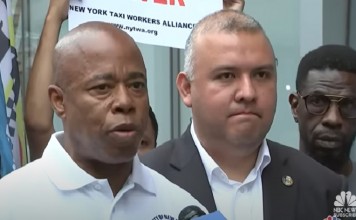 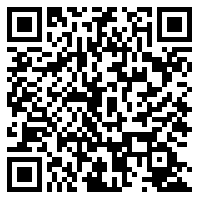