But is it really moral to provide VIP treatment to Erekat, a man responsible for the countless deaths of innocent Israelis, at the expense of the Israeli people? I would argue no.

This week Erekat was hooked up to an ECMO machine, a state-of-the-art lifesaving machine that costs some 250,000 NIS to procure and an additional 100,000 NIS per week to operate, according to Israel’s largest health service organization, Clalit.

There are only approximately 60 ECMO machines in Israel, three of which are at Hadassah Medical Center where Erekat is being treated.

What this means is quite simple: There are Israelis infected with the virus who will not receive the best care they could, and who could very possibly die, because of this VIP treatment being afforded to Erekat.

It also means that a significant amount of money is going toward treating this man – money that is being supplied by the already struggling Israeli taxpayer who Erekat so deeply disdains.

In my view, this is the opposite of morality.

To truly understand the moral lapse of treating Erekat at the expense of Israeli citizens, it is important to grasp how evil Erekat is.

For the past three decades, Erekat has been one of the most prominent Palestinian Arab leaders responsible for inciting terrorism and hatred against Israel.

He has done it all – from spreading vicious blood libels against IDF soldiers to justifying stabbing attacks and praising terrorists.

In fact, Erekat was transferred to Hadassah hospital just one day after the 19th anniversary of the murder of Israeli minister Rehavam Ze’evi, whose assassination was planned by the PFLP terror group head Ahmad Sa’adat, a dear friend of Erekat.

In 2010, Erekat even sent Sa’adat a warm letter expressing his “strongest emotions of solidarity and brotherhood.” Calling Sa’adat his “dear brother,” Erekat praised his “steadfast resistance” and wished that they will “meet soon and celebrate the victory, liberation and freedom.”

As head of the PLO, Erekat is involved in incentivizing terrorism by facilitating “pay-to-slay” payments to Palestinian Arab terrorists who murdered Jews.

A propagator of BDS, Erekat actively lobbies the International Criminal Court to prosecute Israel for war crimes and even petitioned the European Union against its decision to cut funding of Palestinian Arab NGOs that refuse to denounce terrorism.

Treating such a man is a spit in the faces of the citizens of Israel and of all those bereaved families whose loved ones were murdered by Palestinian Arab terrorism. It conveys the message that the humanity of our enemies comes before the humanity of our own citizens.

Arguments that refusing treatment to Erekat would somehow hurt Israel’s international image are understandable, although Israel’s humanitarian gestures have long fallen on deaf ears. But let’s not delude ourselves into thinking that it is the moral thing to do, or that it is a Jewish value to help such an evil man at the expense of other innocent people.

What is done is done, and now that Erekat is intubated Israel cannot halt his treatment. But Israel could have told Erekat to go elsewhere and respect the boycott that his cronies in the Palestinian Authority instituted last year against Israeli hospitals.

There are hospitals in Jordan, Turkey, and yes, even in the Palestinian Authority. If only Erekat would’ve used some of his estimated five million dollar net worth toward improving medical care instead of embezzling money from his own people, he could have received proper care in a Palestinian Authority hospital.

So yes, now we get to tell the world how humane Israel is because we provided treatment to our enemy (as if that will change anyone’s mind about the conflict). But at what cost?

In addition to all the human and financial resources being poured into Erekat’s treatment, we are in a lose-lose situation. If he dies, Israel will undoubtedly be blamed just as when Erekat peddled the lie that Israel poisoned Yasser Arafat, or more recently, that Israelis “spit on Palestinian cars and property in order to transfer the Corona disease to them.” If he recovers, it will show Erekat and the rest of the Palestinian Arab leadership that intransigence and terrorism pays off.

The famous saying from the Talmudic Midrash, “He who is merciful to the cruel will ultimately be cruel to the merciful,” has never been more relevant.

(The writer is the director of external relations and development for Im Tirtzu, Israel’s largest grassroots Zionist movement) 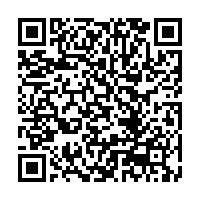