While most American Christians, especially evangelicals, support Israel, there has for some time now been a trend among European churches and their liberal counterparts in the U.S. such as the World Council of Churches, to criticize Israel, pass divestment motions and support Palestinian extremism.

The spectacle of European leftists at anti-Israel rallies in Palestinian-controlled areas is a disturbing phenomenon, to be sure, but it has been played out in miniature in Israel itself, where some local Palestinian Christians have become radicalized alongside their European friends. The origins of this anti-Israel Christian sentiment can be traced back to European missionaries in the 19th century who arrived in the Land of Israel intending to convert local Jews.

This switch in mindset from subtly anti-Jewish (conversion) to blatantly pro-Palestinian shows the degree to which Jews have remained the enemy of these groups. It is part and parcel of the larger hypocrisy across Europe whereby Jews, long persecuted as a stateless minority, are now persecuted by self-described progressives who accuse the reborn Jewish state of violating Arab rights and constituting a threat to world peace.

Whatever the Jews do, it seems they are on the wrong side of history, at least according to some.

During the 19th century numerous Christian missionaries arrived in the Holy Land with the objective of converting the poverty-stricken religious Jewish community. Organizations such as the London Society for the Propagation of Christianity Among the Jews, the Lutheran Church and the Church of Scotland targeted Jews in Jerusalem and Safed. Later, American groups and messianists such as the founders of the American Colony also directed conversionary efforts at Jews.

Consider how the Evangelical Lutheran Church in Jordan and the Holy Land (ELCHL) describes its mission: “God calls the ELCHL to proclaim the Gospel within an Arab context in the Holy Lands…. we seek to serve our Palestinian people…. The ELCJHL is a catalyst for a just peace…. [we] can properly be called a church of [Palestinian] refugees. Bishop Dr. Munib A. Younan believes that educating Lutheran and other Christian communities around the world about…the Palestinian struggle is essential if Palestine is to attain recognition and autonomy.”

This is a nationalist church, with relatively few adherents, peddling a nationalism not only for Palestinian Christians but even more so for Palestinian Muslims, since the latter constitute as much as 95 percent of the “nation” whose autonomy the church is fighting for.

When the Jewish nation was struggling, the Lutherans had no interest. The Lutheran church doesn’t merely devote itself to its congregants in Israel (of whom there are but a handful); it also publishes articles condemning the “threat” from Christian Zionism. But aren’t Christian Zionists simply doing for the Jews what the Lutherans never did?

The Lutheran role in supporting Palestinian nationalism and opposing Israel is but one small tip of the iceberg of this phenomenon. The Church of Scotland sent a commission of inquiry to Syria as early as 1839 “to find out whether a mission to the Jews was feasible.” But the Jews of Syria were stiff-necked, so the Scots turned their attention to Jerusalem where they found that the London Jews Society had already set to work seeking Jewish converts. Galilee, however, remained “an uncultivated field” and so they set their sights on Safed (and later on Aleppo.) 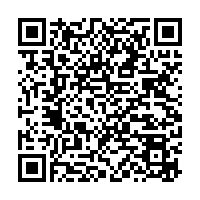