We were in Jerusalem on our annual visit to Israel when ugly street demonstrations erupted in the wake of charges that a haredi mother had nearly starved her child to death. Those demonstrations, which turned into full-blown riots, constitute a brand new chapter in the annals of chillul Hashem.

We witnessed firsthand what went on during a so-called peaceful demonstration on Kikar Shabbat that spilled over to Geula. Dozens of garbage bins were set on fire. Many traffic lights were smashed. Sanitation workers were afraid to enter the area after they were pelted with rocks and beaten.

Small children were feeding the fires with empty cartons and wrapping paper they managed to gather in the ensuing free-for-all. Their parents were too busy listening to the vitriolic speeches of incitement thundering from the grandstand.

The incitement against the “medina” was being packaged in two modes. There was the audio portion and the visual portion – audio consisting of the fiery, hate-spewing speeches common at these demonstrations; visual consisting of the (literally) hundreds of pashkevils posted all over the walls of Meah Shearim and Geula. (A pashkevil can be defined as a placard or poster usually intended to besmirch a person or an organization.)

The posters and the oratory were venomous. Of the more biting ones, the tone, phraseology, and expressions were reminiscent of Neturei Karta hate literature. The mantra: the police and Hadassah Hospital are engaging in Nazi tactics. One of the posters featured a photo of Dr. Mengele dressed in a Nazi uniform and accused the hospital of following in his footsteps.

The mobs, after listening to the inflammatory speeches, let loose in a frenzy. Witnessing the scene, we thought for a moment we were in the Watts section of Los Angeles circa 1965, or Newark circa 1967.

Actually, we knew we were in Israel because there was virtually no construction activity, following the Obama order that all building in the territories must stop. For me, personally, this was one of the saddest days since we began our pilgrimages to the holy land.

Where were the sweet sounds of bustling, burgeoning building activity? Where were the dances of the cranes? Where was the backfiring of the overloaded trucks? Where did the beautiful helmeted building supervisors and engineers disappear to? Everything was at a standstill. What an indescribably sad sight.

Despite the unpleasantness of the Meah Shearim demonstrations and the Obama settlement freeze, our pilgrimage this year, as it is every year, was extremely gratifying. We saw Jewish history revealed in front of our own eyes on an almost daily basis.

We experienced a beautiful blend of the old and the new, the biblical and the contemporary; whether it was the location of the battle of Gideon and the Midianites or the house where a Jewish heroine hatched a plot against the Ottoman Empire that cost her her life; the spot where King Shaul died fighting the Philistines or the places marking the heroic struggle of the Haganah and Irgun to save Jerusalem from falling into Arab hands in 1948.

One might wonder why our group has been making these pilgrimages to Eretz Yisrael year in and year out for more than three decades now. How much is there to see in a country the size of New Jersey? What pulls us, like the strongest of magnets, to the Land of Israel?

Basically, we have a strong desire to express our solidarity with the people of Israel, to show them we care, to show them they are not alone in their struggle for survival. We want to show our brothers that our bond to Eretz Yisrael is not just strong but unbreakable – and that we will never abandon them.

We tour the country from Metula to Eilat with love in our hearts because this is the land Hashem promised to the Jewish people. And it gives us immense pleasure to see the continuing spread of Torah, as new yeshivas, institutions, and charitable organizations spring up every year with Hashem’s help.

When we tour the land and see with our own eyes its remarkable development – the new skyscrapers and shopping malls and synagogues and housing units – we know we as a people are fulfilling the Psalmist’s wish: “Walk about Zion and encircle her, count her towers, mark well in your hearts her ramparts.” 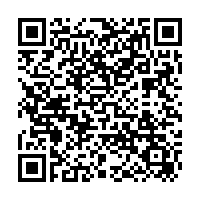