Part 1 of a continuing series

When Hillel International CEO Eric Fingerhut stands at the window of his curved corner office at the organization’s Washington, DC headquarters, he looks down on a streetscape dominated by Chinatown and its Friendship Arch. But Fingerhut’s domain extends far beyond anything the eye can see — to the four corners of North America, and beyond.


With 550 North American campus affiliates and 56 affiliates overseas, Hillel International is arguably one of America’s largest and most far-reaching Jewish organizations, dwarfing a combination of other major Jewish groups.

From its humble roots in 1920 at Texas A&M University, and then its formal creation in 1923 at the University of Illinois in Champaign-Urbana, Hillel has risen to become the tip of the spear in the battle for Jewry’s future. That battle is now being waged at the frontline of the conflagration — the college campus, where the fractal of antisemitism and anti-Zionism morphs daily.

The name Hillel stands for one thing: the next generation. Yet, the organization, which sports a $126.4 million-dollar budget and is staffed by approximately 1,000 employees, is greatly misunderstood.

Hillel International gets blamed for many things that happen at its local affiliates. Every time that a local Hillel hosts a controversial event — such as the screening of Nakba films in 2016 at the Brown University Hillel, or a Columbia University Hillel special presentation with Breaking the Silence (a group that the Israeli government has often criticized) — Hillel International contends with vociferous public and private complaints.

In truth, most people don’t fully understand that Hillel International has not been a monolithic campus organization with carefully-controlled chapters at hundreds of colleges. Instead, its model has been closer to that of Marriott International, which licenses local hotels on the condition that the local branches maintain certain standards of service and quality.

Similarly, Hillel International licenses its name and logo, and provides certain services and programs to its various independent local chapters. These chapters are generally incorporated as separate local foundations, each with separate local boards. Each affiliate has a highly localized constituency and set of challenges. While local Hillels are networked together in one identity, they are, in fact, independent corporations that agree to agree … until they don’t.

So misunderstood is Hillel International’s legal separateness from its local affiliates that many people don’t even know the organization’s real name. Official emails from Hillel staffers are commonly signed with the emblematic Hillel International logo, and sometimes with the name of the headquarters building — the Charles and Lynn Schusterman International Center.

Instead, the legal name on page 38 was misidentified as “Charles and Lynn Schusterman International Center,” which is the building’s name. In mid-July 2016, repeated attempts to confirm the entity’s true legal name with Hillel officials went unanswered, with one key official finally responding, “Let me get back to you.”

At the same time, a simple search of Charity Navigator reveals scores of other foundations with an identical or similar name — all local Hillels, from Staten Island to Los Angeles, and all points in between.

No wonder Hillel International gets blamed for every misstep of any local Hillel.

But make no mistake, each local Hillel answers to its own board and constituency, and functions in its own political climate.

Hillel International must walk a tightrope — and often, the organization can’t win. As a home to Jews of all religious, cultural and political persuasions, Hillel must balance atop the pinhead between the Orthodox, Conservative, Reform, Reconstructionist, and “drifted-away” Jewish communities. It must try to balance between those who believe in a two-state, a one-state or a no state solution — as well as those who are straight and gay, rich and poor, kosher and non-kosher, and every permutation thereof. If the proverbial three Jews need five synagogues, how many Hillels are needed at each campus?

To cope with its impossible task, Hillel International has adopted some minimal standards, i.e., Guidelines, with regard to Israel.

The Jewish state is now the flashpoint at almost every synagogue, college and local Hillel. At their heart, Hillel International’s Guidelines mandate that local chapters remain “steadfastly committed to the support of Israel as a Jewish and democratic state with secure and recognized borders as a member of the family of nations.”

The Guidelines add, “Hillel will not partner with, house, or host organizations, groups, or speakers that as a matter of policy or practice: Deny the right of Israel to exist as a Jewish and democratic state with secure and recognized borders; Delegitimize, demonize, or apply a double standard to Israel; Support boycott of, divestment from, or sanctions against the State of Israel; Exhibit a pattern of disruptive behavior towards campus events or guest speakers, or foster an atmosphere of incivility.”

In practice, Hillel International has had to enforce its trademark and standards by requiring local chapters adhere to these Guidelines. This has led to the so-called Open Hillel movement, where a few isolated former Hillels have gone their own way, collectively protesting: “We envision a future in which people of all views on Israel/Palestine can express themselves freely in Hillel.”

This year, though, something has changed.

To ensure its standards are more closely observed, Hillel International has now injected itself more deeply into the hiring of local chapter executive directors, and into local operations.

In prior years, Hillel always helped recruit, vet and recommend local chapter directors, and even assisted in some mundane payroll activities. But now, empowered by a $38 million grant from the Marcus Foundation (which was announced in December 2016), Hillel International can wield the money needed to attract and retain highly-qualified personnel.

Known as Hillel Talent Grants, the new program deploys big dollars to enhance the pre-existing process, whereby each new local executive director is personally vetted and approved by CEO Fingerhut, and conforms to Hillel International’s vision. One April 2017 email to a local chapter from the Hillel International legal department explained: “The President/CEO of Hillel International must be given the opportunity to review, interview and approve the candidate before an offer is made. While every courtesy and consideration is given to a local board’s recommendations, the President/CEO of Hillel has final authority.”

With a vision backed by big dollars — and stricter adherence to terms and conditions — Fingerhut and Hillel International can now wield wider influence over who will be hired, and who will not be.

In Boston, one of America’s leading academic communities, several members of the Hillel community are living in fear or anger that Hillel will retaliate against them if they speak up too loudly or pursue independence.

In a widely circulated June 9, 2017, email, Northeastern Hillel board chairman Sheldon Goldman openly charged that Fingerhut and the staff of Hillel International have been “engaged in fear-based tactics, where fear, not any aspirational goal, is the principal motivation. We deserve better. If we are to be led, it should be by a new leader with moral courage, who can inspire others and who fearlessly cultivates a positive, dynamic environment.”

In an August follow-up, Goldman argued that Fingerhut “must be replaced as the leader of Hillel. This cannot be done quick enough as his character is leaching away whatever moral fiber remains at SIC [Schusterman International Center].”

Are Goldman’s charges isolated? Several former members of local Hillels in Boston agree that Hillel International has used strong-arm tactics, including intimidation, retaliation, financial pressure against local chapters, and sheer bullying to enforce what one called “a reign of fear” — which some say can continue even after those critics leave college positions and seek jobs in Jewish organizations. Fingerhut and Hillel International staff staunchly deny that they have wielded any intimidation or bullying tactics in Boston. And other Hillel staffers around the country swear by the organization’s — and Fingerhut’s — calm and progressive nature.

But what has happened, and is now happening, in Boston may decide the future of Hillel International and its sometimes-stormy relationships with its local affiliates. And as Hillel goes, so goes the next generation of Jews.

{Author’s note: For several decades, I have been a volunteer lecturer at Hillels across the country. Further information about any Hillel can be sent securely to me at  hillel-info@edwinblack.com } 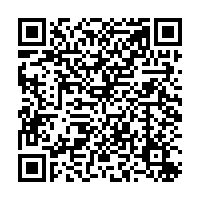