The news media is filled with reports that the Arab world—most notably Saudi Arabia and countries in the Persian Gulf, might be prepared to sign a non-aggression pact/truce with Israel. What does this mean, however, from a Muslim perspective?

Middle Eastern states are by their very nature authoritarian, even if they appear to have the trappings of democracy—like parliaments, government ministers, etc. If a leader dies or is overthrown, all bets are off. The new leader decides which agreements he will honor.

In essence, in these authoritarian states institutions are by their nature weak, because they are loyal and respond to the leader—not to the people. Regarding Middle Eastern leaders, the late professor Bernard Lewis used to say “the state is their estate.” Meaning that they understand their countries to be their fiefdoms, where they can do pretty much what they want.

In summary, in democratic societies, a “government official” means a person who represents the people vis-à-vis the government. The people empower their governments.

In Islam, peace as we know it in the West, i.e., letting bygones be bygones, cannot exist between Muslims and non-Muslims. According to both the Koran and the Shari’a, there can however be a temporary agreement, i.e., a truce or armistice. Such a truce is called a “sulha” or “hudna.” These agreements are modeled after the Treaty of Hudaybiyyah, a 628 CE treaty between the Islamic prophet Mohammad and the Quraysh tribe of Mecca, who Mohammad was unable to defeat.

The agreement was to last 10 years, but after only two—when Mohammad had managed to rearm himself sufficiently—he reneged on the agreement, attacked his enemies, and defeated them.

This sulha/hudna agreement is the type of non-aggression pact the Saudis and other Arab Muslim nations seem to be willing to sign with Israel. It is now in their interest to do so because their existential enemy is Iran, an enemy which they share with Israel.

Any agreement they sign with the Israelis must be understood in these terms. These are not peace agreements; they remain in force only as long as the leaders of these Arab countries believe it in their interest.

What would happen, for example, if the Iranian regime collapsed and the new government in Iran no longer threatened the Sunni Arab regimes? Would Israel and these Arab countries still share common interests? Would these agreements still hold? Can Muslim leaders recognize Israel as a Jewish state with the right to live within borders on land once conquered by Muslims?

What does history teach us here?

1. At the 1949 Rhodes conference after Israel’s 1948 War of Independence, the Arabs insisted on calling their treaties with Israel “armistice agreements”—not peace agreements. They further insisted that the lines drawn on the map which divided Israeli-controlled territory from territory controlled by the Arabs be defined as “armistice lines”—not borders. Borders and peace agreements imply permanence and an end to war; the Arabs could not agree to either. From a Muslim-Arab perspective, all of pre-1948 Palestine was Muslim land. Thus, they could not agree to permanent borders or peace.

PLO leader Yasser Arafat, two weeks after he signed the Oslo agreements with Israel, was in South Africa speaking to Muslims. He was recorded telling them that the agreement he signed with Israel was like the Treaty of Hudaybiyyah their prophet had signed with his enemies the Quraysh. Everyone understood the reference and the meaning—Arafat would break the agreement as soon as it became possible to do so.

2. Egyptian President Anwar Sadat, upon returning to Egypt after signing an agreement with the Israelis on the White House lawn, told his people he had done what he did for the good of Egypt. Egypt needed its resources to build itself up, and must not waste them on battles Egypt was certain to lose, he said. Sadat ended his speech by saying: what will happen in the future will happen in the future—meaning, this was a temporary agreement until Egypt could regroup—which could last as long as needed. Even so, some in Egypt saw this as treachery, which is why they assassinated him.

3. In 2000, President Bill Clinton hosted then-Israeli Prime Minister Ehud Barak and Arafat at a Camp David. The stated goal going into the summit was to come to an agreement which would end the Arab-Israeli conflict. Barak offered Arafat almost every square inch of eastern Jerusalem and the West Bank if Arafat would sign a peace agreement with Israel. Arafat instantly rejected Barak’s offer, saying “that he [Arafat] would not have tea with Sadat.” Arafat knew that if he signed such an agreement, he too would be labeled a “traitor” and likely assassinated.

There are no permanent agreements between Muslims and non-Muslims, and certainly not over land that Muslims believe is theirs.

So, what does the above tell us about any possible non-aggression pacts between Israel and Arab countries? The Arab countries in question are all ruled by Sunni Muslims. All are authoritarian. All are in the same boat as the Arab leaders in the examples mentioned above. They cannot agree to permanent peace with Israel. Almost all Muslim scholars agree that once a territory is conquered by Muslims, it must remain under Muslim rule forever. Non-Muslims—i.e., Christians, Jews and others who received a revelation from God prior to Islam can live under Islamic rule, but do not have the right to rule any territory that has ever been conquered by Muslims.

Today’s Israel was conquered by Muslims in 637-38 CE, and thus according to Islam must be ruled by Muslims forever. The Saudis, Morocco and any other Arab Muslim countries therefore cannot sign permanent peace agreements with Israel. Neither, for that matter, can Palestinian Authority leader Mahmoud Abbas. Hamas’s charter explicitly calls all of pre-1948 Mandatory Palestine a Muslim waqf—which means it belongs to Allah forever.

No Muslim can recognize Israel’s permanent right to exist because it is a Jewish state, ruled by Jews, which contradicts Islam. Any Muslim that recognized Israel’s right to exist as a Jewish state on Muslim land would be labeled a “traitor” and suffer the same fate as Sadat. So the best we could hope for is a temporary non-aggression pact between Israel and its Muslim neighbors.

Does it matter that the Muslim Arabs cannot sign a true peace agreement with Israel? As long as Israel recognizes that it must remain militarily strong and resolute in defending its culture and borders, it should be fine. Non-aggression pacts or peace treaties notwithstanding, as long as the Muslims realize that Israel is here to stay and will defend itself at whatever cost, non-aggression pacts or truces will be fine. But no one should delude himself into believing that any agreement between the Arabs and Israel will ever be like the peaceful relationship between, say, the United States and Canada. That could only happen if there is a thought revolution in Islam, something that seems unlikely for foreseeable future. 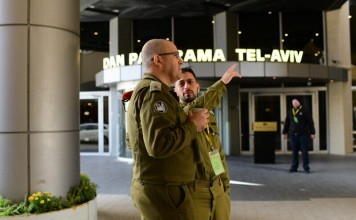