It doesn’t take a heart surgeon to figure out why there isn’t peace between Israelis and Palestinians. The Washington Post, however, seems to think otherwise.

On Jan. 29, 2020, the Post’s Alexandra Petri published a column titled “I have just read 25 books and am here to perform your open-heart surgery.” Petri used satire to mock Trump son-in-law and adviser Jared Kushner, who noted that he read 25 books in preparation for helping oversee the administration’s peace proposal. What is truly laughable, however, is the newspaper’s lack of self-awareness.

For years, The Washington Post has given column space to “experts” on the Israeli-Palestinian conflict. Individuals like Aaron David Miller, Dennis Ross, Daniel Kurtzer, Martin Indyk, Richard Haas and Rob Malley, among others, are all experienced former U.S. diplomats with decades of experience devoted to “solving” the conflict. All have doctorates in international relations or related fields (Malley also has a Harvard Law degree). All have lectured and published widely on the topic. Several—Miller, Ross, Kurtzer and Indyk—have published books on their experiences.

And all failed at what they set out to do: achieve peace between Israel and Palestinian leaders. That they failed is not, of course, a judgement of their many years of public service. They were merely the latest diplomats whose plans and proposals fell victim to Palestinian intransigence.

As the Committee for Accuracy in Middle East Reporting and Analysis (CAMERA) has frequently noted, Palestinian leaders have for more than eight decades rejected opportunities for a Palestinian Arab state if it meant living in peace next to a Jewish one.

In 1937, the British, who ruled over Mandate Palestine, proposed what can be considered the forerunner to the “two-state solution” and were rebuffed by Arab leaders, including the Palestinian-Arab leadership that would soon side with the Axis powers in the coming war. In 1947, the United Nations proposed a partition plan that would have given Palestinians something that they had never had before: a state of their own. Instead, Palestinian leaders and five Arab nations rejected the U.N. proposal and sought to destroy the fledgling Jewish nation. They failed.

Similar rejectionism followed the Arab-initiated 1967 Six-Day War. In the mid to late 1970s, Egyptian President Anwar Sadat, seeking to align his country with the United States, made peace with Israel. Simultaneously, however, Yasser Arafat, the head of the Fatah movement and the Palestine Liberation Organization (PLO) rejected peace, preferring instead to continue to support terror attacks against Israel.

Palestinian leaders continued to choose terror over negotiations until the fall of their chief patron, the Soviet Union, in 1991. That loss, and Arafat’s decision to support Iraqi dictator Saddam Hussein’s invasion of Kuwait—thereby incurring the wrath of Arab donors—left the PLO, then headquartered in Tunis after being expelled from Lebanon by Israel, in the lurch.

The United States and others would throw a lifeline to the PLO. The Oslo Peace Process enabled Arafat and his entourage to return and receive international aid. Oslo created the Palestinian Authority (P.A.) and allowed for limited self-rule. In exchange, Palestinian leaders promised to cease terrorist attacks, stop praising anti-Jewish violence and resolve outstanding issues via negotiations.

But the Palestinian leadership didn’t keep its word. Indeed, the very night of the September 1993 White House lawn signing ceremony, in which Arafat and Israeli Prime Minister Yitzhak Rabin shook hands, the PLO chieftain broadcast a speech on Jordanian television stating that Palestinians and the Arab world should understand Oslo in terms of the Palestine National Council’s 1974 decision. As Kenneth Levin, author of The Oslo Syndrome, has observed, this was a reference to the “plan of phases,” according to which the PLO “would acquire whatever territory it could by negotiations, and then use that land as a base for pursuing Israel’s annihilation.”

Indeed, as Shoshana Bryen of the Jewish Policy Center has noted, the PLO never amended its 1964 charter that calls for Israel’s destruction. In a 1996 speech in Stockholm, Arafat acknowledged: “We plan to eliminate the State of Israel and establish a purely Palestinian state. … We Palestinians will take over everything, including all of Jerusalem.”

While Oslo might have been a deception, these words showed the PLO’s true intentions. Indeed, they have been remarkably consistent. Palestinian leaders would continue to reject—without so much as a counteroffer—U.S. and Israeli proposals for peace in exchange for statehood, in 2000 at Camp David, 2001 at Taba and 2008 after the Annapolis Conference. In 2014 and 2016, America proposed and Israel accepted plans to restart negotiations based on the 2008 offer. But these were also rejected.

These peace proposals, some of them put forward by The Washington Post’s approved “experts,” never brought peace. Indeed, they often brought violence.

As CAMERA’s Steve Stotsky has documented, terror attacks and violence increased dramatically after the Oslo Peace Process allowed the PLO—a terrorist entity that had murdered Americans and Israelis alike—to return. Indeed, testimonials from Arafat’s wife, Suha, and his associates, like Abd Elah al-Atira, indicate that Arafat likely planned the Second Intifada—in which more than 1,000 Israelis were murdered and thousands injured in five years of suicide bombings, mass shootings and lynchings—while pretending to be interested in negotiations.

In the years since, P.A. leader and Arafat successor Mahmoud Abbas has not only refused U.S. and Israeli demands to end the P.A.’s “pay to slay” program, in which terrorists and their families are paid for acts of violence against Jews, but has increased their salaries. The very flag of Abbas’s Fatah movement that dominates the P.A. continues to depict all of Israel as “Palestine,” a claim routinely made by official P.A.-approved media outlets, which recently—before the latest plan was announced—called to murder Jews at a Holocaust commemoration event.

If the peace process is a “patient,” then The Washington Post-approved peace process “doctors” have presided over its death. And yet, the Post itself is unaware of this reality, pretending that the lack of peace must be due to complicated reasons that only esteemed experts with doctoral degrees can discern. In fact, it is quite simple: Palestinian leaders have long rejected peace with a Jewish state, treating terror as a bargaining tool. One doesn’t need to be a heart surgeon to understand that. 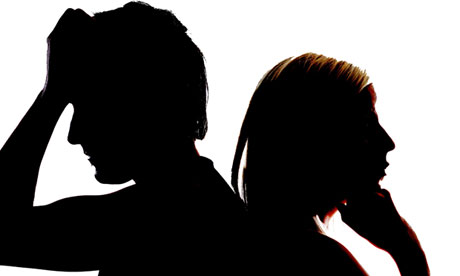 Corona Lockdown: How Not to Fight With Your Spouse for the Sake of the Children 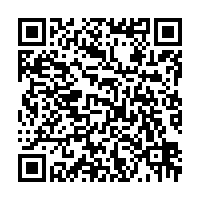