The Holocaust, by definition, never brings with it good news as the topic of any conversation. The systematic murder of European Jewry was unspeakable while it was happening, and the passing decades have brought with them little comprehension or insight. It has never progressed beyond the unfathomable. Whether the topic is Auschwitz, the gas chambers, shaved heads or numbered arms, those train tracks always led, then as much as now, to a black hole.

And so all efforts to remember it, while historically imperative and, for Jews, a tribal necessity, come with no reassurances that another Holocaust can be prevented. The global rise in anti-Semitism, and the familiar fate of and indifference toward the Uyghurs of China, offer unsubtle premonitions.


With each passing year, there are fewer surviving witnesses. And Holocaust memory—whether in diminished Yom HaShoah commemorations or the transgressive ways it has been trivialized or transformed into kitsch—has lost the solemnity it once had.

That’s why International Holocaust Remembrance Day arrived at such an inauspicious time this year. Swastika graffiti was discovered at Union Station (of all symbolic locales) in Washington, D.C., on that very day. On the eve of the day, a Tennessee School Board voted unanimously to remove the Pulitzer-Prize-winning graphic novel “Maus” from its curriculum, citing inappropriate material.

Robert F. Kennedy Jr. made a tortured analogy between the fascist forces that impelled Anne Frank and her family into that Dutch attic, and government vaccine mandates. Just a few short weeks ago, a broadcast journalist compared Dr. Anthony Fauci (arguably no saint) to Dr. Josef Mengele, the notorious “Angel of Death” at Auschwitz. Perhaps in a culture that laughed at a “Soup Nazi” on “Seinfeld” and satirized the meaning of “survivor” (reality TV show or concentration camp inmate?) on “Curb Your Enthusiasm,” where Donald Trump was continually compared to Adolf Hitler, and where America’s police are routinely accused of adopting Gestapo tactics, no one should be surprised that the iconography of the Holocaust has lost all meaning.

And it’s getting worse. The Holocaust has been an unfashionable topic for a number of years now. It doesn’t fit easily into the cultural zeitgeist of identity politics, and even worse, it completely undermines woke doctrine. And for many, the killing of Jews is simply beside the point. On many campuses, the Holocaust has been referred to as an unworthy subject for the course curriculum—an example of “white on white crime,” which is really no crime at all.

Among progressives, the Holocaust is, to put it bluntly, politically incorrect. It is a misdirected appeal for sympathy for a people who enjoy all the privileges attendant on their whiteness. Minority status is an illusion in their case, a true token. Auschwitz is all smoke and mirrors. Historical persecution must be forgotten; present-day anti-Semitism is of no special concern.

Left up to “the Squad,” International Holocaust Remembrance Day would be an excuse for a mattress sale.

Indeed, “Never Again,” “man’s inhumanity to man” and “those who fail to learn from history are doomed to repeat it”—the signature rallying cries of Holocaust remembrance—have been reduced to empty slogans, plaintive sighs, nostalgia for a time when the world suffered from less amnesia.

Nowadays it’s all a whimper, followed by a whitewash. The accelerating era of the ho-hum Holocaust has degenerated from somber reflection to anything goes. The “too soon” prohibitions of the comedy circuit have all expired. Fortunately, the lampshade bit hasn’t found its way into anyone’s act. But if it did, expect no social justice warrior to hand out a woke red card for insulting the Six Million.

One event that coincided with International Holocaust Remembrance Day and that went wholly unmentioned was the retirement of Justice Stephen Breyer, who served as a federal jurist, and in other public roles, for over three decades with great distinction. And he brought a most amiable and cultivated presence to the Supreme Court. Yet somehow, amid all the testimonials, no one bothered to highlight that he was a proud American Jew.

Back when Jews were seen as a marginalized minority, the appointment to the Supreme Court of such august jurists as Louis Brandeis, Felix Frankfurter, Benjamin Cardozo and Arthur Goldberg were openly regarded as symbols of ethnic advancement and American pluralism.

Justice Breyer’s retirement was not referenced as a Jewish milestone at all.

Perhaps because Jewish assimilation has been accomplished with such perfection that whiteness is now the primary identifying characteristic of being Jewish-American—not ethnicity, or historical persecution, the ghettos of Europe, the Pale of Settlement and the once impoverished Lower East Side, or even academic and professional success. Jews today are far more likely to be blamed for Israeli policies than applauded for their resurrection after a genocide less than 80 years ago.

In today’s political culture with its intersectional sleight of hand, Breyer’s identity was, bizarrely, evidence of a Supreme Court lacking diversity—a white man in a black robe. Indeed, a little over a year ago, few remarked that Jews comprised one-third of the High Court (Breyer joined by Ruth Bader Ginsberg and Elena Kagan)—yes, white skinned, but adding diversity to the Court and ruling, ideologically, as a liberal bloc.

Now there is just one.  And, still, no one takes notice. 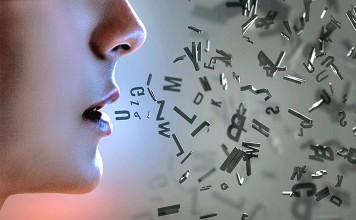 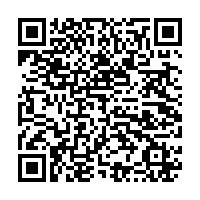