Nearly 200 of the entertainment industry’s biggest names have signed on to a statement that unequivocally condemns the U.S. government-designated terrorist group Hamas and “ideologies of hatred and genocide which are reflected in [their] charter,” while advocating a “commitment to peace and justice” for Israelis and Palestinians.

The signature campaign is the work of the Creative Community For Peace (CCFP) “an organization of prominent entertainment industry executives devoted to using art and music to build bridges for peace.”

CCFP board members reached out to actors, comedians, musicians and industry power players to show a “shared commitment” to “Israel’s right to defend its people against the terrorist organization known as Hamas as well as empathy for the loss of all innocent lives.”

Signatories representing a broad spectrum of A-list stars in all facets of the entertainment industry include action heroes such as Arnold Schwarzenegger and Sylvester Stallone; filmmakers such as the Cohen brothers and Ivan Reitman; and Hollywood producers and power brokers such as Amy Pascal, Jerry Weintraub and Bruce M. Ramer – all in support of Israel. Entertainment’s most notorious left-leaning voices such as Aaron Sorkin, Bill Maher and Sarah Silverman also show their support for Israel, as do their right-wing counterparts such as Kelsey Grammer.

“We are heartened to have received such an enormous response from within the industry — from artists to producers, agents, attorneys, managers, and industry executives — which is gratifying especially as we witness the disturbing growth of anti-Semitism around the globe,” said David Renzer, CCFP co-founder and chairman of Spirit Music Group.

This campaign comes during a time when the entertainment industry appears divided about the conflict between Israel and Hamas. Celebrities such as Penelope Cruz and Javier Bardem signed letters condemning the Jewish State. Comedian Russell Brand and actor Danny Glover have voiced their disdain for Israel. Musicians Roger Waters and Brian Eno have resorted to blatant anti-Semitism when it comes to making their voices heard regarding Israel.

“The statement has clearly struck a chord within the community, demonstrating Hollywood’s willingness to publicly support peace and Israel,” said CCFP spokesperson Lana Melman. “Our advisory board worked together with CCFP friends such as Patti Felker, Fred Toczek, Michael Kives and Martin Singer to get the word out. The statement will run again later this week in Variety and The Hollywood Reporter and we expect the list of artists signing on to show their support for Israel and peace to grow. 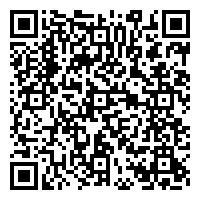