Antisemitism has now become mainstream not just in France, as Guy Millière wrote on the Gatestone website last week, but all over Western Europe. One shocking aspect of the new wave of Antisemitism is that the remembrance of the Holocaust is being abused to propagate Antisemitism and feelings of hatred against Israel — the state that the Jewish people established in order to protect themselves against future holocausts.


A September 2013 article on the Gatestone website explained how history lessons and so-called remembrance education about the Holocaust in Belgian schools are being used to infuse school children with hatred against Israel. The historical existence of the Holocaust and the Nazi extermination camps is not denied, as some anti-Semites try to do, but the reality of the Holocaust and the extermination of the Jews is trivialized — especially by equating the current treatment of the Palestinians by Israel with the Nazis’ treatment of the Jews.

As noted in the September article, to debunk this equivalency myth it would suffice to point out that the Jews arriving in Auschwitz had only a few hours, or at most a few weeks, to live, while life expectancy for the Palestinians in Gaza or on the West Bank is 72 years. It would suffice to point out that more Jews were murdered in Auschwitz during one single month than Palestinians have died during the entire 65 years of the Israeli-Palestinian conflict. These simple facts are, however, never pointed out to the children that are being indoctrinated with hatred against the Jewish State.

In response to the article, Klascement, the educational organization that is subsidized by the Belgian government and that posted an anti-Semitic cartoon comparing the situation of the Palestinians in Gaza with that of the Jews in the Nazi extermination camps, removed this cartoon from its website. However, as Joods Actueel, the largest Jewish magazine in Belgium pointed out, the organization refuses to apologize. Neither has anything been done about the anti-Israeli disinformation propagated in Belgian schools and the abuse of Holocaust remembrance for this purpose.

The problem, unfortunately, is not specifically Belgian. In other countries, as well, the remembrance of Nazi atrocities, such as the Kristallnacht, the Warsaw Ghetto massacre or the Holocaust in general, are being abused to foment hatred against Israel.

Earlier this year, David Ward, a British MP and a member of the Education Select Committee in the British Parliament, bluntly juxtaposed the Israeli-Palestinian conflict with the Holocaust.

Upon signing the Holocaust Educational Trust’s Book of Commitment in the House of Commons, Mr. Ward stated: “Having visited Auschwitz twice – once with my family and once with local schools – I am saddened that the Jews, who suffered unbelievable levels of persecution during the Holocaust, could within a few years of liberation from the death camps be inflicting atrocities on Palestinians in the new State of Israel and continue to do so on a daily basis in the West Bank and Gaza. … When faced with examples of atrocious behaviour, we must learn from them. It appears that the suffering of the Jews has not transformed their view on how others should be treated.”

Earlier, the same British MP had called Israel an “apartheid regime.” On his website, he has also accused the Jewish State of “ethnic cleansing.” It is illuminating to learn that this man is accompanying British schoolchildren on their educational visits to Auschwitz. Given his bias, it would not at all be surprising that, in Auschwitz, where millions Jews were exterminated, he indoctrinates British schoolchildren with his hatred of Israel. It is an insult to the Jews who died in Auschwitz that people such as David Ward are filling the minds of schoolchildren with hatred of the very state in which the children and grandchildren of many Holocaust victims have found a safe haven.

Six years ago, a delegation of German Catholic bishops visited Israel and the Palestinian territories. During this visit, Mgr. Gregor Maria Hanke, the Bishop of Eichstätt, also compared Israel to Nazi-Germany. “This morning [we saw] in Yad Vashem the photos of the inhuman Warsaw Ghetto, and this evening we travel to the ghetto in Ramallah. That makes you angry,” the Bishop remarked. His colleague, Mgr. Mixa, Bishop of Augsburg, added that the Palestinians live in “ghetto-like” situations and that their treatment by Israel is “almost racism.” 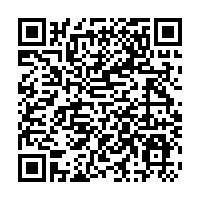