I’m not sure how to feel about Open Orthodoxy. As of 6 months ago, I had never heard the term. Now, it’s all the rage, with the pages of Times of Israel, Tablet Magazine and Haaretz.com filled with attacks, defenses and rebuttals (the latest being “Orthodox and here to stay” by Rabbi Asher Lopatin).


I’m still not certain what Open Orthodoxy means. Is it the new term for what used to be called, way back in 5773, LWMO, left-wing Modern Orthodox? (Personally, I’m LMFAO and I know it.) Is it the new term for Modern Orthodoxy as a whole, now that “modern” has become a term not be used in polite company, like “colored,” “scientific fact” and “liberal”? Is it exclusive to Yeshivat Chovevei Torah, its faculty, students, graduates and supporters? It’s hard to know. Being an English major, I naturally turn to the dictionary (Random House, in this case). “Open Orthodoxy” isn’t in there, and “open” has 88 definitions. However, “open-ended” seems to be more promising:

1. not having fixed limits; unrestricted, broad: an open-ended discussion.
2. allowing for future changes, revisions or additions: open-ended agreements.
3. having no fixed answer: an open-ended question.

Hm, discussions, revisions, additions and questions–that seems like prime OO territory. Let’s work our way backwards. I find “having no fixed answer” extremely appealing. There are, after all, many ways to conclude the sentence “The Holocaust is justified by…” and every single one of them makes the speaker a horrible person. So if OO means a Judaism that doesn’t try to attribute bus crashes to faulty mezuzot and hurricanes to gayness, I’m all for that.

What about “allowing for future changes, revisions or additions”? I think that anyone who is honest and knowledgeable about Judaism would have to admit that the Torah has undergone this process in the past, and if it couldn’t continue to do so, what would be the point of publishing new Jewish literature daily? True, we may not have the legislative or interpretive powers of the Talmudic sages, but Judaism continues to evolve along with the world. I know: it’s hard to imagine a great nation guided by an ancient founding document that can no longer be amended in practice, forcing us to argue endlessly over the text and the intent of its writers. I refer, of course, to Gondor. (Really, only the heir of Isildur can call himself king?)

This brings us to definition numero uno: “not having fixed limits, unrestricted, broad.” It’s here that I arrive at my problem with Open Orthodoxy. What are its boundaries, if indeed it has any? This was brought into stark relief by “Experiencing Faith,” a recent post by Rabbi David Almog (ordained by YCT and pursuing a doctorate at JTS) at TheTorah.com. To the question “…if revelation at Sinai is a myth, why should I be observant? In what can I still have faith?” he responds:

My own answer to these questions is that I esteem my intuitive religious experiences over doctrine. Whether or not the specific event of Sinai happened does not undermine my own experiences of the sweetness and goodness of Torah, or my sense of their prophetic nature. Moreover, just as I have a particular love for my own family and the community in which I live, I have an affinity for my Jewish family and its approach to serving God.

This brings us to the crux of the issue. The question that I always have for those who are not invested in the revelation at Sinai is the following: then why keep these 613 mitzvot? Experience, community, affinity–that’s all fine, but what if you’re not feeling motivated to separate meat and milk, to avoid threading heddles on the Sabbath or to abstain from physical contact with your spouse for two weeks every month?

More importantly, how can the OO criticize people like Rabbis Avi Shafran and Gil Student for experiencing Judaism by condemning them? Do the OO think that those rabbis are insincere? They really believe that they are defending God’s word, for what it’s worth, out of their love for their own community and faith. Why is that less legitimate than the OO experience?
I have yet to see what the compelling evidence is for the Open Orthodox who believe that (and there may be OO who do not believe this) the Exodus and the Revelation at Sinai could not have happened. Are they holding back? Do you only start to learn this stuff after getting your Master’s in Bible? Textual analysis only gets you so far.

Now, Open Orthodoxy espouses a belief that God exists and that He speaks through prophets. However, what He speaks is couched in… lies? Half-truths? Untruths? I’m not exactly sure. When God made up a new mitzva and told the prophet to pretend it had been revealed at Sinai centuries earlier, how did he convince the people? Did God perform miracles and wonders to verify this fabrication? And if prophets had the courage to speak truth to power on pain of imprisonment and death, why couldn’t they tell the truth about Sinai, namely that nothing of significance happened there?

I would love to hear from some of my OO friends (who may cease to be my friends upon reading this) what the answer is to this basic question: why fulfill these mitzvot? Why fulfill any mitzvot? From not mixing wool and linen to recalling the Exodus to putting leather boxes on our heads and arms, why? To fulfill the will of a God Who has been fooling us all along?

If I didn’t believe in the revelation at Sinai, I would have to go with the atheists. They’re far more convincing. But for further discussion and questions, OO, I’m open. 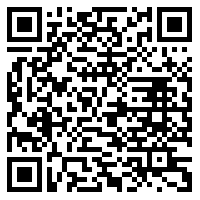