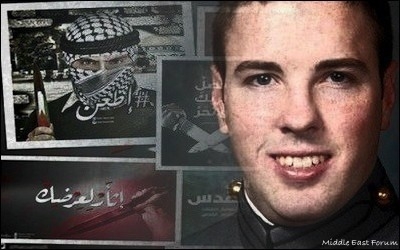 The announcement that U.S. President Joe Biden is going to be awarded the Jewish state’s equivalent of the French Légion d’Honneur during his visit to the country this week has raised a few eyebrows.

The Presidential Medal of Honor, introduced in 2012 by then-Israeli President Shimon Peres, was created to honor figures “who have made an outstanding contribution to the State of Israel or to humanity, through their talents, services or in any other form.”


In its first year, it was bestowed on five people (and one organization), including Henry Kissinger, Rabbi Adin Steinsaltz and conductor Zubin Mehta. It was awarded the following year to nine people, among them U.S. President Barack Obama, former U.S. President Bill Clinton and Elie Wiesel. Names added to the list in 2014 were Stef Wertheimer and Rabbi Israel Meir Lau.

With the end of Peres’s tenure as Israel’s ninth president came the termination of the award, which Herzog—a previous chairman, as was Peres, of Israel’s Labor Party—reconstituted after he assumed his current, predominantly ceremonial, role last summer. To head the advisory committee that recommends deserving honorees he appointed retired Supreme Court Justice Yoram Danziger.

Why Israel should consider Biden deserving of such an honor has been the butt of jokes similar to those cracked about Obama’s having become a Nobel Peace Prize laureate within less than eight months of his entry into the White House. Ditto for Peres’s bestowing of the high Israeli award on Obama, arguably one of Israel’s harshest critics and the architect of the Joint Comprehensive Plan of Action (JCPOA), the nuclear deal with the regime in Tehran that makes no bones about wanting to wipe the Jewish state off the map.

Because Biden has been around the halls of American power for many decades and interacted with nearly all Israeli leaders, the snickering about his receiving the Presidential Medal has a slightly different flavor. For one thing, when Peres was president, Israel had a conservative government, led by former Prime Minister Benjamin Netanyahu. And the dissonance was glaring.

In contrast, the now-interim government, headed by Yair Lapid, is much more in sync not only with Herzog’s leanings, but with those of the U.S. Democratic Party in general, and of the administration in Washington in particular. For these peas in a pod, Biden is an apt pick.

The right, on the other hand, has a host of reasons to ridicule the selection. One that’s especially worthy of note is the mockery that it makes of the Taylor Force Act, which was approved by the U.S. Congress in 2017 and signed into law in 2018 by then-President Donald Trump.

Taylor Force was a 28-year-old American grad student and U.S. Army veteran who was murdered on the evening of March 8, 2016 by a Palestinian terrorist on a stabbing spree. During his 20-minute rampage, spreading from the Jaffa Port area to the Tel Aviv promenade, 21-year-old Bashar Masalha from Qalqilya wounded 10 other innocent people. He was shot and killed by police after being stopped by a musician who hit him with a guitar. As part of the Palestinian Authority’s “pay for slay” practice, Masalha’s family subsequently received a monthly stipend well above the average salary in the P.A.

It was in response to this travesty that Stuart and Robbi Force instigated the campaign that would lead to the legislation, named after their son, to stop American economic aid to the P.A. until it ceases its encouragement of terrorism by funding surviving perpetrators and keeping in clover the parents of those “martyred” while in the act.

Ironically, just as Force was being killed, then-Vice President Biden landed at Ben-Gurion Airport, so close to the scene that the ambulance and police sirens could be heard blaring in the background. The purpose of Biden’s Mideast trip was to meet separately with Netanyahu and P.A. leader Mahmoud Abbas, to fan the flames of Obama administration fantasies of reigniting a non-existent peace process.

As soon as Biden finished shaking hands with all the Israeli dignitaries on the tarmac, he was whisked off to the Peres Center for Peace in Jaffa—right near the very place that Masalha launched the lengthy attack that ended Force’s life—to have a friendly meeting with Peres.

While the buddies were engaging in delusional thinking about Israeli settlements constituting an obstacle to their shared dream of the New Middle East (that Trump would come to realize two and a half years later, without Palestinian participation, through the Abraham Accords), Biden must have been hoping that Abbas would condemn the day’s bloody events.

Since both Biden and Peres secretly—and not-so-secretly—held Netanyahu responsible for a lack of progress on the land-for-peace front, they really needed to show that Abbas was an actual partner in the endeavor.

Abbas, of course, didn’t follow their script. He was too busy producing and directing the passion play that came to be dubbed the “lone-wolf intifada” or, as the Palestinians were referring to it, the “knife intifada.”

Upon assuming his post in the Oval Office in January of last year, Biden embarked on a concerted effort to reverse Trump’s policies, and not only that relating to the JCPOA. He also overturned the freeze on aid to the P.A., despite Abbas’s vow that if he had only a single penny left, it would be paid to families of the martyrs and prisoners.

When Biden arrives in Israel on Wednesday, it is doubtful that Lapid will raise this issue. There is a far greater probability that he will be faced with news of the latest Palestinian assaults on innocent people going about their business. The only difference this time is that Peres, who died six months after Force was killed, won’t be around to welcome him, other than in spirit.

Herzog, on the other hand, will be there with bells on, giving him a warm embrace along with his medal, while Abbas presents a slew of demands, all of which involve accusing Israel of war crimes.