{Written by Dr. Haim Shine and originally posted to the JNS website}

The prophets of dejection and doom, along with the anonymous intelligence officials and their representatives in the media, have been very busy of late blaming Israeli Prime Minister Benjamin Netanyahu for U.S. President Donald Trump’s decision to pull American troops out of Syria. As far as they’re concerned, all of Israel’s impressive achievements in the past 10 years are either the work of an invisible hand or the result of coincidence. Everything seen as problematic, however, is the responsibility of Netanyahu, Intelligence Minister Yisrael Katz and the right-wing government.

As they see it, Trump’s decision to cooperate with Israel, transfer the U.S. embassy to Jerusalem, support us at the United Nations, impose sanctions on Iran and bring together countries in the region are negligible at best. But Washington’s decision to pull out of Syria? That’s something out of “Apocalypse Now.” Sometimes, it seems as if the Israeli left longs for the return of Trump’s predecessor, Barack Obama, more than they do in the United States.

After 2,000 years in exile, the Jewish people have returned to the pages of history. This is nothing short of an unprecedented phenomenon. Pioneers, Holocaust survivors and new immigrants from all corners of the earth established a glorious state. A small country surrounded by enemies, Israel has become something of a world power over the years.

For generations, Jews longed to be the masters of our fate. These hopes and prayers have been realized in our time. Israel is able to defend itself and does not need to rely on the kindness of strangers. No longer must we bend to the shifting winds. Israel is admired, particularly in the United States, for never having asked for the protection of foreign soldiers. Additional disagreements may arise between Trump and members of his administration in the near future, but Israel’s leadership is determined to ensure no foreign administration is able to dictate terms that could impair the security of the state.

The withdrawal of U.S. troops from Syria does not impact Israel’s ability to contend with aggression—no matter the source of that aggression. While Israel would have preferred U.S. soldiers continued to operate inside Syria, we have been successfully managing the Syrian threat before they ever landed in the country in the first place. There is no reason to alarm Israel’s citizens, emphasizing that the U.S. decision to pull out of Syria puts Israel at risk. The best way to guarantee Israel’s security and ensure our victory is to maintain a strong Israel Defense Forces. 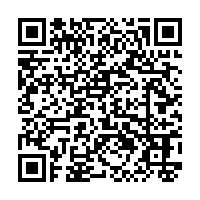