The international environment may affect election outcomes, and especially the evolution of American grand strategy.


The two key international factors in this respect are the global balance of power and the balance of threat confronting the US. Though there have been many disagreements over the years on how the US should address these factors, their essence was fairly clear until the 2010s. For example, it was clear during the Cold War that the balance of power was bipolar (composed of two superpowers), and it became unipolar with only one superpower (the US) following the Soviet disintegration in 1991.

So what happened in the 2010s that allowed the rise of Trump and his foreign policy inclinations, which—for the first time since the 1930s—were neither realist (focused on realpolitik) nor liberal? Inclinations that led, if incoherently and inconsistently, to an illiberal nationalist-unilateralist “America First” orientation? Indeed, why has the US recently had such a difficult time forming a coherent grand strategy in the first place?

While the personality and worldview of Donald Trump provide a powerful explanation, the two key international factors play a major role. First, both of them became less clear and more controversial in recent years, making it more difficult to construct a coherent and consistent grand strategy. Second, neither factor has been favorable of late to either a realist strategy or a liberal one.

For a realist strategy to dominate the foreign policy agenda, there is a need for a considerable degree of consensus and clarity over the nature of the security threat confronting the US, especially if at least one powerful great-power opponent is present in the international system. For a liberal grand strategy to dominate the agenda, the distribution of power should favor the US in some major ways. This is because only a hegemon is able and willing to invest scarce resources for the promotion of its ideology.

Neither of these prerequisites existed in the middle of this decade.

With regard to the nature of the threat, the US became polarized among three competing groups. Following Russia’s invasion of Ukraine and intervention in Western elections, liberals saw Russia as the key threat to US democracy and to the liberal international order. Realists, however, saw the rise of China as posing the key international challenge for the US because of its material capabilities. But a relatively large third camp of nationalist-populists focused more on “identity threats”—non-European migration—and the threat that it supposedly poses to White dominance in the US. This migration was also seen as linked with international terrorism, supposedly posing the key security threat as part of a “clash of civilizations” with Islam.

The liberal grand strategy, for its part, was abandoned because of changes in the balance of power. The US dominating global power—the necessary condition for the dominance of the liberal strategy—was put into question. This is primarily due to the rise of China and other powers. Under the changing distribution of capabilities and the rising costs and ineffectiveness of promoting democracy (violently in Afghanistan, Iraq, and Libya and non-violently in China and Russia), the willingness and ability of the US to shape the domestic character of other states declined dramatically.

Which factors in regard to future grand strategy should presidential candidates be considering? The continuous relative decline in American power in the global distribution of capabilities makes it more difficult to return to a liberal strategy. The continuous shift from unipolarity to bipolarity with the rise of China—and potentially later to multipolarity with the rise of others—makes the return of realism more likely. The reemergence of realism is especially likely as the rivalry with China completes its move nowadays to the center of the American foreign policy agenda.

The remaining question is whether the strategy will be confrontational or conciliatory. While that partly depends on US behavior, the perceived Chinese threat is likely to play a key role.

The candidate who is going to offer the more reasonable strategy vis-à-vis China based on the realities of the distribution of power and the level of threat is going to have an advantage in 2020 and even more so in 2024. Trump has already realized the centrality of the China card and manipulates it—especially following the eruption of the COVID-19 epidemic, during which he has blamed China for the global spread of the disease on top of numerous other allegations. While a resolute defense of American interests makes a lot of sense, there is the danger of an unnecessary escalation with China.

For a balanced strategy, Biden is likely to underline American resolve vis-à-vis Chinese (security, technological, and economic) transgressions, but also the need for restraint to prevent escalation and for cooperation whenever the interests of the rivals make it possible and beneficial to them both—whether in escalation-avoidance in the security field or in preventing a costly trade war or in addressing common threats such as climate change.

With regard to Washington’s likely strategy vis-à-vis Beijing, the changing balance of power with the rise of China means post-Cold War US aspirations to remake China “in its own image” have become irrelevant for the foreseeable future. Whether the realist strategy toward the key US competitor will focus more on confrontation or more on restraint is likely to depend, at least partly, on the level of threat posed by China to key American interests.

(Benjamin Miller is a Professor of International Relations at the University of Haifa and the principal author of Grand Strategy from Truman to Trump (Chicago: The University of Chicago Press, October 2020; with Ziv Rubinovitz) 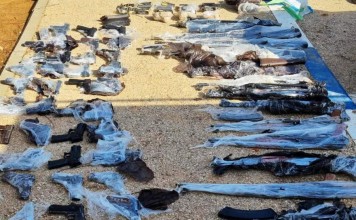 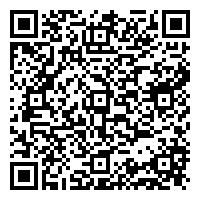