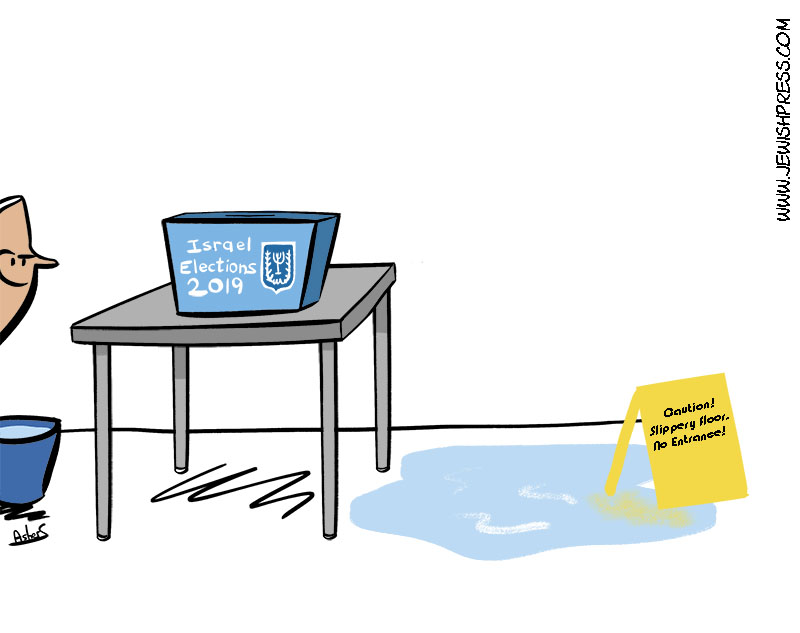 In less than three weeks Israelis will head to the polls for their second national election in just six months. Prime Minister Benjamin Netanyhau’s inability to form a majority coalition following the April elections, and the subsequent dispersal of the Knesset, raise significant questions about the viability and stability of Israel’s imperfect parliamentary system.

Israel’s system of governance differs sharply from that of the United States, and even differs from that of the very nation whose system it attempted to emulate. Former deputy foreign minister and Israeli ambassador to the United States Danny Ayalon explained to JNS that upon founding the Jewish state, “Israeli leaders simply took the electoral system of the United Kingdom, since the British had control over the region leading up to Israeli independence.”

Ayalon noted that the British system was vastly simplified by removing regional representation—a move that can only make sense in a small state such as Israel. Ayalon said this was done “because after the [1948] War of Independence it was simply easier to declare national elections without having to deal with dividing the country into regions and making the elections more complicated.”

In Israel’s parliamentary system, citizens do not vote for a specific candidate but rather for their preferred political party. Prior to elections, each party submits a list of candidates to the Central Elections Committee, which is headed by a Supreme Court Justice.

Each party determines for itself how it selects and orders its Knesset candidates. While some parties, including Likud and Labor, hold primaries, other parties, including Blue and White, manufacture candidate lists via a special internal committee or permit the party chairman to hand-pick the list.

On election day, all citizens at least 18 years old currently residing in the country are assigned a polling location close to their registered address. Israelis living abroad are not permitted to vote. Active-duty soldiers, prisoners, the disabled and others who cannot reach their designated polling stations vote via a system called “double envelopes.”

In “double envelope” votes, the envelope containing the ballot is placed inside a second envelope signed by and bearing the the details of the voter. The “double envelopes” are then brought to the Central Elections Committee, which begins to count them on the day after the election.

Unlike in the United States where electronic voting kiosks are standard, Israelis vote by placing paper ballots in boxes.

Jonny Kirsch, an attorney for the government who has been responsible for overseeing a polling station for the past five elections, told JNS, “When voters arrive, my polling station committee, made of representatives from different parties, check their identification to make sure they are at the correct location, check their name off the list of voters for that station and hand the voter an envelope.” 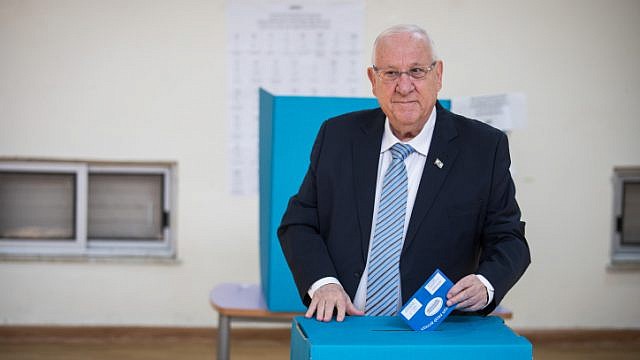 President Reuven Rivlin casts his ballot at a voting station in Jerusalem during the Knesset elections of April 9, 2019. Photo by Hadas Parush/Flash90.

Polls close at 10 p.m., at which time a complicated vote-counting operation begins and the media’s (historically inaccurate) exit polls are released to the public.

Kirsch explained to JNS that once polls close “we begin counting the votes by hand, again with representatives of the party involved. We document the results, and then bring the results along with the actual ballot box to one of 25 vote counting centers throughout the country. Our documentation is checked there for any irregularities and then the results are entered into the Central Election Committee’s closed software system, where they are rechecked. If the software detects irregularities, this is brought to the attention of a district judge who is present for this centralized vote counting process and makes decisions regarding validating and invalidating votes.”

Double envelope votes are counted later to ensure each eligible voter voted only a single time. 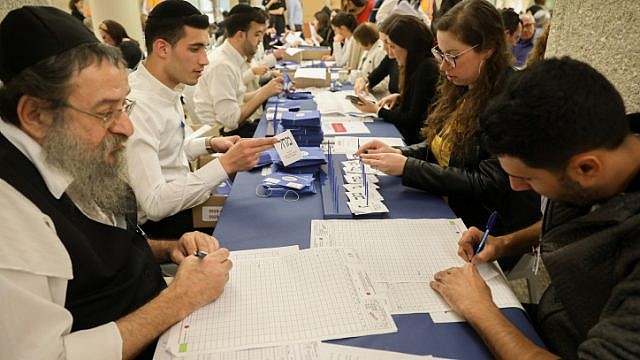 The ballots of soldiers and absentee voters are counted at the Knesset in Jerusalem a day after the general elections, April 10, 2019. Photo by Noam Revkin Fenton/Flash90.

Following the vote counting, the Knesset’s 120 seats are divided up proportionally to the number of votes each party received. Thus, for example, if a party wins 25% of the total votes, that party receives 30 of the 120 Knesset seats and the top 30 candidates on that party’s list become Knesset members.

If a party receives less than 3.25% of the overall vote, then all the votes that party received are disqualified and do not factor into the equation determining the division of the 120 Knesset seats. For this reason, smaller parties often choose to run together on joint lists to improve their chances of crossing the threshold.

After the vote tally for each party that passed the threshold is tabulated, the total number of valid votes is divided by 120. This number is called the “index.”

The “excess” seats are distributed first among pairs of lists that signed “surplus vote agreements” prior to the election. After determining which list-pairs receive additional seats, which lists within the pair receives each additional seat is then calculated.

Once the final results are tallied and calculated, the 120 MKs are announced. The new Knesset is inaugurated two weeks after the election. 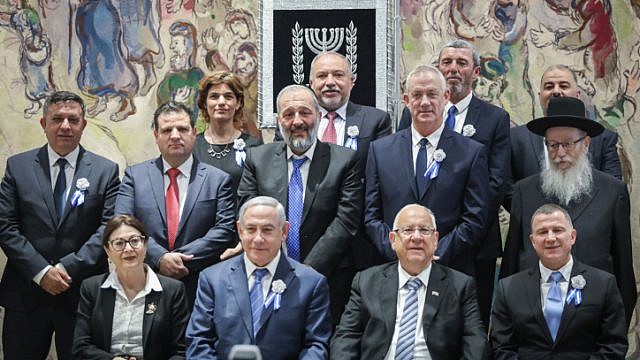 Prime Minister Benjamin Netanyahu and party leaders pose for a group picture during the swearing-in ceremony of Knesset members as a new session opens following the elections, on April 30, 2019. Photo by Noam Revkin Fenton/Flash90.

Who gets to form a government?

Selecting the prime minister is even more complicated. Immediately after the party totals are divided, the process determining which MK will get the first shot at forming a government shifts to Israel’s president.

Jason Pearlman, who served as foreign media adviser to the President’s Office from 2014 to 2018, told JNS that Israel’s president—as official head of state—has the responsibility of “bestowing the task of forming a government upon the MK he feels has the greatest chance of doing so. In order to understand who has the most support he convenes a series of consultations with representatives of each of the parties.”

While the law doesn’t dictate a timeline for when the president should hold these meetings, Pearlman told JNS that “President [Reuven] Rivlin has made clear that the efficiency of this process is a duty to the people, to ensure they have a functioning and stable government with minimal delay. As such he has on both previous elections during his term worked to conduct the consultations as quickly as possible.”

Pearlman noted that “in the past, aside from brief press statements at the beginning, these consultations were held behind closed doors. However, President Rivlin moved in the April 2019 election to have the whole meeting broadcast and open to the public, a testament to the importance of transparency in democracy.”

During these meetings, party representatives express their goals and parliamentary agendas, and then give their recommendations for who should be given the right to try to form a government coalition with a basic majority of 61 mandates. Based on these recommendations, the president tasks the MK he believes has the best chance to successfully form a coalition with the job. While this right is usually given to the leader of the party with the most seats, this is not always the case and is not required by law. 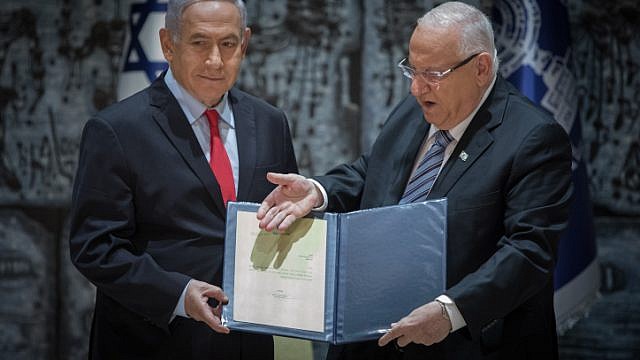 The MK selected by the president then has 28 days to negotiate with the other parties to form a coalition. During this period of complex negotiations parties will all seek ministerial posts, committee chairmanships, and for their policies to be included in the government’s agenda as conditions for joining the coalition.

Following April’s election, when Prime Minister Benjamin Netanyah failed to form a coalition within the allotted time President Rivlin was prevented from handing the mandate to another MK by the Knesset voting instead to disperse itself, forcing the country into to a new election. (Based on the initial recommendations made to the president in April, it can be assumed that challenger Benny Gantz also did not have adequate support to form a coalition.)

When are elections scheduled?

Officially, Israeli law calls for national elections to be held on a Tuesday in the Jewish month of Cheshvan four years following the previous elections. That date generally falls between late September and early November. However, it is possible for there to be early elections. This occurs when a majority of MKs vote “no confidence” in the government, or if the Knesset votes to disperse itself.

A prime minister may bring a vote to disperse the Knesset if managing the various interests of coalition parties becomes too difficult, or if the prime minister believes there will be an advantage in doing so, as opposed to the risk of waiting for the scheduled date. By law, an early election also occurs if the Knesset does not approve the annual budget by March 31 (three months after the start of the fiscal year), or three months following the approval of a new government.

There is a growing movement in Israel to explore changes to the electoral system. In the past, Israel has held direct elections for prime minister in addition to parliamentary elections. While this arrangement made the choice of prime minister clear, it made governance more complicated, as many voters opted to cast their parliamentary votes for smaller, sectoral parties after selecting a prime ministerial candidate from one of the larger parties. As a result, the presence of the prime minister’s party in the government was diminished, enhancing the negotiating power of the smaller parties.

There have also been calls to shift towards regional parliamentary representation. Israel’s first prime minister, David Ben-Gurion, broke away from the Labor Party in 1968 because the party refused to adopt electoral reform.

Ayalon told JNS that “many want to change the system today, but the smaller, sectarian parties are against it because regional representation will significantly reduce their power.” Thus, these smaller parties have prevented electoral reform from becoming part of the Knesset or government agenda.

Quite remarkably, despite the emergency circumstances in which this system was hastily established during the early years of the state, Israel has been through 20 Knesset elections with smooth transitions of power. And despite the failure to form a majority coalition following the April election, the mandate to govern has been returned to where it belongs in a democracy: with the voters.

And with that, voters in the Middle East’s beacon of democracy will again attempt to select their Knesset members and prime minister on Sept. 17, this time with more definitive results. 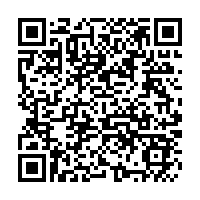