Foreign Minister Israel Katz (Likud) on Monday referred in a Reshet Bet interview to the exchange of gunfire between Israel and Hezbollah Sunday in the moshav Avivim area, and the IDF’s deception exercise, insisting that “the prime minister participated, this concerned military tactics.”

On that part, it appears the IDF on Sunday upgraded the Middle Eastern art of psychological warfare to a new height on Sunday — completely hoodwinking Hezbollah into believing it had wounded and possibly even killed a number of Israeli soldiers (See: IDF Polishes Its Psychological Warfare Against Hezbollah).

An accurate missile is equipped with a navigation system using which it can hit within 30 feet of its target. The most significant part of Hezbollah’s converting regular missiles into accurate ones is blending the raw materials using a special mixer, made in Iran, to form a cast that is then dressed on the rocket’s engine. Hezbollah’s arsenal consists, for the most part, of tens of thousands of simple rockets. Upgrading the terrorist organization’s rocket array to an accurate array would pose a horrific strategic threat against Israel.

“The prime minister, together with the IDF leadership, led the event, observed, navigated and was part of it,” Katz stated. “There are maneuvers the IDF carries out, psychological warfare and other things. The prime minister acted in accordance with the discussions and cabinet decisions on the matter.” 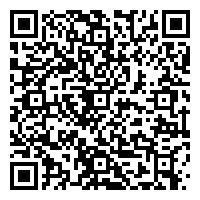