A Palestinian man was sentenced on June 30 to seven years in prison with hard labor after he was convicted of attempting to sell land to Israeli Jews. The man, whose identity was not revealed, was sentenced by a Palestinian Authority (PA) court in the West Bank city of Ramallah, the de facto capital of the Palestinians.

“The Ramallah Court of First Instance, represented by Judges Ramez Jamhour, Ramez Musleh and Amjad al-Sha’ar, issued a ruling convicting the defendant of attempting to carve out part of the land of the State of Palestine in favor of the enemy,” the PA’s official news agency Wafa reported. “He was sentenced to 7 years in prison with hard labor.”


“Carve out” is the term the PA uses to describe the transfer of ownership of real estate from a Palestinian to an Israeli Jew. The “enemy,” needless to say, refers to Israel.

The PA resorts to this kind of vague terminology to avoid criticism from the international community over its policy of punishing any Palestinian who sell his land or house to an Israeli Jew. The PA does not want the world to know that it has a law that prohibits the sale of property to the Israeli “enemy.”

In 2014, PA President Mahmoud Abbas amended Article 114 of the Jordanian Criminal Code (1960), which is in effect in the PA-controlled areas in the West Bank. According to the Jordanian law, a person who attempts to sever any part of the Jordanian territory to annex it to a foreign state will be subject to at least five years in prison with hard labor.

Abbas raised the maximum punishment to life imprisonment with hard labor for any Palestinian who is found guilty of selling or leasing “part of the Palestinian lands to a foreign country or a hostile state or any of its citizens.”

In 2018, a PA court sentenced an American-Palestinian to life imprisonment for violating the law. The defendant, Issam Akel, who holds an Israeli ID card in his capacity as a resident of Jerusalem, was accused of attempting to sell property in Jerusalem to Israeli Jews.

He was sentenced in spite of protests from Israel and the US. Then US Ambassador to Israel David Friedman said that Akel’s incarceration was “antithetical to the values of the US and all those who advocate the cause of peaceful coexistence.” The PA was eventually forced to release Akel in January 2019 under pressure from the US government.

Akel was lucky to be released because he held an American passport. Other Palestinians who have faced the same charges, however, remain in PA prisons because they are not US citizens.

The June 30 court ruling shows that the PA is determined to continue punishing Palestinians who are caught selling property to Israeli Jews. The verdict also aims to send a warning to Palestinians that anyone who even tries to engage in real estate transactions with Israeli Jews will be thrown into prison.

The PA’s war on Palestinians suspected of selling property to Israeli Jews is not only limited to legal measures. In the past few years, the Palestinian religious authorities have issued a number of edicts banning Muslims from engaging in such deals.

In 2018, Sheikh Mohammed Hussein, the Palestinian mufti of Jerusalem, issued a fatwa (Islamic ruling) calling the “land of Palestine” an inalienable religious endowment that cannot be sold to “the enemies.” The fatwa bans Muslims from “facilitating the transfer of ownership of any part of Jerusalem or the land of Palestine to the [Israeli] enemy.” It also calls on Muslims to boycott those who violate the fatwa and prevent them from being buried in Muslim cemeteries.

In 1996, Dar al-Ifta, the Palestinians’ Islamic advisory body responsible for issuing religious guidelines, ruled that it is forbidden for a Muslim to sell land to Jews. It too urged Muslims to boycott anyone involved in such deals: they are considered “heretics and traitors.”

Since the ruling, several Palestinians have been killed for allegedly brokering land sales to Israeli Jews. Dozens of others have been arrested by the various branches of the PA security forces. Three suspects, who were not identified, have been sentenced to 15 years in prison, with hard labor.

According to the PA’s Preventive Security Service (PSS), the crackdown on suspected land dealers is being carried out in accordance with instructions from the Palestinian political leadership. “The sale of properties [to Jews] poses a dangerous threat to [Palestinian] national security,” the PSS said in a statement.

This is the same Palestinian leadership that is now telling the Biden administration that it is keen on resuming the peace process with Israel.

While the PA security forces were continuing to hunt down Palestinians on suspicion of engaging in real estate transactions with Jews, Abbas told visiting US Congressmen on July 8 that he is committed to a “just and comprehensive peace through negotiations [with Israel] under the auspices of the Quartet members,” the US, European Union, Russia, and United Nations.

The members of Congress are undoubtedly unaware that Abbas’s law punishes Palestinians for allegedly selling lands to Jews. It is also safe to assume that the Congressmen are not aware of the Islamic religious decrees banning Muslims from even attempting to engage in such deals. The Congressmen do not know about these matters because the mainstream media in the West rarely reports about the apartheid policies of the PA leadership, including the ban on selling properties to Jews.

Even if Abbas returns to the negotiating table with Israel, he will not be able to make any territorial concessions to Israel because of the Palestinian law and edicts.

Abbas knows that if he makes such concessions, he will never enjoy the privilege of being buried in a Muslim cemetery, according to the ruling of his mufti and Islamic religious bodies.

In the meantime, Abbas has no problem telling the Biden administration and members of the Congress what they like to hear (about a peace process with Israel and the so-called two state solution) in order to receive US financial aid.

Abbas will take the money while at the same time his security forces are chasing Palestinians who do business with Jews. 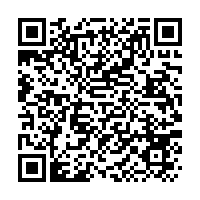