Rabbi Abraham Cooper, the associate dean and director of global social action at the Simon Wiesenthal Center, has devoted his life to defending the rights of Jewish people and combating anti-Semitism, as well as fighting for other oppressed minorities around the world. Born in Brooklyn, New York, in 1950, Rabbi Cooper attended Yeshivah of Flatbush, where a number of his teachers were Holocaust survivors.

This proved to be a consequential factor in his life. “The personal stories I heard from them about the brutalities, indignities, suffering and death only because they were Jews deeply shocked our young, naïve, free American-born Jewish kids,” he told The Jewish Press. “Many of us were angry that our parents’ generation ‘didn’t do enough’ to stop the Shoah. Perhaps it was unfair to think they could, but that anger was there, and the idea of ‘never again’ became a rallying cry for many young Jews… This happened alongside the Civil Rights Movement, Martin Luther King Jr. and the Vietnam War.”


Rabbi Cooper first became a human rights activist when he was a teenager. He joined the Student Struggle for Soviet Jewry (SSSJ), an American student-led movement founded by two unsung heroes, Glen Richter and Jacob (Yaakov) Birnbaum, whose activism would eventually help free three million Jews stripped of their cultural and ethnic identity and rights to live as Jews under Communism in the USSR.

In 1972, he traveled to six different cities in the Soviet Union to meet with refuseniks, (Soviet Jews who were not permitted to emigrate to Israel), whom he describes as “incredibly heroic people whose love of Zion overcame all fears of an all-powerful regime that wanted to destroy them.”

Rabbi Cooper continued, “They inspired me to do more when I returned to the U.S. I was banned [from Russia] for 17 years for my activities, but in 1989, when Gorbachev introduced the more open Glasnost policy, I was allowed to join Rabbi Marvin Hier and other Jewish leaders in helping to open the Solomon Mikhoels Center that was returned to the Jewish community after many, many decades.”

After completing his rabbinic studies at Yeshiva University, Rabbi Cooper became involved with Marvin Hier’s activities, first when the latter was a pulpit rabbi in Vancouver, Canada, and then when he went on to become the founder, CEO and president of the Simon Wiesenthal Center and its Museum of Tolerance.

“I met Rabbi Hier when I was working my way through school, actually, sent by Yeshiva University to collect a group of teenagers from Vancouver and bring them down to the Seattle area for a youth seminar, and I spent the Shabbat at the home of Rabbi Marvin Hier and his wife, Marlene, and their two little boys – that was in 1971,” he said. “I always remembered that what I liked about him was, he seemed to be having a good time! He had a great sense of humor and a great attitude…I wanted to be around him.” Rabbi Cooper met the Hiers the same week he met his future wife, Roz, at that YU Seminar.

Rabbi Cooper helped Rabbi Hier establish the Simon Wiesenthal Center and Yeshiva University of Los Angeles in 1977. The Center is dedicated to Simon Wiesenthal, who became a Nazi hunter after surviving five concentration camps and learning that 89 members of his wife’s and his family had perished in the Holocaust. Rabbi Cooper worked with Wiesenthal for 29 years before he passed away in 2005 at the age of 96.

“One of the lessons that Mr. Wiesenthal imparted was that in the struggle for the safety of our people, we need friends and allies. Jews cannot defeat anti-Semitism alone. We need our neighbors.”

One of the many ways the Center carries on the legacy of Simon Wiesenthal is through the investigative work of Efraim Zuroff, who is known as this generation’s last Nazi hunter. Rabbi Cooper met with him in Jerusalem, where Zuroff is based, a few days ago. “There are still a number of active cases,” Rabbi Cooper said. “We’re all shocked by it because the perpetrators, some of them, are now in their 90s, but as long as they have the intellectual and physical capabilities to stand trial, they should. There’s a case in Germany, but essentially we’re at the finish line of trials for Nazi war criminals.”

Rabbi Cooper believes that right now in the United States, Jews are in crisis mode due to the alarming spike in anti-Semitism and anti-Semitic hate crimes, especially since May, when war erupted between Hamas and Israel.

“When you’re in crisis mode, Jews have to put their differences aside. Unfortunately, both the Democrats and Republicans have weaponized the political discourse,” he said. “You have many, many Jews in many different stations in life with many levels of identity or minimal identity, suddenly seeing that their Jewishness, however they define it, is now under attack, is now a negative, and suddenly is an albatross around their necks. For the first time, many have to worry about their kids in public and private schools, they are confronted with indoctrination, where Jewish values and Israel are being demonized. This is a very dangerous and troubling point in American history.”

The great divides within the Jewish community make this period in time exponentially more precarious, which is an unfortunate situation that mirrors dynamics from the past. For example, the Yevsektsiya was a Jewish section of the Russian Communist Party’s propaganda division whose objective was the “destruction of traditional Jewish life, the Zionist movement and Hebrew culture,” according to historian and writer Daniel Pipes.

Today, there are some Jews who even endorse the Boycott, Divestment and Sanctions (BDS) movement, like the so-called “human rights organization,” Jewish Voice for Peace, which is vehemently anti-Zionist and stands in solidarity with “the squad” and Code Pink, a female-initiated NGO which is also pro-BDS and has organized and supported women’s resistance marches.

“We stand for spiritual and religious values that are presented through the Torah, we stand for a homeland that’s been the Jewish people’s for 3,000 years without apologies. We stand for human dignity for all…. But, throughout history, we’ve also had situations where people who were born Jewish turned on their own people,” he said. “We had it in the last century under communism, and we have it throughout the Middle Ages, where the people who walked away, turned their back on their own, and many times, unfortunately, became leading figures in trying to hurt the Jewish people… Today, some of those people who have the PhDs, who are in the media, leverage their Jewish name in order to hurt and threaten the largest Jewish community in the world, around seven million Jews in Israel. Our obligation is to defend our fellow Jews in Israel and beyond, and not be intimidated by those who reject our right to pursue and fulfill the destiny of our people”

Rabbi Cooper describes how the pressure to denounce Zionism in the world of academia is causing some Jews to cave. “Jewish academics, including people who are the heads of Jewish studies programs, feel compelled, pushed, pressured or just believe that they have to come out against Israel as an apartheid state, as a white supremacy state, as a colonialist state, all of these adjectives now melding into a new kind of orthodoxy, the type that we usually identified with Communist China, or Joseph Stalin’s Russia, societies where everybody had to go in lockstep or be publicly shamed, removed, or G-d forbid worse”

There is a complete disconnect between many people’s identities as Jews and the existence of the State of Israel and how crucial it is to our future survival.

“For Jewish people who haven’t made their minds up yet,” said Rabbi Cooper, “we have a responsibility to explain to them why they should care, encourage them to come over, whether it’s Birthright or on their own, to see what’s actually going on, and always leave that door open, because these are members of own family… Right now, it’s a time where we have to find ways for Jews who remember that we are one people, and that we have responsibilities to each other.” 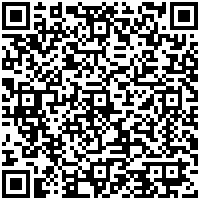