…The mission of UNRWA is to contribute to the human development of Palestine refugees in the Gaza Strip, the West Bank, Jordan, Lebanon and the Syrian Arab Republic until a durable and just solution is found to the refugee issue. The Agency fulfills this purpose by providing a variety of essential services within the framework of international standards…

The Agency’s vision is for every Palestine refugee to enjoy the best possible standards of human development, including attaining his or her full potential individually and as a family and community member; being an active and productive participant in socio-economic and cultural life; and feeling assured that his or her rights are being defended, protected and preserved.

UNRWA is a global advocate for the protection and care of Palestine refugees. In humanitarian crisis and armed conflict, the Agency’s emergency interventions, and its presence, serve as tangible symbols of the international community’s concern and ultimately contribute to a stable environment.


UNRWA is supposed to address the problem of Palestine Refugees and find them permanent homes in host countries. Yet, in the entire report, there is not a single mention of “repatriation”, “reintegration” or “resettlement” of Palestine refugees. In fact, there is only one time the word “return” is even used — and that is in a reference not to refugees going back to their homes but rather to “a return to normal Palestinian life” for Palestinian Arabs already living in the West Bank.

So why doesn’t the report emphasize its primary mandate of finding a permanent home for refugees?

And since when is UNRWA a “global advocate for the protection and care of Palestine refugees”?

On December 11, 1948, the UN adopted Resolution 194 regarding the Arabs who fled during the war. Paragraph 11:

Resolves that the refugees wishing to return to their homes and live at peace with their neighbours should be permitted to do so at the earliest practicable date…Instructs the Conciliation Commission to facilitate the repatriation, resettlement and economic and social rehabilitation of the refugees and the payment of compensation.

Clearly the original intent was to either repatriate the Arab refugees back to their original homes — in Israel — or to resettle them elsewhere in the area.

One year later, on December 9, 1949, UN Resolution 302 established UNRWA (United Nations Relief and Works Agency for Palestine Refugees in the Near East) for that purpose:

without prejudice to the provisions of paragraph 11 of General Assembly resolution 194 (III) of 11 December 1948, continued assistance for the relief of the Palestine refugees is necessary to prevent conditions of starvation and distress among them and to further conditions of peace and stability, and that constructive measures should be undertaken at an early date with a view to the termination of international assistance for relief.

We already saw that the provisions of paragraph 11 require either repatriation and resettlement, which becomes part of the UNRWA mandate. In fact, a year later, on December 2, 1950, Resolution 393 reviews a report by UNRWA and reiterates that “the reintegration of the refugees into the economic life of the Near East, either by repatriation or resettlement, is essential.”

Another point that Resolution 302 makes clear is that the creation of UNRWA is “with a view to the termination of international assistance for relief” — clearly “global advocacy” for Palestinian rights was not intended to be part of UNRWA’s job.

From the beginning, UNRWA was not intended to be a permanent agency of the UN.

But there is a bigger problem.

Who qualifies to be considered a Palestine Refugee?

Apparently, the answer must have been obvious — because in defining UNRWA’s job, Resolution 302 never actually defines who is a Palestine Refugee.

Yet UNRWA has defined — and redefined — who qualifies as a Palestine Refugee multiple times over the years.

Some of the changes, like the original definition itself, were the result of purely humanitarian grounds.

Joan Peters, in her book From Time Immemorial, suggests that the two-year minimum initiated in 1954 could have been in order to include the Arabs who were recent arrivals to the coastal areas from where many had fled. (p.398)

According to political scientist Benjamin Schiff, the reason for extending refugee status to 3 generations was actually because of budgetary problems caused by the inflated rolls of refugees. UNRWA’s Commissioner-general, Laurence Michelmore, wanted to “enlist the host-states’ assistance in cut­ting the rolls … he had offered a trade: If the governments would help rectify the rolls, he would be willing to … add third-generation refugees to the rolls.”

But extending aid to third-generation Palestinians created a unique dilemma for UNRWA:

With regard to the Palestine Liberation Organization, the names of the refugees in its army should be struck from UNRWA’s rolls; the Palestine Liberation Organization was committed to renewed military struggle and thus confronted the Agency with the paradox of United Nations funds being used to provide rations for refugees recruited for armed action against a Member State. Israel, however, supported the extension of the Mandate of UNRWA and was in full agreement with the imperative need to rectify the relief rolls.

This seems to be part of an ongoing problem for the agency. We saw in the last Israel-Hamas war that UNRWA has difficulty staying out of the ongoing conflict and Hamas weapons were found being stored in UNRWA schools.

With all of these changing definitions, is there really any limit to how UNRWA can define a Palestine refugee under its jurisdiction? Apparently not. In 1991, when Kuwait expelled thousands of Palestinian Arabs who supported Saddam during the war, UNRWA claimed jurisdiction:

During a meeting of the agency’s major donors in June 1991, its commissioner general, Ilter Turkmen, affirmed that UNRWA did have an obligation toward Palestinians who were being “persecuted, hounded, and expelled by the Kuwaiti government for supposed support of the Iraqi occupation … I consider that the responsibility of UNRWA extends to Palestinians in all parts of the Middle East [including Kuwait].” Despite UNRWA’s supposedly restricted fields of operation, Lance Bartholomeusz, former chief of the agency’s International Law Division, noted that “General Assembly resolutions do not explicitly exclude UNRWA from operating in other areas.”

Somewhere along the way, humanitarian concerns have become infected with political interests that have created an agency that has rejected the fact that it was meant to be temporary and has given itself an unlimited, global sphere of influence among Palestine refugees.

The full extent of the politics of UNRWA become more evident when we examine the change and redefinition of the actual role of UNRWA and how the agency views itself.

Have We Lost Our Jewish Minds? 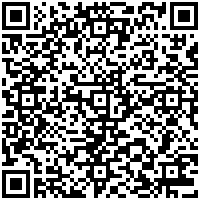