Maybe one day, we will discover that the impetus for Hamas’s newest onslaught against Israel wasn’t the pending Supreme Court decision about whether or not to respect the property rights of Jewish landlords in the Sheikh Jarrah neighborhood in Jerusalem. Maybe we’ll discover that Palestinian Authority Chairman Mahmoud Abbas’ efforts to deflect Palestinian public opinion away from his decision to cancel the elections to the Palestinian Legislative Council and chairmanship had little to do with Hamas’s missile offensive against Israel or the Arab Israeli pogroms against their Jewish neighbors in cities and on roads throughout the country.

It’s possible that in the fullness of time, we will learn that, acting with Iranian guidance and permission, Hamas chose to open its new campaign against Israel now because its leaders and their Iranian bosses were desperate to block MK Mansour Abbas from making good on his offer to provide parliamentary support for the next government of Israel – whatever form it takes.


Mansour Abbas, the leader of the four-man Ra’am Islamist Knesset faction is a riddle. Is he playing Israeli Jews for fools, speaking of Jewish-Muslim cooperation from one side of his mouth while staying true to the Muslim Brotherhood’s jihadist creed from the other side? Or is he the real deal; the domestic Arab Israeli expression of the Abraham Accords, predicated on a willingness to make lasting peace between Arabs and Jews?

The truth, at this point, is unknowable.

In the face of the violent Arab Israeli onslaught against Jews countrywide, now is no time for Israelis to base a governing coalition on a riddle like Abbas. But while for Israelis he is a source of confusion, for Hamas, Abbas is a nightmare. Whatever Abbas’s actual intentions are, it is self-evident that Hamas and its partners and supporters think he is acting in good faith and consequently, they view him as the gravest threat their longstanding political war against Israel has ever faced.

In a speech in Doha, Qatar on May 15, translated by MEMRI, Hamas leader Ismail Haniyeh discussed the meaning of Hamas’s new war. Although he didn’t mention Mansour Abbas, the text of his speech demonstrated that Abbas was living rent-free in Haniyeh’s head. Haniyeh declared that obliterating the very notion of true peace between Arabs and Jews in Israel was Hamas’s chief goal in this war.

In his words, “Jerusalem unites us. Today the geographical barriers within historic Palestine have been removed. Today Palestine is waging an Intifada from Rosh Hanikra to Eilat.

“They have thought that 70 years or more could kill the spirit of belonging of our people within the occupied land in 1948 [sovereign Israel, CBG]. They thought our people there would lose their identity and would assimilate in the Zionist entity…

“But today our people within the 1948 borders are the ones defending the Al-Aqsa mosque. They are the ones waging an intifada against the occupier and the settlers. Today brothers and sisters, some theories collapse and some are being rebuilt. The theory of coexistence between two peoples within the 1948 borders, a theory they have been cultivating for 70 years, is being trampled underfoot today by our sons and our people in Lod, Ramle, Baka al-Gharbiyeh, the Galilee, the Negev, Rahat, Beersheba and Safed. Safed is ours!”

The axis that supports Hamas begins in Iran continues through Qatar and Turkey, Syria and Lebanon. It then moves to the west – to the European Union and to progressive activists and lawmakers in the Democrat Party in the US.

Azmi Bishara, a former Knesset member who fled to Qatar just before he was arrested for treason for spying for Hezbollah in the 2006 war in Lebanon, serves today as senior advisor to the Emir of Qatar. In an interview with Al Araby network last week, Bishara discussed the expanding ties between the American left and the Hamas-Iran axis. The interview was translated by MEMRI.

Bishara argued that US President Joe Biden’s ostensible support for Israel is a relic of his 40 years in Congress. Bishara claimed that during Biden’s long tenure on Capitol Hill, Congress was controlled by “the Zionist lobby,” so Biden had no choice but to hold the line.

Bishara mocked what he presented as Biden’s slavish devotion to the “Zionist lobby,” scoffing, “Biden’s the one who said you don’t have to be Jewish to be a Zionist. It was Biden who made this strange statement!”

Today, Bishara maintained, the situation in Washington has changed.

The same Arab, Muslim, Black and leftist activists Bishara was referring to that are now sitting in Congress came through for him and his fellow members of the Hamas-Iran axis this week. Congresswomen Rashida Tlaib, Alexandria Ocasio-Cortez and Ilhan Omar were joined by a dozen or so other lawmakers as they collectively came out of the closet as anti-Semites.

The Democrat lawmakers adopted classic anti-Semitic language when they condemned Israel as an “apartheid state,” rejecting its very right to exist. They also mounted a pressure campaign on Rep. Gregory Meeks (D-NY), chairman of the House Foreign Affairs Committee, demanding that he place a hold on an approved sale of $735 million worth of precision guided missiles to Israel.

It took an even more powerful pressure campaign on Meeks from Majority Leader Steny Hoyer (D-MD) to cancel the effort. And while Hoyer was able to avoid a direct assault on US military sales to Israel, the very fact that the progressive anti-Semites in the Democrat caucus put the issue on the agenda – where it still remains – is a testament to the fact that today, they are dictating the terms of debate on Israel in the Democrat Party, and their terms begin with the assumption that Israel is evil. So great is the Democrats’ fear of their anti-Semitic members that this week every single Democrat voted against supplemental aid to Israel and every single Democrat voted against sanctioning Hamas.

Hamas/Iran felt that Mansour Abbas was a threat worth going to war to destroy because they perceive him as the Israeli expression of the Abraham Accords. And in the minds of the Iranian leadership and those of their Hamas proxies, the Abraham Accords represent the single greatest military and political threat to Iran’s nuclear and hegemonic ambitions. Destroying them is their strategic goal.

The Abraham Accords provide a formal framework for the operational partnership that developed since 2006 between Israel and the Sunni Arab states that, like Israel, are threatened by Iran. In formalizing those ties, the Abraham Accords split the Arab/Islamic world into two camps. The first camp includes Iran and the states and terror groups Iran supports, controls and is allied with. Political forces hostile to Israel in the West support this camp. Members of the Iran camp and its supporters in the West insist the Jewish state is the greatest source of instability and the primary obstacle to peace in the Middle East.

The second camp is comprised of Israel and the Arab states that understand that Iran is the greatest threat to peace and security in the Middle East. Arab members of this camp include Saudi Arabia, the UAE, Bahrain, Egypt, Sudan and Morocco. These Arab states believe that in alliance with Israel they will be able to contain and eventually defeat the Iranian regime.

Until the Abraham Accords were formalized, only the Iranian camp had an international presence. The anti-Israel, pro-Iran narrative, which claims that Israel is the greatest threat to regional and world peace, had the stage to itself from Tehran to California. Since the Abraham Accords were signed last September, the Iranian camp has been on the defensive.

“Aside from putting forward a peace proposal that was dead on arrival,” she said derisively, “we don’t think they did anything constructive, really, to bring an end to the longstanding conflict in the Middle East.”

This asinine statement put paid the notion that Biden will ever opt for an alliance with the Abraham Accords member nations over the Iran/Hamas axis.  Just as the administration refuses to even utter the term “Abraham Accords,” so it insists on ignoring their political significance for the states of the region and their military capacity to contain Iran.

Despite the massive pressure that has been exerted against Abraham Accords member states to disavow their ties with Israel since Hamas opened its offensive last week, so far they have not wavered. The UAE, Bahrain and Morocco have put out mild statements on the Hamas war. Morocco sent humanitarian aid to Gaza. There have been no anti-Israel demonstrations in the streets of any of the Abraham Accords member states.

Sudan’s leader, Abdel Fattah Al-Burhan discussed the issue in an interview with France 24 in Arabic earlier this week. The interview was translated by MEMRI.

Since it is clear that Israel made clear from the outset that it had no interest in conquering Gaza, Hamas will declare victory no matter how much damage it sustained from Israeli airstrikes. So too, after the Biden administration placed the threat of condemning Israel at the UN Security Council on the table in the first days of the conflict, it was clear that Israel wouldn’t dare defy Biden for long once he publicly demanded a ceasefire. So Israel stood down without ever stating outright what it would view as a victory in this confrontation.

Despite the deliberate lack of clarity, Israel may well emerge the victor. Two parameters will determine who has won this round of war. First, if the Supreme Court sides with the law and respects the property rights of the Jewish land owners in Sheikh Jarrah, their ruling will deliver a stinging defeat to the Iranian/Hamas axis and their American and European supporters who insist that Jews have no property rights in the neighborhood because they are Jews.

Second, if the Abraham Accords survive the war and ties between Israel and its Arab partners expand and deepen, then Hamas and its partners will be the losing side. As for Mansour Abbas, time will tell if he is a friend or an enemy. But in the meantime, his political survival is a national interest 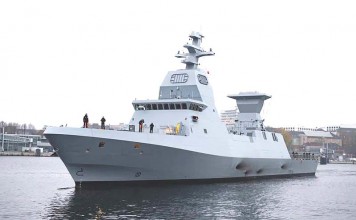