May the Torah and hashkafah contained in the article serve as both a memorial and an elevation for the souls of two very special Jews: my nephew Yisroel Levin, z”l, and his kallah, Elisheva Kaplan, a”h. May it also be a source of merit and nachas to the various gedolei Yisroel who mentored me: Rav Refael Blum of Kashau, zt”l, Rabbi Moshe Stern of Debrecin, zt”l, and Rav Avigdor Miller, zt”l.

In an obviously orchestrated production, Dov Hikind last month suddenly announced his plan to retire and named his successor: 34-year-old Simcha Eichenstein. The Wednesday evening following Hikind’s announcement, Mr. Eichenstein was kind enough to speak with me on the phone for an hour.

I have been active in moral politics for 35 years and made the following points to Simcha – directly or implicitly:

There has not been a single Orthodox legislator in recent decades on the city, state, or federal level who hasn’t voted for (and occasionally sponsored) bills that promote values that are clearly antithetical to those of the Torah. Since no one usually watches the chicken coop or holds their feet to the fire, these legislators feel free to do what they want, and often it’s easier for them to vote with the majority rather than “make a fuss.”

And yet, many of these legislators have safe seats. Whether or not Dov Hikind, for example, authored legislation or had a stellar attendance record was of little to no import to his constituents. As long as he helped people, obtained finances for the community, and was outspoken on Israel, anti-Semitism, the flow of traffic etc., he was a shoo-in.

My point to Simcha was that he has free reign to vote as he wishes on moral legislation in Albany. As long as he continues to serve his constituents, as Dov did, he will be reelected again and again. So I asked him to pledge to vote against all immoral legislation once he gets to Albany. Yes, hundreds of bills are proposed each year and keeping track of all of them is sometimes difficult, but if he or a trustworthy aide doesn’t have time to examine a particular piece of legislation, he should at least abstain from voting on it. Doing so would greatly reduce the chances of the first chassidic-garbed Jew in the country to hold a statewide office causing a chillul Hashem.

Simcha understood my point but begged off, saying he would try but couldn’t make such a commitment because at the end of the legislative session, hundreds of bills come in fast and furious, and it probably won’t be feasible to vet everything properly.

My response to Simcha – and our rabbinic leaders (who have the responsibility to direct this young man from the beginning, before his inauguration as a legislator) – is as follows:

1) Most bills are proposed months in advance, and you can “nip things in the bud” by looking at the name of each bill. The name of problematic bills will either be chazir treif or will contain Orwellian language – words like “equality,” “protection,” and other “progressive” words – indicating that the bill is not kosher.

2) Each bill contains a summary of its legislative goals. Most of the time, someone with a little experience or smarts can easily spot a treif bill.

3) It doesn’t take long to learn the names of ultra-liberal legislators. Thus, merely viewing who sponsored a bill will tell you if a bill is dangerous.

Parenthetically, my mentor, the late great Rav of Kashau, Rav Refael Blum, zt”l, once said that a legislator is akin to a “shalich tizbur,” an emissary of the community. If you support him and he makes a chillul Hashem by casting immoral votes, behaving badly, or flattering immoral politicians (referred to in halacha as “chanifa l’reshaim”), you share a portion of the chillul Hashem!

Think about it. None of us would invest money in a mutual fund or purchase a house without doing due diligence. Shouldn’t we do the same when voting for our representatives? Shouldn’t we require them to pledge fealty to Torah values and commit to consult informed rabbanim on moral legislation?

Shouldn’t we even require them to follow an established protocol when socializing with liberal legislators known for pushing an anti-Torah agenda? Some years ago, Simcha and his friend Ezra attended the birthday party of a homosexual activist at an early stage of his career. Did they smile with him? Take pictures? Flatter him? Did they consult with a rabbi conversant in the laws of “chanifa l’reshaim” before doing so?

What lesson did all the other politicians promoting the homosexual agenda at this party derive from seeing two young men in chassidic garb and peyos at this birthday celebration?

During my congressional race in1984 against Steven Solarz, Rav Avigdor Miller spoke about a scandal at the time surrounding a chassidic therapist who had molested a large number of boys and fled to Israel a step ahead of the authorities. Said Rav Miller: As long as our community continues to vote, fund, and support politicians who are proposing, promoting, and passing anti-Torah legislation, molestations and other such things will continue to occur. Unfortunately, we see the veracity of his prognosis.

But now, for the first time in 36 years, an Assembly seat will be claimed by a new personality. This is a chinuch/inauguration of sorts. It’s not just the elevation of one Simcha Eichenstein; it’s a new beginning for the community.

We, the community, are guilty for what has occurred until now – as is our rabbinic leadership. We have allowed every single Orthodox politician in Brooklyn, Queens, Monsey, etc. on all levels of government to make the occasional chillul Hashem. The only way to stop this shanda is to adopt the credo of the late Sy Syms: “An educated consumer [i.e., constituent] is the best customer [i.e., voter]!”

We must take responsibility – especially our rabbinic and organization leadership – to become educated on pending legislation through the pages of The Jewish Press and my radio program (heard every Thursday evening on WNSR 620am). Eventually, hopefully other Orthodox organs will start to emulate The Jewish Press and educate their readership as well.

If there’s a will, there’s a way, Simcha. If you feared a bill had an anti-Semitic poison pill buried within its text, you wouldn’t be cavalier about it. You would find a way, no matter the time crunch, to not depend on anyone except yourself or a specially-designated legislative researcher to be perfectly sure the bill is proofed, vetted, and absolutely harmless. If not, you wouldn’t vote for it, even if it were buried in an omnibus budget bill. Dare we do less when it comes to kedushah, to safeguarding life and morality?

We essentially ignored abortion, ignored domestic partnerships, ignored homosexual marriage, ignored transgenderism – and now we have assisted suicide is on the agenda. Will we finally wake up or just issue press statements in the charedi media?”

How about lobbying? How about placing assisted suicide and concerns about morality at the top of our top-ten lists instead of the bottom? The first six items on a recent mission statement of a national charedi organization were… gelt, gelt, and more gelt! Certainly gelt is important, but can someone show me the Torah sources that put gelt ahead of kedushah? Ahead of murder (assisted suicide)?

So, Simcha, and all politicians, we will be demanding: Name your designated staffer who will research every bill before you vote on them. Start monitoring the proposals in January and declare on your website for all to see: “I will oppose this bill when it is brought to committee and for a general vote. I will even lobby my fellow legislators to oppose this bill – because my G-d and my community and my rabbis want me to oppose immorality. I will become known as a kiddush Hashem in the legislature – the go-to guy for all things moral and the opponent of all things immoral.”

I’m not “attacking” anyone. I’m simply sharing four decades of experience as directed by Torah authorities for three-quarters of this time. You have a job to do, and so do I. My rabbeim gave me the job of advocating for morality and battling against immorality. In a future article, iy”h, I will reproduce their writings to and about me.

Rabbosai, we all face such significant challenges in our personal lives, temptations, quandaries, etc. But this is not even a tough test. The choice is between business as usual – a chillul Hashem with all the negative spiritual ramifications involved for the individual and community – and a new approach, a kiddush Hashem, that reinstates our position as a light unto the nations. Right now, millions of righteous gentiles think most Jews are liberal – which in itself is a chillul Hashem – and ask: Where, oh where, are the religious ones?

Let’s answer this question the right way and merit generations of righteous, holy, pure children and grandchildren who may speedily greet Mashiach. 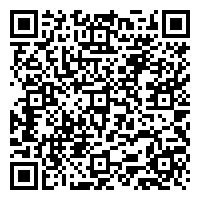