Israelis in the communities of Alonei HaBashan, Marom Golan, Hulit, Nir Yitzhak, Sofia and others raced for cover as the sirens blared through their towns and others.

“The Iron Dome launch by the IDF came in response to the infiltration of an unidentified object,” the Golan Regional Council said in a statement.

IDF soldiers and other security personnel searched the area to see whether any missiles landed on the Israeli side of the border with Syria, but no landings were found.

The IDF said in a subsequent statement that the Red Alerts were a “false alarm” but confirmed that the Iron Dome system had indeed been activated. Reports that the interceptor had hit an aircraft, however, were mistaken. 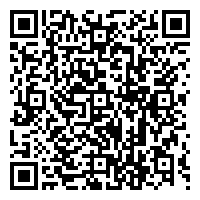