As I’ve written in the past, Israel’s gun law are far too restrictive and regulated when it comes to who is eligible to get a gun license and own a personal weapon, yet far too nonchalant in terms of what steps are mandatory in the process of getting your gun license, once you meet that initial eligibility criteria.

The short version is that eligibility is based on what the government has defined as your critical need for a license (i.e. where you live, where you work or volunteer), alongside additional restrictions (i.e. age and type of army service). This prevents most Israelis from being eligible for a gun license.

It’s so restrictive that 40% of gun applicants are rejected, and under 200,000 citizens have private gun licenses. There are around 400,000 licensed firearms in Israel (not including army issued weapons).

Since I know someone is going to mention it in the comments, I’ll say it here first. Yes, Arab citizens can and do get gun licenses in Israel.

Once you have a gun license, you’re then restricted in how many guns you can own (only one), and how many bullets you may possess (only 50).

Surprisingly, for a country that requires 40 hours of driving lessons with a licensed instructor before getting a driver’s license, there’s almost no pre-license training required for getting a gun, other than one short class and then shooting 50 bullets. There’s also a background check, and getting a stamp from a doctor.

It appears the underlying philosophy is restrict access, restrict usage, restrict guns – and the thinking stopped right there.

This is how I would change Israel’s gun law:

Eligibility The most obvious point, is that any Israeli civilian should be able to get a license, regardless of where they live or work. This doesn’t need an explanation. Gun ownership is a right.

Obviously, the applicants should not have a violent criminal or drug records and no major psychological problems.

Training Like a car, I would require anyone who wants a gun license to go through training. If you need 40 hours of lessons to get a driver’s license, a few good hours of gun training is not too much to ask for.

For someone with a military background in a combat unit (or police, security, etc.), 10 hours of training, spread out over at least 2 days, with a mix of practical and applied training is sufficient.

Civilians without any security/combat backgrounds would require 40 hours of training.

Let’s get real, we’ve all seen too many people with licensed weapons, who simply don’t know how to handle or use them. That’s ridiculous — and dangerous.

Testing Once the training is complete, a standardized test should be given. The testing would include accuracy in shooting, taking care of the weapon, handling the weapon, etc.

The test would be given by a licensed tester who is not the instructor who taught you.

The bottom line is, I want to know that the person next to me on the street with a gun is actually minimally qualified to use it. 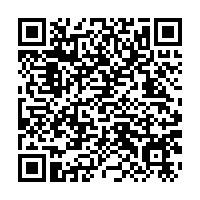