Investigative journalism mostly reconstructs events and exchanges from hidden scraps, obscure records, and third-party documents. Often the best we can do is to show that something bad must have happened based on the coincidences we find in these records. Because reporters are not prosecutors, they cannot issue subpoenas or compel testimony. It is exceedingly rare for a reporter to obtain that “smoking gun.”


That is why the case of Hunter Biden’s missing laptop, combined with original text messages and emails obtained through direct access to a recipient’s Gmail account, is so notable. It is primary, original source. At long last, even Hunter Biden himself has finally acknowledged it.

The story of Hunter Biden’s business dealings while his father Joe was Vice President and point man for United States’ foreign policy in both Ukraine and China was already known, dimly, in 2018 when the book Secret Empires was published and revealed the extent of those dealings. Our research combed through obscure records, cross-checked them, and made some educated conclusions. The book made plain what many had suspected — that Hunter Biden received money, position, and other favors from foreign governments and corporations that were eager to please his father. The book showed that there was no way that Hunter could have gotten such things without his father’s name, position, and knowledge. The book’s conclusions were based on reconstructions of timelines, records obtained through hard work done on location in foreign countries. Yet, some in the media still accused us of engaging in a “witch hunt” designed simply to embarrass the family of now-President Joe Biden.

Hunter Biden’s missing laptop became a story in itself during the 2020 presidential election. Because of the involvement of Rudy Giuliani in bringing it to the press, its provenance was discounted; it was, we were told, part of a Russian disinformation campaign. Yet it should be noted that the contents of that laptop were furnished to the press only after the physical machine had been seized by the FBI as part of its investigation into Hunter Biden’s finances. Law enforcement sources have confirmed a Justice Department investigation into Hunter Biden’s taxes, but that actually means they are looking not just at his taxes, but at the money he made that he may or may not have declared on his taxes. That investigation continues.

I was approached in 2019 by a man named Bevan Cooney, who had been a business partner of Hunter Biden’s but was convicted of fraud in another deal and was at the time in prison. I did not respond to him then, but late in 2020, Bevan Cooney reached out to us again and gave us written consent to directly access his personal Gmail account, which contained 26,000 emails relating to his business dealings with Hunter Biden. What we have is not printouts, PDF files or screenshots purporting to be genuine. It is the email account itself. We have been poring through its contents and cross-checking them against other sources to confirm their authenticity and accuracy. We have cross-referenced the Hunter Biden emails with the Bevan Cooney emails, with Secret Service travel logs, materials provided by another former associate of Hunter Biden’s named Tony Bobulinski, and Senator Ron Johnson’s committee report on these matters. They all match up perfectly. For example, where the emails reference Hunter Biden being in a certain location, or out of town until a certain date, we found perfect correlation with the Secret Service travel logs.

What emerges from all of this clearly shows what I call the “Biden business model,” in which the Biden family seems to trade off the Biden name, Biden connections, and the Biden access.

His response, like the proverbial “homework-eating dog” answer, speaks for itself. But it still distracts from the deeper question that should concern us more — and that is whether he is covering for his father. Emails reviewed by Sen. Ron Johnson’s committee during its investigation referenced a consultant writing to Hunter Biden about a proposed partnership with Chinese businessmen. The email says Hunter will receive a 20% equity in the partnership, plus a 10% stake “held by H for the big guy?”

The identity of “the big guy” has not been established. But I have learned one thing in the years I have spent looking for corruption and cronyism by government officials. The modern model of corruption in politics is rarely done in a straight line, but along the branches of a family tree. As foreign governments and other interested parties have learned, the way to a politician’s heart is through his family. There is circumstantial evidence in the collection of materials now possessed by the FBI and journalists that Hunter Biden was acting as a cover for business dealings that would benefit his father or at a minimum the Biden family estate, which includes his father.

(Peter Schweizer, President of the Governmental Accountability Institute, is a Gatestone Institute Distinguished Senior Fellow and author of the best-selling books Profiles in Corruption, Secret Empires and Clinton Cash, among others)

Where Is Israel Headed? 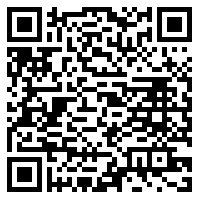