The past week or so has witnessed a spate of “Remembering Baruch Goldstein” articles and videos in the international media. That’s because the past week marked the 20th anniversary of his attack at Ma’arat HaMachpela, the Tomb of the Patriarchs and Matriarchs in Hebron.

First, to be clear, I do not agree with, or justify what Baruch Goldstein did twenty years ago. I believe I can say, as I have stated many times before, that the Jewish Community of Hebron also rejects such violence and bloodshed as a means to deal with the issues plaguing us. The reason I am so sure is simply because our people do not do it. Our people do not go out and randomly shoot at other people who are not endangering their lives.


People here are armed. We are licensed, either by the Ministry of the Interior or by the IDF, to carry small arms and rifles for reasons of self-defense, and self-defense only. Once a pistol or a rifle is in the possession of any given person, they can, theoretically, do with it whatever they want. If a person wants to go outside and start shooting people, there is nothing to stop him. The fact is that Jews don’t randomly attack and shoot people, not in Hebron, and not anywhere else. This is not the way to achieve whatever aims we might have. It is not right legally, morally or ethically. It is wrong.

As a result there are very few people who have illegitimately used weapons against Arabs for reasons other than self-defense. And those who have are imprisoned for very lengthy periods of time.

When journalists ask me about our reaction to Baruch Goldstein, after replying, I inquire as to whether they ask my Arab neighbors what they think about Yahya Ayyash. About 99% of them don’t know who I’m talking about. Ayyash was nicknamed ‘the engineer.’ Bombs he assembled killed more than 70 Israelis in numerous terror attacks in the 1990s. He trained his successors to follow in his footsteps after his death at the hands of Israeli intelligence. At his funeral, attended by well over 100,000 people, Arafat called him a saint. (Two days after Goldstein’s attack, Yitzhak Rabin, in the Knesset, said, “I am ashamed to be a Jew.”)

How many Jews have committed such acts? Five, six, maybe seven. How many Arabs? Between 1989 and 2008, more than 800 Arab suicide-homicide killers have murdered Jews. Who is the only one remembered? Baruch Goldstein.

I asked former MK Mossi Raz, demonstrating in Hebron this week, if he would also demonstrate to mark the 18th anniversary of Israel’s killing of Ayyash. Of course, the answer was a stark No.

I knew Goldstein. He was my friend. He was also a doctor. A very good one. He treated both Arabs and Jews. His trauma treatment was legendary in Israeli medical circles. His on-the-spot diagnoses were, after weeks of hospital tests, found to be 100% on the mark.

He was also the only on-duty doctor in Kiryat Arba, just about 24 hours a day, seven days a week. During the first intifada, following drive-by shootings and terror attacks, he was frequently the first medical person at the scene. As such, he witnessed horrible sights. It is said that he would sleep at night with earphones in his ears, allowing him to hear reports of attacks, without disturbing his wife’s’ sleep.

Why did he do what he did? This is a question to which, as far as I know, nobody really knows the full answer. To the best of my knowledge, he didn’t leave behind any notes or messages. However, only two months earlier, I was present at the scene of the murder of his close friend, Mordechai Lapid and his son Shalom, just outside the gates of Kiryat Arba. He tried to save Mordechai’s life, in vain. 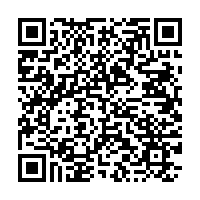