In recent days the International Criminal Court (ICC), in The Hague, has announced that it will discontinue its investigation of the Chinese government over alleged human rights violations committed against China’s Muslim Uighur minorities. Lawyers for the Uighurs had filed a communication against China with the ICC in July 2020. Correctly, the Chief Prosecutor had swiftly determined that since China is not a signatory to the Rome Statute, and thus, China is not a member state, the Court had no jurisdiction to further advance any investigations or prosecutions. Accordingly, the ICC informed Beijing it would not proceed even though there was ample evidence of China’s guilt and its refusal to carry out its own human rights investigation.

At the same time that the ICC has discharged China from criminal liability, it perniciously continues to pursue two other non-state members of the Court, the United States and Israel. Although neither country, like China, is a signatory to the Rome Statute and each country has a robust and independent military court system, The Hague has been engaged in aggressive and unlawful investigations to try and find a legal basis to commence a prosecution.

The ICC is investigating the US military over alleged “war crimes” in Afghanistan. Concerning Israel, the ICC is investigating the IDF over its 2014 Protective Edge Operation against Hamas rocket fire from Gaza. In addition, the Chief Prosecutor has publicly alleged that Israel’s settlement policy is a violation of Palestinian rights and the Geneva Convention and is investigating that as well. It claims Jewish communities erected in Judea and Samaria would constitute “population transfers” into “occupied territories.”

In order to pursue non-signatory Israel, The Hague had to resort to several underhanded tactics to try and meet the criteria needed for a lawful investigation and prosecution. Firstly, it had to bestow statehood on the Palestinians and claim they had the capacity to sign the Rome Statute. Second, the ICC had to allow the Palestinians to sign the Rome Statute, a clear violation of the Oslo Accords and other international agreements. Next the ICC had to unilaterally make a determination of “Palestine’s” final borders and decide which areas Israel was actually occupying. Shockingly, East Jerusalem, the Old City and Temple Mount were deemed to belong to the Palestinians.

Finally, the ICC rejected Israel’s assertions that it has a robust and independent judiciary. It is Israel’s contention that it always conducted its own independent legal inquiries when allegations of illegal actions were raised and has always prosecuted and punished its own soldiers when it deemed necessary.

After making all these dishonest findings and forced assumptions, the ICC admitted “Palestine” as a state member. The Palestinians swiftly filed a communication with the Chief Prosecutor asking her to investigate Israel and the IDF.

The ICC’s lenient treatment of Chinese human rights violations vis-a-vis its biased insistence on investigations of Israel and the US, once again displays the politicization of the ICC and the weaponization of international law.

In recent months, the Trump Administration has been extremely active in placing pressure on the ICC to drop its investigations of the US and Israel. Secretary Pompeo has seized the assets of ICC officials, has placed travel bans and other punitive sanctions on them. The Department of State has warned the ICC to discontinue its investigation of non-party members including the US and its allies such as Israel.

The incoming Biden Administration will be under pressure from Europe and the UN to cancel the travel bans and sanctions Washington recently placed on the ICC officials. Many believe the Chief Prosecutor has been patiently waiting until the Democrats assume office in January to announce its indictment of Israel for war crimes. Without the US’ backing against the ICC, Israel will have a very difficult time defending herself against the blood libels and false allegations. 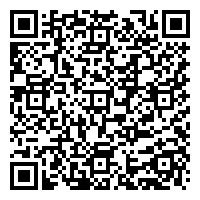