Whenever the media mention Iceland in the context of Israel, it is usually to report negative news. One recent development is a petition going around the country not to participate in the Eurovision contest, which will be held next year in Israel. So far this petition has received 11,000 signatories. That is significant in a country with only about 350,000 inhabitants. (Apparently the national broadcaster nevertheless intends to participate in the Eurovision program.)


It is difficult to find in Iceland’s history more than one substantial occasion when it played a positive role for Israel or Jews. The Icelandic representative at the UN, Ambassador Thor Thors, was the rapporteur for the 1947 Special Committee on Palestine (UNSCOP). This committee recommended partitioning the British Mandate into two states, one Jewish and one Arab. In his autobiography, Abba Eban reports that Thors was “magnificent” in introducing the recommendation to the General Assembly where the vote would be taken.

In 2015, the city council of Iceland’s capital, Reykjavik, decided to boycott Israeli products. A week later, Reykjavik’s Mayor, Dagur B. Eggertsson, amended the proposal so that the city would be boycotting only those goods produced in the “occupied” areas. Council members said the boycott was a symbolic act designed to support Palestinian statehood and condemn Israel’s alleged policy of apartheid.

The Icelandic Foreign Ministry said the city council’s decision was not in line with the country’s policy. Yair Lapid, leader of the Israeli Yesh Atid party and a former finance minister, reacted by asking inter alia whether the boycott included Microsoft Office, cellphones, cameras, and Google, all of which contain elements that are produced in Israel. Lapid added that if the answer to all these questions is yes, he wishes them an enjoyable life until their sadly unavoidable heart attack, as pacemakers are also an Israeli invention.

For such a small country, Iceland has caused a great deal of international mischief this century. It made the international press in 2008 in a major way when it suffered a systematic banking breakdown. Bearing in mind the relative size of its economy, its financial collapse was the largest the world had ever seen.

In 2011, Iceland’s parliament was the first country in Western Europe to recognize a Palestinian state. The foreign minister at the time, Ossur Skarphedinson, was extremely anti-Israel. Iceland’s Birgitta Jonsdottir was the first parliamentarian of any country to visit participants of the failed second Gaza flotilla.

Iceland’s attitude toward Jews, both recently and in the past, can be described as wretched. The latest indignity was a proposal this year to be the first country in Europe to ban circumcision. In addition to politicians, 400 doctors supported the bill.

Iceland attracted much negative international attention for this. Reinhard Marx, the cardinal of Munich and Chairman of the Commission of the Bishops Conferences of the European Community, denounced the bill as an attack on religious freedom. The bishop of the National Church of Iceland said the ban could criminalize Judaism and Islam in that country and result in the barring of individuals who adhere to those religions.

The leading Republican and Democrat on the US House of Representatives Foreign Affairs Committee together urged Iceland not to support the proposed bill. They wrote to the Icelandic ambassador in Washington, saying: “While Jewish and Muslim populations in Iceland may be small, your country’s ban could be exploited by those who stoke xenophobia and anti-Semitism in countries with more diverse populations.”  The Conference of European Rabbis announced that it had managed to convince doctors, academics, and heads of organizations of all faiths to call the proposal “anti-Semitic.”

There are many other examples of anti-Semitic behavior in Iceland’s past. Iceland gave warm refuge to the Estonian Nazi war criminal Evald Mikson. At the end of the 1980s, Nazi hunter Ephraim Zuroff tried to bring Mikson to trial for his involvement in the murder of Jews in Estonia. This led to many Icelandic media attacks against Israel. The country’s government took more than 10 years after Zuroff’s initial appeals to set up a commission to investigate Mikson’s war crimes. Only after his death did the investigators find that he had indeed committed atrocities.

In 2004, Iceland offered asylum to Bobby Fischer, the extremely anti-Semitic former chess world champion. In 2004 he was arrested in Japan and held for several months for using a passport that had been revoked by the US government. Fischer fought extradition to the US. Eventually, he was granted an Icelandic passport and citizenship by a special act of the Althing, Iceland’s parliament. This allowed him to live in Iceland until his death in 2008. (As an aside, he praised the September 11 attacks.)

Many cases of anti-Semitism in Iceland over the centuries have been described by Vilhjalmur Örn Vilhjálmsson, an expert on the country’s history towards the Jews. One example concerns the deportation in 1938 of an impoverished German Jewish refugee to Denmark. The Icelandic authorities at that time offered to cover all costs for his expulsion to Nazi Germany if Denmark refused him entry. Decades after the war, similar cases became known.

Vilhjálmsson also published the fact that several Icelandic members of the Waffen SS fought for Nazi Germany, and others served in concentration camps. He added that after the war various former members of Iceland’s Nazi party quickly “attained high positions in society, including a couple of chiefs of police, a bank director and some doctors.”

Iceland’s anti-Semitism still continues. Every year during the Lent period before Easter, daily hymns full of hatred for the Jews are read out by distinguished citizens and broadcast on Iceland’s public radio station. These texts were written in the 17th century – many years before the first Jews arrived in the country – by the Christian priest, poet, and anti-Semite Halgrimur Petterson. One hymn, entitled “The Demand for Crucifixion,” reads: “The Jewish leaders all decide that Jesus must be crucified. The Prince of Life their prey must be. The murderer set at liberty.” In 2012, the Simon Wiesenthal Center tried in vain to stop this hateful practice.

A Chabad emissary recently arrived in Iceland and a Chabad House was established in Reykjavik. It is the first permanent Jewish institution ever in the country. The highest estimate of Jews in the country is 250, a tiny presence.  One can only hope the new emissary will not be subjected to abuse. 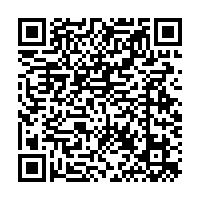