Police appear to have acted in clear defiance of the policy change stated on July 11 by Prime Minister Benjamin Netanyahu, who vowed that he would no longer allow the evacuation of any settlement – Jewish or Arab.


“Here’s a commitment, write it down,” Netanyahu said at an event in Revava, between Barkan and Karnei Shomron—five minutes from Kfar Saba—marking the 40th anniversary of the Samaria Regional Council. “I offer it under my own name, but it’s crucial to understand that it has no time limit,” the PM insisted, vowing: “No settlement can be uprooted in the Land of Israel, neither Jewish nor Arab. We do not uproot people. We’re done with this nonsense. Under my leadership, Israel did not and will not repeat the mistakes of the past.”

The outpost Maoz Esther was established some 13 years ago, in memory of Kochav Hashachar resident Etti Galya, who was murdered in a shooting attack at the nearby Rimonim Junction.

A reported 10 young men and women were arrested at the outpost, when they resisted the evacuation and destruction of their dwelling structures, and were taken to the police station in Sha’ar Binyamin.

Maoz Esther is home to both families and singles who settled there in order to boost the Jewish presence in the area.

It isn’t clear at this point when and how the PM intends to punish police for carrying out a demolition raid against his declared policy.

Meanwhile, police appear to obey the PM’s policy regarding the illegal Bedouin shantytown of Khan al Ahmar, which is not being touched, in keeping with Netanyahu’s promise. 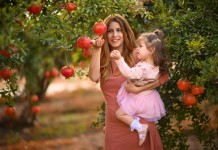