I’ve long maintained that the large number of people having a difficult time getting and staying happily married is only a symptom of deeper problems in the community. Consequently, efforts to get more singles to go out on more dates will be largely unsuccessful unless the deeper problems are addressed. This thesis has been validated in recent years, as more attention to the “crisis” and various schemes to create shidduchim have yet to result in meaningful change or much cause for optimism.

One of the most significant problems lurking beneath the surface is a sort of identity crisis that affects both singles and those who try to set them up. Consider the following anecdote.


A man who is active in his community once asked me if I might know of someone for one of two women he had in mind. The first, he related, was thirty years old and six feet tall. He paused and I waited for him to continue, but, incredibly, he asked if I knew of anyone for her.

I facetiously asked if he wanted me to find someone 34 years old and six foot three. Even more incredibly, he replied in the affirmative, as if setting up two human beings for marriage is merely a matter of breeding livestock of similar age and height. He felt that we might as well get these factors out of the way before considering other information.

I can only wonder why we don’t get qualitative factors like values, goals, personality, and character out of the way before considering if age and height should obstruct a meeting. If nothing else, it would keep our priorities in the right place.

I told him I did not feel this information was a sufficient basis for setting people up, so he moved on to the second woman. “She’s a lovely young woman of 23 who’s looking for a boy who is serious about learning, but also plans on working.” Considering his description of the first woman, he probably felt this was an exhaustive biography of the second.

I suggested he visit the beis medrash at Yeshiva University where he would find hundreds of young men seriously studying Torah who plan to have careers. My point was twofold. First, the description is highly superficial and there is no shortage of people who fit it. Hence, the description hardly qualifies as such, and is essentially useless unless it is followed by information that is more precise and speaks to the quality of individuals, not large groups of people.

Second, if this were truly all the young woman was seeking she would likely have already been married. I suspected that if she went out with someone who studies Torah and also works (which, in my opinion, is something that should be so mainstream it wouldn’t even require mention) that would likely not be nearly enough to satisfy her. We would then find out what she was really looking for.

However, since she had failed to clearly articulate what she was looking for and/or the person acting on her behalf failed to transmit this information effectively, her chances of being set up with someone truly compatible were little better than random.

This sort of superficial “description” of people is the norm from shadchanim, friends and relatives of singles, and singles themselves in personal profiles. It is no wonder, therefore, that so many dates seem to be good “on paper,” yet in real life are disappointing and well off the mark. It is trivial to match up age ranges, height, and superficial background details, but it is far more challenging to suggest shidduchim based on meaningful, qualitative factors.

For this to happen singles need to be in touch with their true selves, identify their real needs and wants, and articulate this to others. Those who set singles up in turn need to be receptive to this information, receive it effectively, respect it, and articulate it to others as well. With each link in this chain that is missing, the shidduch process becomes exponentially more random and ineffective.

Rationalizations for the status quo are many and shallow, including:

● It would take a great deal of time to get to know singles better and to describe them more meaningfully. 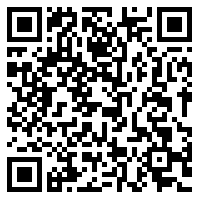