I was lucky to find a parking spot near the house. I was worried about being late, because I knew that Shmuel, the husband of the couple I was interviewing, had to leave within an hour to be on time for the mincha minyan at his local Breslav shul.

Frankly, I didn’t know what to expect. Shmuel and Sara Leah Saposnick were unlike any other couple I had ever interviewed during my long career as a journalist. But in the end, I decided to treat them as I would any other interview subject – put them at ease and encourage them to tell me what was important to them. I’ll let you, the reader, judge how successful I was.


From the outside, the multi-family house where the Saposnicks live looks very much like the others on their busy Boro Park cross street. When I knocked on their apartment door, and asked to come in, I learned that Shmuel had just come home from work. He had been delayed because the B-11 city bus he takes to and from his job each day was late. I was asked to wait a few minutes at the dining room table to give Shmuel a chance to freshen up. I secretly welcomed the chance to look around and get a feel for their home, while Sara Leah was busy in the kitchen putting away the food she had just bought for Shabbos at the local supermarket.

I noted that their apartment is well kept, bright, and tastefully, if modestly, decorated and furnished. A few minutes later, Shmuel and Sara Leah came in and the interview began.

Sarah Leah immediately made it obvious that she is the conversationalist of the family. She was eager to answer my questions about her family background, how she and Shmuel met and married, and what their life together has been like.

Occasionally, I would ask Shmuel a question, but he was content to let Sara Leah do most of the talking. He preferred to sit quietly most of the time, watching and listening intently to my questions and adding occasional comments and points of information to Sara Leah’s lively narrative.

Sara Leah told me that she grew up in an Orthodox home in the Canarsie section of Brooklyn, was the youngest of 5 children, and that she had been living with her father on Long Island before she married Shmuel. Her family is not chassidish, but her father’s cousin knew Shmuel and his family, who are Bobover Chassidim, from the Pelham Parkway section of the Bronx.

She particularly enjoyed telling me the story of their first date, and how Shmuel took her out to Kosher Delite, which is still their favorite restaurant. By the end of their fourth date, the couple was engaged. In fact, Sara Leah made a point of telling me that Shmuel asked her to marry him twice. When I asked Shmuel whether he had to ask twice because she turned him down the first time, he said no, that she had accepted the first time, but he decided to ask her again, just to make sure. Sara Leah also recalled how nervous Shmuel was when he brought her home late that night, worried about how he would tell her father that they were engaged, but everything worked out well in the end.

For her part, Sara Leah said she never had any doubts, and feels very lucky that she is married to Shmuel. “He is the only one who has been willing to take me the way I am,” she told me. In his own quiet way, Shmuel made it clear that he feels the same way about Sara Leah, whom he described as “a good wife,” who takes good care of their home.

It was not easy to put all the necessary arrangements in place, but within six months of their engagement, Shmuel and Sara Leah were married.  It was on October 31, 1995 that they began their life together with all the help they needed.

Yes. Shmuel now age 39, and Sara Leah, 42, have developmental disabilities. Since they got married, they have been receiving residential support and supervision from HASC Center, designed to help them to live a normal and satisfying life together.

According to Dr. Chaim Wakslak, the Clinical Director of HASC Center, the fact that marriage has worked so well for Shmuel and Sara Leah does not necessarily mean that it would be appropriate for many others with developmental disabilities. He pointed out that it succeeded for this couple because they are relatively high functioning, and are physically and psychologically capable of sustaining a healthy family relationship. Also, HASC Center carefully prepared Shmuel and Sara Leah for marriage, including its halachic aspects, and continues to supply everything all the things they need in their daily lives which they cannot provide for themselves. 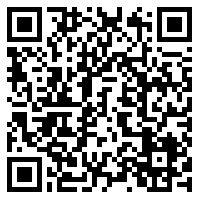