It is the sort of resolution one would expect to be tabled before the U.N. General Assembly or even Iran’s parliament, the Majlis, but not the U.S. Congress.

Last week, a group of left-wing Democratic legislators led by Rep. Rashida Tlaib and backed by her House colleagues Alexandria Ocasio-Cortez (D-N.Y.), Ilhan Omar (D-Minn.), Cori Bush (D-Mo.), Jamaal Bowman (D-N.Y.), Betty McCollum (D-Minn.) and Marie Newman (D-Ill.), presented a resolution on the subject of the nakba—an Arabic word meaning “disaster” or “catastrophe” that Palestinians use as shorthand when talking about the creation of the State of Israel in 1948. In keeping with the language and themes that feature in the U.N.’s ritual denunciations of Israel, the resolution portrays the Jewish state as an incorrigible colonizer. “[T]he Nakba refers not only to a historical event but to an ongoing process of Israel’s expropriation of Palestinian land and its dispossession of the Palestinian people that continues to this day,” the resolution argues.


We shouldn’t be under any illusions about the core message of this resolution. Without saying so explicitly, the resolution effectively denies Israel’s right to exist by endorsing U.N. General Assembly Resolution 194 of December 1948, which specifies the right of Palestinians who fled from Israel during the War of Independence in that year to either return to their original homes or receive compensation. Especially as the original 750,000 refugees now number more than 5 million—thanks to the transfer of refugee status to subsequent generations of Palestinians—incorporating such an enormous and largely hostile population within the borders of Israel would almost certainly result in appalling acts of terrorism and violence, as well as the demise of a sovereign Jewish state.

While the resolution doesn’t explicitly demonize Zionism as a form of racism, as the United Nations expressly did in 1975, that is the conclusion its authors would like you to reach. This is no appeal for a historic accord between Zionism and Palestinian nationalism based on compromise and a final partition of the land between sovereign states. Rather, the resolution is an orthodox anti-Zionist screed that denies both the indigeneity of the Jewish population and the legitimacy of its national project. It is, in other words, the “original sin” version of history holding that the Jews stole Palestinian land and then justified the theft by invoking an invented past—the exact same discourse that has bedeviled peace efforts for decades through its insistence that the resolving the Palestinian question requires Israel to cease its independent existence, and the Jews to recognize that they are not a nation but a confession.

Of the many distortions of past and present contained within the resolution, one of the most glaring is its claim that the transfer of refugee status across multiple generations of Palestinians is legally and morally justified.“[P]rotracted refugee situations are the result of the failure to find political solutions to their underlying political crises,” it states. UNRWA, the refugee agency dedicated exclusively to the Palestinians, says much the same: “Under international law and the principle of family unity, the children of refugees and their descendants are also considered refugees until a durable solution is found.”

The U.N. Convention on Refugees of 1950 lists a number of circumstances in which an individual’s refugee status would no longer apply—for example, by adopting the nationality of their country of refuge or through the resolution of the conflict that resulted in the upheaval of civilian populations. During the last 50 years, numerous political solutions have been advanced that would have resulted in Palestinian self-determination and thus the resolution of the refugee question, but the stumbling block for the Palestinian leadership has been its reluctance to recognize that the existence of Israel is non-negotiable and permanent.

Meanwhile, instead of seeking fundamental rights for the descendants of Palestinian refugees in the countries where they were born and where they live—to own property, to work in jobs and professions of their choosing, to travel freely with a passport, along with other rights they are presently denied by host nations—Palestinian advocates in Western countries like Tlaib remain adamant that their wretched position must remain unaltered until Israel alone is forced to yield. This eliminationist program masquerades as humanitarianism.

The resolution also tells us a great deal about the determination of the Palestinian lobby to cast suspicion upon the sympathy and solidarity with Israel demonstrated by the majority of American Jews. When you examine the impact of the various anti-Zionist initiatives in the United States and Europe over the last 20 years, it quickly becomes apparent that their principle effect has been to diminish the security of Diaspora Jewish communities.

The BDS campaign that would quarantine Israel from the rest of the international community as a prelude to its dissolution has manifestly failed to influence the situation in the Middle East, but it has successfully driven Jews out of labor unions, turned university campuses into ideological war zones and even encouraged anti-Semitic violence. The multiple assaults reported on Jews during the demonstrations against Israel that accompanied the 11-day conflict in Gaza this time last year—executed under the slogan “Free Palestine”—were the starkest indication yet that the pro-Palestinian movement has embraced the notion that Jews are collectively guilty, wherever you happen to find them.

If anything, the intensity of this latest offensive will only increase. Last Tuesday—three days after a white supremacist shot 13 people at supermarket in an African-American neighborhood of Buffalo, N.Y., citing the antisemitic and racist “Great Replacement” conspiracy theory as vindication—dozens of American Muslim organizations issued a statement denouncing Jonathan Greenblatt, CEO and national director of the Anti-Defamation League, for a May 1 speech in which he defined anti-Zionism not just as a form of anti-Semitism, but an “ideology rooted in rage” that “requires a willful denial of even a superficial history of Judaism and the vast history of the Jewish people.”

Greenblatt then mentioned a number of episodes in the United States in which the targets of erstwhile attacks on “Zionism” were ordinary Jews. But instead of grappling with this reality, as well as the painful fact that many of the assailants in last May’s explosion of anti-Semitic violence were young Arab-Americans, these organizations have chosen to play the victim, complaining that the sordid incidents shared by Greenblatt amounted to a smear against human-rights activists.

Bridging this chasm is impossible because the outcome dreaded by Israelis and Jews across the world—the dissolution of the Jewish state that came into existence nearly 80 years ago—is presented as desirable and noble by the “Free Palestine” lobby. Just as impossible is the prospect of this same lobby acknowledging that much pro-Palestinian discourse is infected by bigoted ideas about Jews. In their eyes, if anti-Semitism does exist, then it is the preserve of the extreme right alone.

The challenges for the Jewish community here aren’t exactly novel, as anyone who has followed the febrile row about anti-Zionism and anti-Semitism over the last two decades can attest. But what has changed over that time is the international community’s perception of the Israeli-Palestinian conflict. The always outlandish idea that the peace of the world somehow hinges on the creation of a Palestinian state is no longer taken seriously, while Israel enjoys growing acceptance in international institutions, including within some of the U.N.’s own agencies and committees, and among Arab and Muslim nations themselves. Those who genuinely care about the future of the Palestinians will encourage them to find their place within this new framework, rather than fighting for a return to the old one. 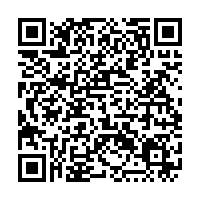