Meretz Knesset Member Ghaida Rinawi-Zoabi has reversed course three days after her announcement that she was resigning from the government coalition.

Her decision was announced following a meeting in Jerusalem on Sunday with Foreign Minister Yair Lapid (Yesh Atid) and representatives of the Israeli Arab sector.


The move brings the coalition back up to 60 seats in the Knesset and removes the threat of snap elections.

Last week, Rinawi-Zoabi’s resignation dropped the coalition to a minority government of only 59 out of the 120 seats in the Israeli parliament.

Had she stuck by her decision, Israel might well have been on its way to its fifth election in three years.

But those who attended the meeting from the Arab sector made it clear they still prefer the current composition of the coalition rather than the alternative – a right-wing government led by Likud.

A source who participated in the discussions told Ynet (on condition of anonymity) that Rinawi-Zoabi had felt Arab leaders were not being heard, and that she was failing to bring achievements to the sector.

Nazareth Mayor Ali Salem, who was present at the meeting, said in an interview with Radio Nas that “thanks to MK Ghaida Rinawi-Zoabi, every Arab local authority will receive NIS 200 million in government funding.” 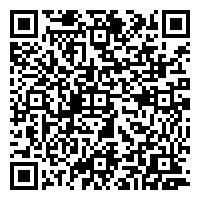