At a hearing of the House Armed Services Committee last week, Gen. Mark Milley, chairman of the Joint Chiefs of Staff, said this about critical race theory: “I’ll obviously have to get much smarter on whatever the theory is, but I do think it’s important actually for those of us in uniform to be open-minded and be widely read.”

Fair enough, but that leads to this question: How does one become smarter about CRT? In much of the media, it’s being described as nothing more than an “academic concept” or an “analytic tool” for understanding “white rage” and “systemic racism.”


That assumes there is convincing evidence to support the charge that people with pale skin are especially prone to violent, uncontrollable anger. And is the claim that “systemic racism” is the defining feature of 21st-century America really beyond debate?

Coverage of the hearing may have misled you about what troubled several members of Congress: not military personnel learning about CRT but rather CRT advocates proselytizing to military personnel. It seems that “foundational” military reading lists now include, alongside books on history and strategy, tracts on CRT that allege that all people of color are victims, and all people of pallor are victimizers—irredeemably so.

Rep. Mike Waltz, a former Green Beret, cited a classroom slide labeled “White Power at West Point,” and a seminar at the academy titled “‘Understanding Whiteness and White Rage’ taught by a woman who described the Republican Party platform as a platform of white supremacy.”

Waltz expressed concern that “our future military leaders are being taught that the Constitution and the fundamental civilian institutions of this country are endemically racist, misogynist, and colonialist and therefore it is their duty to resist them.”

He added: “The military needs to be open to all Americans, absolutely, that is the strength of the United States military. But once we’re in, we bleed green, and our skin color is camouflage.”

As suggested above, if you want to understand CRT, the mainstream media is not a reliable source. Look instead to the Manhattan Institute or the Heritage Foundation or to historian Allen Guelzo, director of the James Madison Program Initiative on Politics and Statesmanship and senior research scholar in the Council of the Humanities at Princeton University.

Last week, he was interviewed by the American Enterprise Institute’s Danielle Pletka and Marc Thiessen on their excellent “What the Hell Is Going On?” podcast. You should listen to the entire conversation, but I’ll touch on a few key points here.

Critical race theory is a variant of critical theory, Guelzo explains, and has its “origins in a reaction against the Enlightenment and against the confidence that scientific reason could discover the answers to things.” Of particular note: Immanuel Kant, a 19th century philosopher, developed “a critique of reason, a critical theory, if you will.”

This “set off a chain reaction of romantic investigations for non-rational explanations of reality.” For example, “you might think that economics functions as what Adam Smith called a natural instinct to truck and barter.” But Karl Marx saw it as “governed by the oppressive relations of class”—a struggle between the oppressor class (capitalists, employers, the bourgeois) and the oppressed class (workers, the proletariat). Marx further asserted that overcoming this “structure of oppression” requires revolution.

Another ideology that grew out of critical theory: Nazism. If one believes, as do Nazis, “that the Jews are responsible for all political and economic events, then my pointing out that the overwhelming majority of political leaders are not Jews merely shows that I am either a dupe of the Jews or that I’m in on the fix. That is how Nazi racial theory functioned.”

While some people cast as oppressors will acquiesce to the establishment of this new, race-based hierarchy, others will embrace what Guelzo calls the “opposite irrationality. The irrationality, for instance, of genuine white supremacy, of genuine Aryan Nazi fairytales.”

So, if CRT becomes the new orthodoxy at West Point and other educational institutions, in federal bureaucracies and corporate America, increased racial division, animosity and conflict will inevitably result.

CRT also envisions group rights replacing individual rights, and the destruction of capitalism and the institutions of American democracy. Because they are seen as “systemically” racist, they must be “exploded,” as CRT advocate Derrick Bell wrote.

And, of course, Martin Luther King’s dream of American children one day living “in a nation where they will not be judged by the color of their skin but by the content of their character” will be relegated to the dustbin of history (to borrow a phrase from critical theorist Leon Trotsky).

If Gen. Milley is to “get much smarter” about CRT, he will need to understand such things. He’ll also need to grapple with this question: Why should young people, of whatever color, serve in the armed forces and risk their lives to defend the failed experiment that CRT alleges America is and always has been? 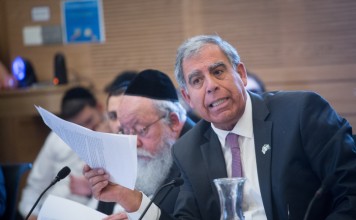 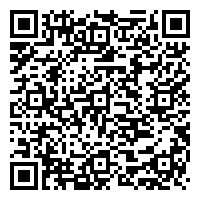