The Jerusalem Jewish Film Festival recently rejected Robin Garbose’s masterful “A Light for Greytowers” – the first feature-length musical film marketed “by women, for women” in accordance with halacha (Jewish law) – on the basis of gender discrimination.

Having initially invited Garbose to show her film during the December festival based on its artistic merit, the powers-that-be decided that marketing the film “for women only” goes against the festival’s non-discrimination policy.


According to the Jewish law of kol isha, men – other than close relatives (fathers, brothers, husbands, sons) – may not hear a woman’s singing voice. Therefore, anyone who screens “Greytowers” must market it for women and girls only (though men who insisted on attending wouldn’t be physically removed from the premises).

“The authors of the novel on which the film is based as well as the women and girls who appear in the film do not sing in front of men out of deference to kol isha,” commented Garbose, a Hollywood director who embraced Orthodox Judaism nearly 20 years ago.

“I believe that the Jerusalem Jewish Film Festival should honor their voice, which represents hundreds of thousands of Jews, as deserving of artistic representation among the panoply of Jewish voices the festival has as its mission to explore.”

“Greytowers” features a predominantly female cast, though a few men appear in both major and minor roles. Men and women never appear in the same frame and only women and girls perform in the musical numbers.

“Though the film qualified artistically and its importance to Jewish cinema has been acknowledged by you,” wrote Garbose in a letter to the festival board after the rejection was announced, “you still cannot be open to a new Jewish voice because its very essence is inextricably bound to Jewish law … you have deemed that Jewish art that comes from the religious community is acceptable only if it conforms to non-religious standards.”

The Jerusalem Jewish Film Festival claims to promote diversity in its selection of films, yet it won’t recognize religious Jews as being part of that diversity. By including “Greytowers” and screening it for women and girls only, the festival would probably draw an appreciable Orthodox Jewish crowd for the first time in its history. Plus, as Garbose pointed out, the festival could have taken credit for the debut of the concept of kol isha on the world stage.

“I think they’re making a big mistake on many levels,” said Garbose. “This could be a wonderful opportunity for cross-cultural understanding as well as [for] get[ting] them a lot of good publicity and bring[ing] in a truly diverse audience.”

Garbose made the film in strict accordance with halacha. She based “Greytowers” on the novel of the same name, which deals with a young Jewish girl who finds herself in a horrible orphanage in Victorian England but comes out on top because of her strong faith in God.

Garbose’s husband and co-producer, Levi Garbose, wrote the film’s musical numbers, creating a moving, exciting score in combination with an inspiring story. Add to that amazing vocal and acting talent – and a bunch of adorable little girls.

“This is simply heartbreaking,” said screenwriter David Weiss. “That the festival can’t find some way to make this film available to its attendees is the kind of thing that has to leave God and his angels (in this case little girls) shaking their heads. Heaven help us if folks actually try to adhere to Jewish tradition … in Jerusalem! If we can’t even tolerate ourselves, how can we dream to hope others will?”

By sharp contrast, the Atlanta Jewish Film Festival jumped at the chance to screen “Greytowers” next year. In a letter to Garbose, Atlanta festival representatives said they were “particularly excited about the unique outreach opportunities this film presents.” They welcome the prospect of drawing Orthodox crowds, which they know they can do only by marketing the screenings as a “‘by women, for women’ film experience.”

Meanwhile, Garbose has announced plans to present a protest screening of “Greytowers” at the Menachem Begin Heritage Center, across the street from the Jerusalem Jewish Film Festival, on December 13 and 15. So the Israeli premier of “Greytowers” will coincide with the festival’s opening on December 13. 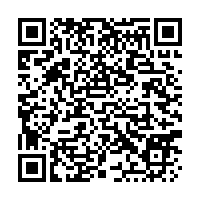