Nothing is more elusive than perfection, yet perfection is a notion that frequently surfaces in the realm of shidduchim. For example, singles are often told by people on the outermost fringes of their lives, “I know someone perfect for you.” How preposterous, how presumptuous! Yet singles permit themselves to be excited by this declaration so that they may be further disillusioned when the shidduch invariably turns out to be anything but perfect.

Perfection comes camouflaged in many forms and guises. One such guise is the “great catch.” When singles are described as a “great catch,” the presumption seems to be that anyone would be lucky to be married to them, and thus mere ordinary singles should eagerly consent to go out with them. No further thought need be given to whether the two people are fundamentally compatible and have a fighting chance of building a sustainable, healthy relationship. One doesn’t pass up a great catch.


On the flipside, singles who bear this mark of distinction are counseled by their managers and posse (parents and friends) not to settle for less than they can expect on the open market. Few items are more lamentable in the gossip circuit than a great catch settling for someone ordinary. Such events only feed speculation that there is something wrong with the great catch that we didn’t know about. “At least they’re happy together,” the gossipers may ruefully conclude, though of course they don’t believe that to be possible.

There is also the perfect shidduch résumé – a sanitized, utterly sterile description of a single that in fact describes little of the actual person. After we learn the age and height of the single, the attention then shifts to people who really should have their own résumé (parents and siblings) instead of taking up so much crucial space on this one. A few pithy lines “describe” the single; these lines concentrate on pleasant-sounding generic adjectives that describe everyone and no one: “outgoing,” “spiritual,” “serious,” “fun,” “kind,” “nice,” “intelligent,” “giving,” etc.

This shidduch résumé is perfect because it is bulletproof. Everyone will confirm its accuracy and there are no obvious blemishes or red flags. What is striking about the perfect résumé is how similar it is to so many other perfect résumés (uniqueness and individuality are apparently not components of perfection in the shidduch world). It leads one to believe that Jewish men and women are so uniform that they are interchangeable parts, and thus any man should be able to successfully marry any woman so long as vital features such as age, height, and whether or not they watch television match up. After all, this is what determines the fate of the relationship.

Yet somehow it isn’t working out so well. This is the great enigma of the shidduch crisis: that there are so many great single men and women out there, so many great catches who have been waiting for years to be caught, so many people who are just perfect for one another on paper who just don’t work out together in real life. They can’t all be too picky.

(Hence the belief in some circles that this crisis is an act of God. For some reason unknown to us – though all theories that blame someone other than our immediate selves are welcome – God is angry and is abstaining from His primary pastime since creating the world. Those in this camp favor appeasing this randomly vengeful God with various manner of segulos, blessings of self-proclaimed mystics, intercessions of the dead, and other incantations of dubious efficacy. Every segula has someone identified only by initials who tried it and got married three hours later, but it seems to be less effective for the rest of us.)

There are those who probe a little deeper than the sterile, completely irrelevant items on the standard shidduch résumé. They know that the three primary items to match on paper when making a shidduch are pedigree, schools attended, and economic standing. If these items line up along with age, height, and the cocktail of generic adjectives, then we have a perfect shidduch.

Perfection is used to describe families and upbringings. A perfect family is one that is distinguished in that its individual members are indistinguishable from one another. All of them learn Torah 25 hours a day, except when they are performing acts of chesed and earning a comfortable living. All of them are brilliant and good looking, the picture of health and fitness (despite not wasting time on exercise, of course), the top of their class, and highly regarded in the community. 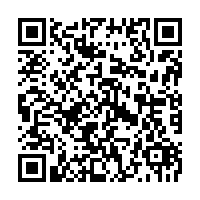