I was in Israel over the Pesach holiday and had been asked by a reader of The Jewish Press to deliver an envelope to Ida Nudel, the well-known former Soviet refusenik.

I certainly remembered her name from the 1970s and ‘80s, when the movement to free Soviet Jewry was at its height. Some of the names from that era stood out more than others: Anatoly Sharansky, Silva Zalmanson, Yosef Mendelevich, and, of course, Ida Nudel. For years they had tried, at great cost to themselves and their families, to leave the Soviet Union. So I considered it an honor to personally hand this generous gift to Ms. Nudel from a well-wisher.

It took some time to locate her as she was living a quiet life away from the limelight. Everyone I asked remembered her but no one knew where in Israel she resided. Finally, with the help of a good friend, I found her, and set out a few days after the holiday with a young man close to my family who offered to drive me.

I’m not sure what I expected; I hadn’t seen a picture of her in decades. We were greeted by a spry, petite, 85-year-old woman, not quite five feet tall, with a smile that lit up her whole face. She had prepared a spread for us and was happy to have us in her neat apartment. I gave her the envelope from our reader and she gave me her book A Hand in the Darkness: The Autobiography of a Refusenik.

We stayed for close to an hour and enjoyed talking with this remarkable woman. But the truth is, I still had no idea of just how great a heroine Ida Nudel was.

I returned to the United States, got over my jetlag, and tackled the load of work waiting for me. And I finally had a chance to start reading Ida’s book about her fight to free Soviet Jews and her unbelievable road to freedom in Israel.

It was hard to put the book down but it was also hard to keep reading of her suffering.

Nothing that we in the U.S. had heard about the Soviet repression of human rights was adequate preparation for reading Ida Nudel’s personal account of what had been done to her. For years she had risked her life to help hundreds of imprisoned Jews emigrate to Israel. For that she paid a heavy price, suffering beatings, death threats, assassination attempts, and exile to Siberia after a mock trial. Along the way to Siberia she was imprisoned and suffered the basest humiliations, but she never lost her dignity.

Siberia was a torture in itself, with temperatures going as low as 65 degrees below zero (Fahrenheit) and snow that was higher than she was. She knew no one would come to shovel her out and that they probably hoped she would die. After days of being snowed in she started painstakingly scraping away at the snow with a knife and eventually made a tunnel through which she could get out.

At some points, as I learned of all her tortures, I thought I was reading an account of suffering at the hands of the Nazis during the Holocaust.

Even after her exile was officially over she was not permitted to return to Moscow nor was she allowed to live in any of the big cities. She was watched day and night and was threatened continually. All the while she never gave up her fight to make aliyah and to help other Jews leave as well.

Until she herself became a prisoner, she wrote to prisoners and lobbied to get them better conditions. One and all, they acknowledge it was her devotion to them that kept them going in their darkest night. And they credit her in part for their eventual exit visas. 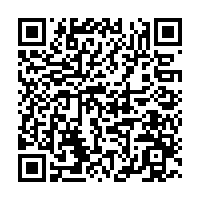